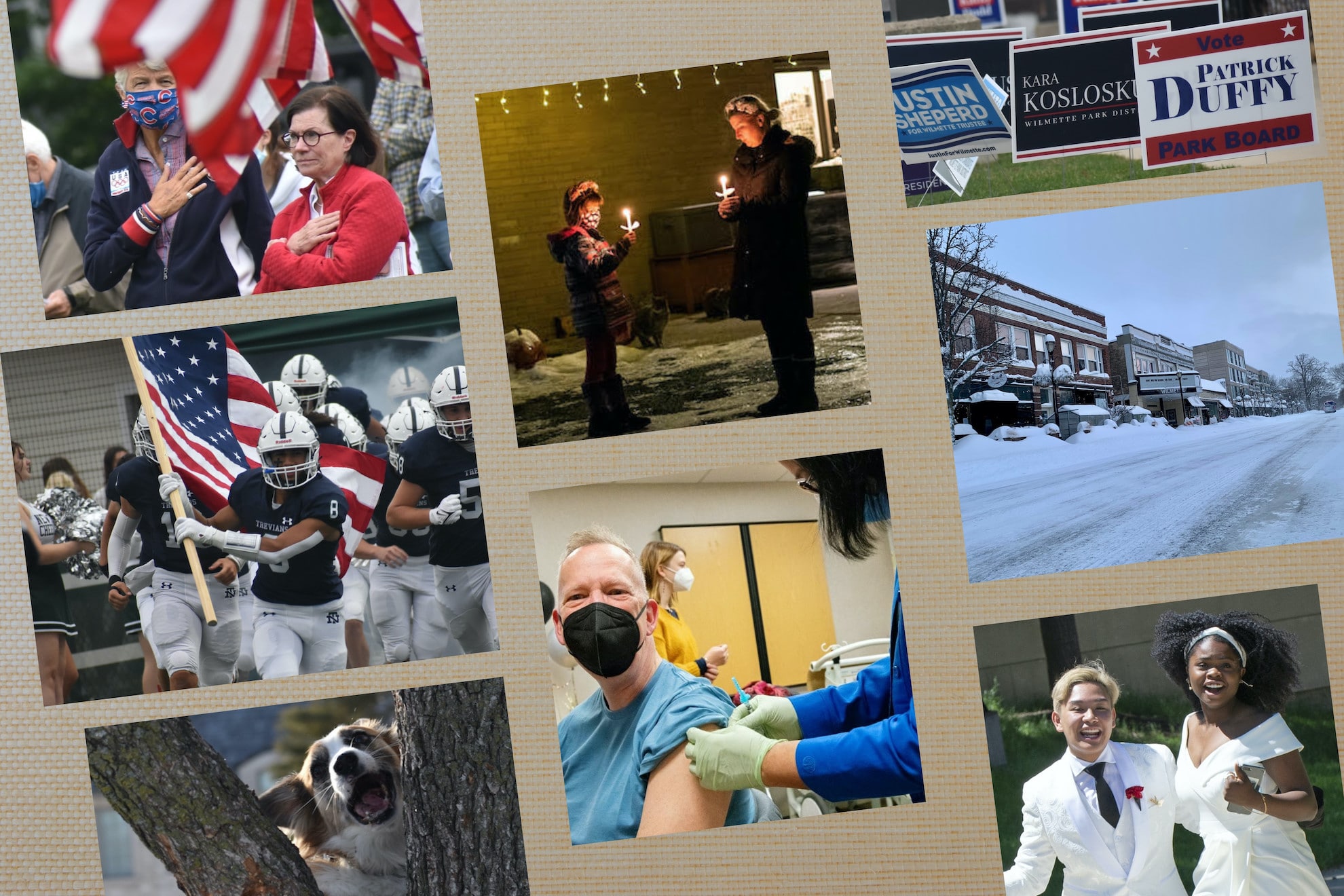 Apologies in advance if you look at this list and think, “That was this year?”

The difficulties of 2020 carried over into and through 2021, making the 365-day journey feel longer than usual.

The path of the COVID-19 pandemic changed as regularly and sharply as the Chicago weather, but at its end, it was a year that was endured. As we look back at the year that was, positive and uplifting stories make plenty of appearances amid the challenges of 2021.

Here are the 12 most-read stories of 2021 at TheRecordNorthShore.org, as well as the top stories by month:

1. Wilmette police stand by arrest of Chicago sportswriter after charges are dropped (Sept. 16)

An arrest for DUI drew interest in the fall after the charges were dropped against a longtime Chicago media personality, who publicly aired his grievances with the arrest. For this piece, The Record reviewed police reports and dash-cam footage and spoke with involved parties.

While much is left uncovered in this news report, local authorities arrested and charged a teenager in October with multiple counts of rape. Stay tuned to The Record in 2022 for updates in this case.

A tragic car accident on Willow Road claimed the life of a west-suburban woman.

Readers teed off on this story, building excitement around a new restaurant coming to town based on the classic golf comedy “Caddyshack” and from the famed Murray brothers, who are originally from Wilmette.

A profile of football player James Kyle made the rounds in September. Kyle was one of the state’s top recruits before a medical condition put him on the sidelines his junior year. But he became a man with a plan to get back on the field.

Restaurant news compelled local readers throughout 2022. The Record broke the news early in the year of Pomeroy. The restaurant is now open and a popular downtown Winnetka option.

Part of a series of stories from Martin Carlino in 2020 and 2021, this article reports the official decision by the high school to raze historic Gates Gymnasium.

8. Police Reports: Kenilworth family finds stranger in their home and petting their dog; CTA employee spit on; and more (Aug. 8)

An unexpected entry on the most-read list, this brief but strange police report caught readers’ attention.

Nearly a month after a fatal hit and run in Lincolnwood, an 18-year-old Wilmette high schooler was taken into police custody. This report contains plenty of details on the investigation, crime and its unusual aftermath.

Samatha Cerrone, 16, was killed in June when she reportedly tripped and fell onto the third rail. If combined with a followup tribute piece on Sam, this story would have been the third most-read story of the year.

And even more restaurant news. The dining turnover in downtown Winnetka was more complicated than it seemed, as two longtime restaurants faced eviction for under-paid rent during the pandemic.

1. At 104, Nioma ‘Gigi’ Eisen celebrates a first: a birthday party inside an igloo during a pandemic

3. Freeze Frame: ‘Glencoe treasure’ to be featured on ‘The Today Show’

3. 5 of 6 New Trier School Board candidates answer questions from The Record (audio)

3. 18 years after he helped deliver him in a Wilmette Starbucks bathroom, Griffin Baron meets Jonathan Celner

1. ComEd fire in Wilmette causes ‘widespread’ power outage to about 5,000

1. Police Reports: Kenilworth family finds stranger in their home and petting their dog; CTA employee spit on; and more

1. Wilmette police stand by arrest of Chicago sportswriter after charges are dropped

3. New Trier’s Cremascoli gets it done on air and ground in commanding victory over Stevenson

1. In Tribute: Ned Smith leaves lasting legacy in Wilmette and beyond

3. ‘They played better than us in pretty much every aspect of the game’: Maine South ends New Trier’s season in playoff opener

1. One dead in three-car wreck in Winnetka

2. Winnetka’s ‘Home Alone’ house available to four lucky guests for one night only