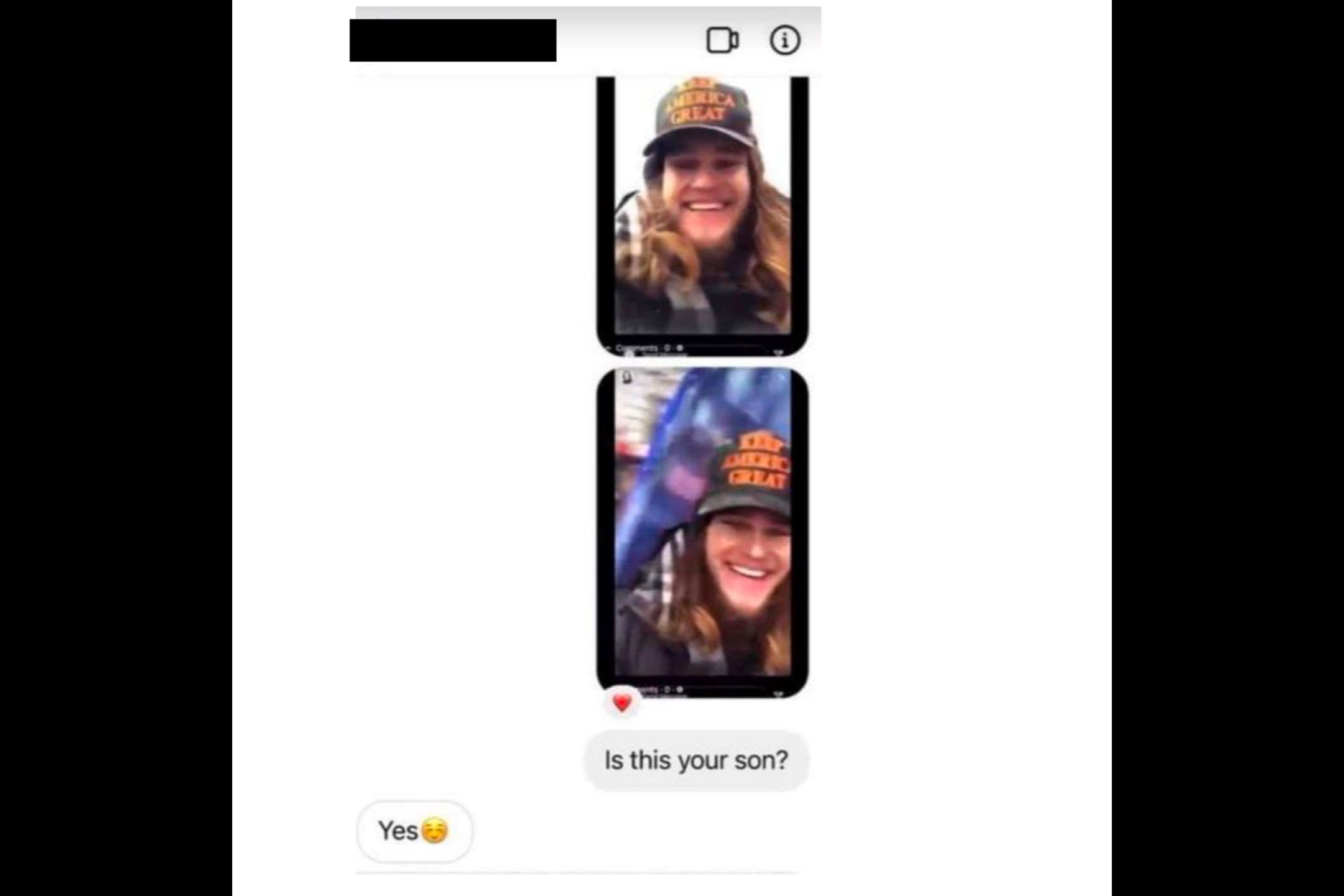 A 24-year-old Kenilworth resident and graduate of nearby Lake Forest High School was arrested the morning of Tuesday, June 8, for his alleged involvement in the deadly riot Jan. 6 at the United States Capitol.

Federal prosecutors charged Christian Kulas with two misdemeanors: knowingly entering a restricted building and disorderly conduct on Capitol grounds, according to a federal affidavit and first reported by other Chicagoland media.

According to a criminal complaint filed in United States District Court, the FBI received multiple tips on Jan. 9 that someone by the name Christian Kulas was pictured in images and videos of the “unlawful activity that occurred on Jan. 6, 2021, in and around the U.S. Capitol Building and grounds.”

Federal officials say that a cooperating witness provided them with video clips from an Instagram account with the username “radheshyam97,” according to an affidavit from FBI Special Agent Jacob A. Schaefer supporting the criminal complaint.

The account — which the FBI reportedly later determined belonged to Kulas through tracing the registered email address — shows five videos depicting scenes from the Jan. 6 riot.

One of the provided videos shows a man smiling as he walks up the steps of the Capitol building. According to the affidavit, the individual in the video is wearing a dark baseball hat with the words “Keep America Great” in bright orange letters and dark coat with a Burberry print around the hood of the coat.

Other provided clips from the account show large groups of people climbing the steps and the exterior wall of the Capitol building.

A second witness, who the FBI said attended middle and high school with Kulas, told officials that they were “highly confident” that the videos posted by the account and the individual depicted in them, was Kulas.

This witness also identified Kulas as the speaker in one of the videos featuring a male voice saying, “storming the Capitol.”

According to Schaefer, the FBI obtained additional video footage from “a variety of sources that appears to show KULAS inside the U.S. Capitol Building on January 6, 2021, wearing the same hat and Burberry coat depicted in the videos posted by the Instagram Account.”

Federal officials also say in the affidavit that Kulas’ mother confirmed Christian’s identity in response to a question asked about photographs taken from Jan. 6 at the Capitol building in a social media exchange.

Kulas graduated from Lake Forest High School in 2015, according to school documents, where he ran cross country.

His family lived in the Lake County suburb until 2015 when it sold its home for $3.3 million, property records show.

The family had a home in Winnetka until the fall of 2020 and currently lives in the 200 block of Sheridan Road in Kenilworth. According to village documents, the Kulas family applied for a large-scale home variance to the property earlier this year.

Christian Kulas’ father, Mark Kulas, also own a locally based cleaning service called Kulas Maids. The service’s website says the company is based out of nearby Northbrook.

Federal officials have arrested approximately 465 on charges related to the Jan. 6 Capitol breach, according to the United States Department of Justice. More than 125 individuals are charged with assaulting or impeding law enforcement, the department says.