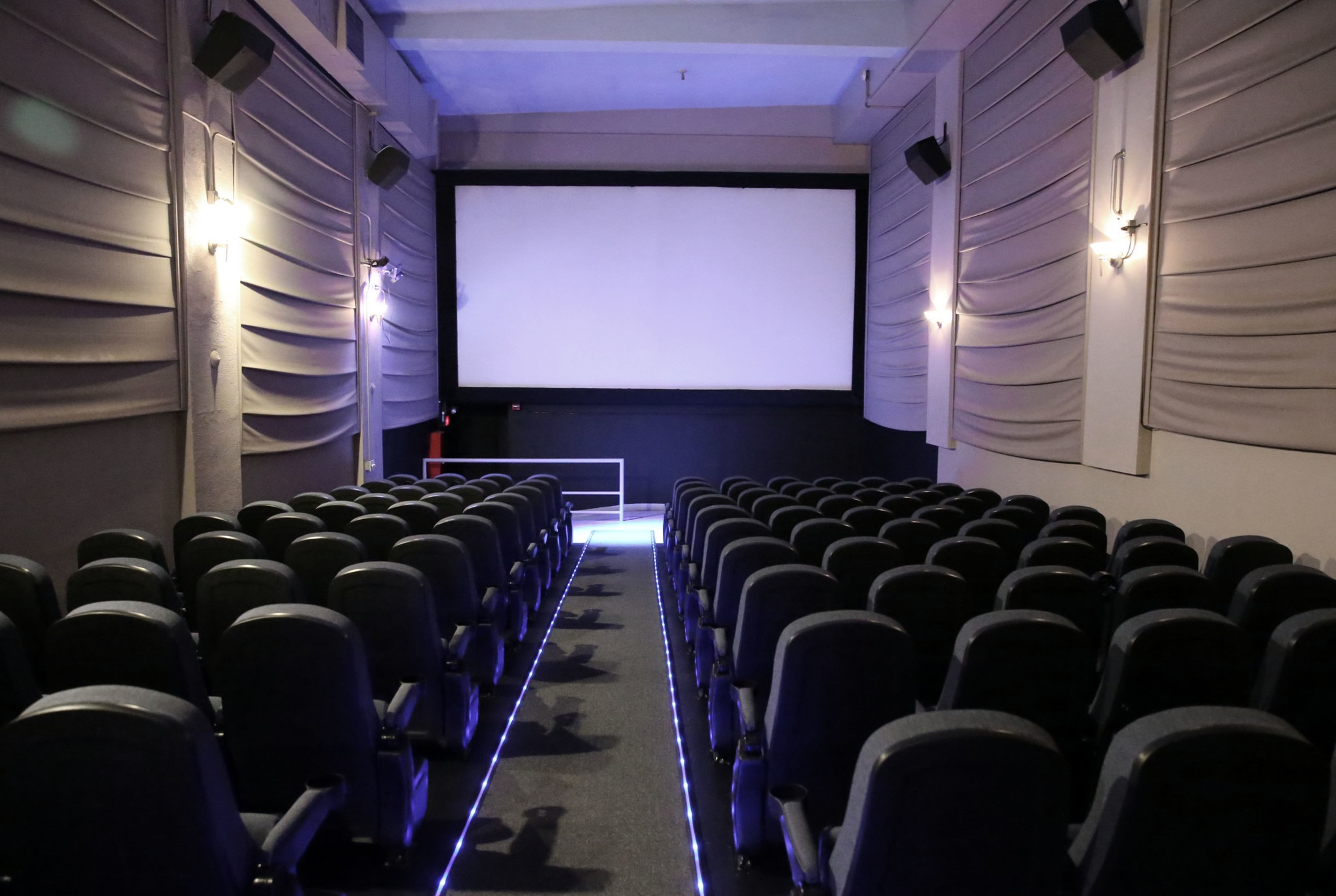 (EDITOR’S NOTE: An earlier version of this story reported that none of the theater’s bathroom renovations had begun, which was not accurate. The report also previously quoted a source as saying the electrical work as “on hold.” The source revised their statement.)

The Wilmette Theatre may be temporarily closed, but it is still delivering drama.

Starting June 28, the nonprofit’s top four leaders resigned in a span of four days, leaving the local theater — formally the Wilmette Theatre Education Project NFP — with just three board members and no full-time employees as officials attempt to complete renovations and reopen.

Remaining on the board are Stephanie Rupp, Rich Wickel and Mike Murdock, the board’s treasurer and lone remaining officer.

In a series of interviews, the former and current board members told The Record that months of infighting split the board and led to heated discussions about the delayed renovations and accusations of misbehavior.

Roenisch and Murdock said the final straw came in the aftermath of a board meeting June 14, when a board quorum — sans Murdock and Wickel — approved an agreement with an electrical contractor.

Upon hearing the decision via email, Murdock reportedly sent a digital reply to his boardmates announcing his displeasure with the agreement. He told The Record he felt the board held an improper meeting and that the contractor was overpriced.

Roenisch described Murdock’s reply as aggressive and said it led to a series of emotional exchanges between Murdock and the board’s leadership.

“The rhetoric involved that I heard was disproportionately hostile to the task at hand,” Roenisch said. “ … If tasks are going to be that difficult to get done on a small board, it is too much and I felt it was unnecessary.”

Murdock — a real-estate investor who also is the president of the Wilmette Park Board of Commissioners, another disharmonious board that has seen its members criticize his behavior and leadership — said on multiple occasions he and the executive board disagreed on “facts and issues” and he “stuck to his guns and that was perceived as being disruptive.”

The board eventually agreed on a less-expensive contract brought forth by Murdock; however, the work has yet to begin, he said.

Two weeks after the Wilmette Theatre board vote and ensuing conflict, Wiegel resigned, which led one board member to request that Murdock step down “for the good of the theater,” according to multiple board members, including Murdock.

Murdock refused and two days later on July 2, Roenisch and Fessler raised to their fellow directors a motion to remove Murdock from the board. The motion failed 3-2, with Rupp and Wickel joining Murdock in dissent.

“They tried to push me out, which I think was foolish,” Murdock told The Record. “They should have found a way to work together. I wanted to work together with them. It’s a shame they chose to give ultimatums instead of working together.”

When contacted, Rupp told The Record she would comment via email but did not return questions from The Record as of press time, and the Record was unable to reach Wickel.

After the vote, Roensich and Fessler resigned, followed by Wendy Sharon, the theater’s executive director for seven years, who said with Roensich, Fessler and Weigel gone she disagreed with the direction of the board.

“It’s all really sad,” Sharon said. “… (There are) too many obstacles and too much arguing and disagreeing.”

Fessler declined to comment on her resignation. Weigel did not give specifics, but said “many factors” led to her decision to step down. She would not single out any individual as among those factors.

Roesnich said she did not see “a path forward” without Weigel’s leadership, specifically in relation to the renovations.

The Wilmette Theatre is in the process of overhauling its restrooms, upgrading the facilities and making them ADA compliant. The work requires various permits from the Village of Wilmette.

In January, the board reportedly turned to Murdock, who has construction experience, to secure the permits and guide the project to a spring 2021 completion.

The proper permits were not issued until May, and the bathroom work — which is necessary for the theater to reopen — is now reportedly underway.

Former board members claim the delay has cost the theater substantial revenue.

According to Sharon, the theater did secure grant funding in 2021, including a Shuttered Venue Operators Grant from the federal Small Business Association. A requirement of the grant, however, is that the venue reopen by the end of 2021.

Murdock did not provide a specific reopening time line but stated the theater plans to reopen in some capacity before the end of the year.

A public-records request sent by The Record to the Village of Wilmette was not returned by press time.

Wilmette Village Manager Mike Braiman said there is always “back and forth” between applicants and the village’s planners, but a four-month span is “certainly a long time” for a permitting process and the sooner the theater opens the better.

“The success of the theater is critically important to the vitality of our downtown and our community as a whole. It is a prize asset,” Braiman said. “… We want to see it thrive and be successful and have worked with the theater throughout the process so they can do the work that will help them reopen.”