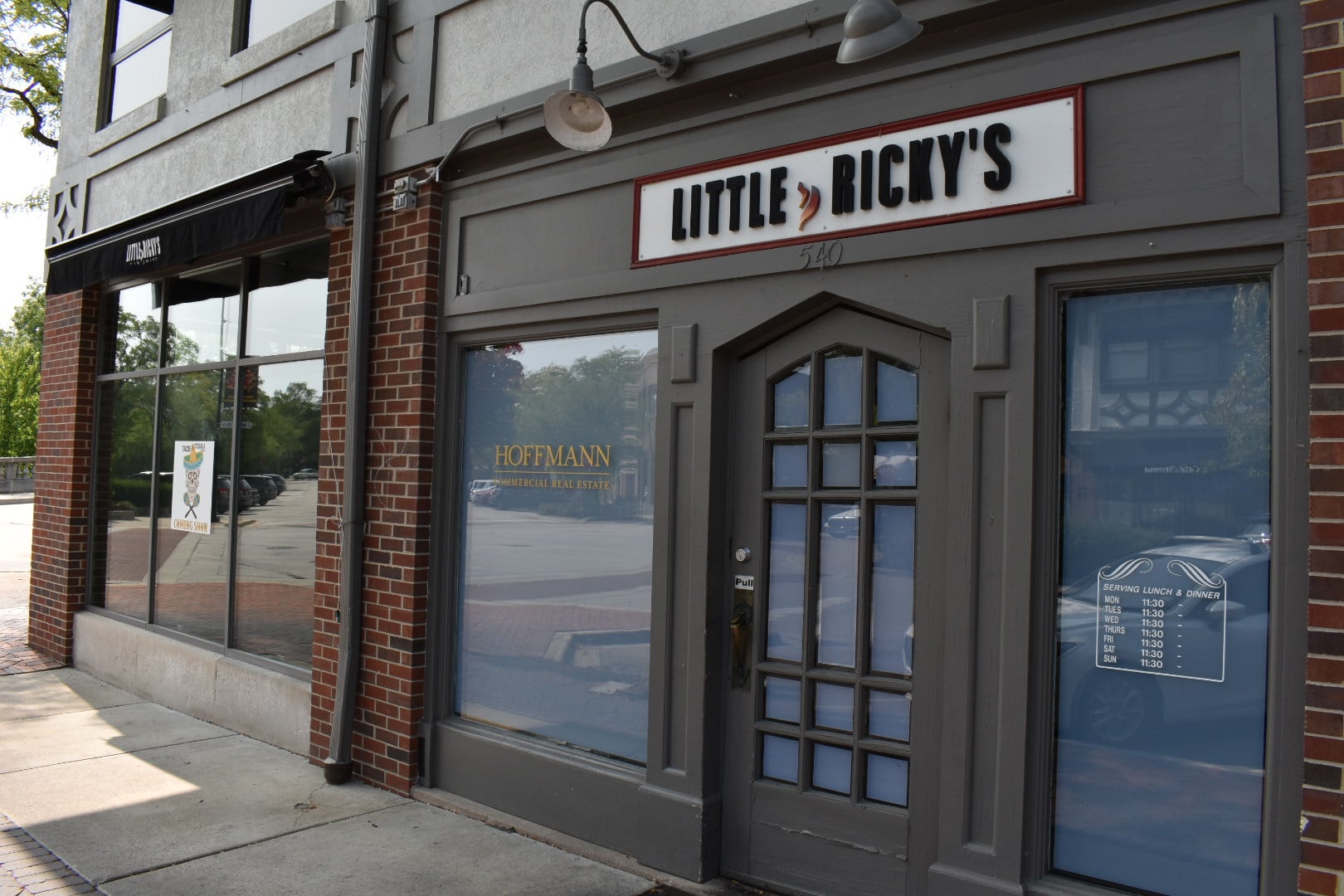 Little Ricky's is one of three storefronts at Lincoln and Elm that are making way for two new restaurants. | Photos by Joe Coughlin/The Record North Shore

This spring, two new restaurants will open instead of three longtime Winnetka businesses at Lincoln Avenue and Elm Street.

Hoffman’s CEO Greg Hoffman said he could not reveal details of the settlement agreements; however, the firm served Little Ricky’s and Cafe Aroma with eviction lawsuits seeking to recover $38,489 and $29,943, respectively, according to court documents.

Trueman did not face litigation before settling, Hoffman said.

Cafe Aroma owner Mitra Ryndak told The Record she was wronged by her former landlord and did not have an opportunity to make up for missed rent payments from April to July, most of which time the restaurant Cafe Aroma was closed, she said.

“I made that place brick by brick from my own money,” she said. “… This is most unfair. I left not by choice but by force.”

“It’s been stressful for retail, in particular restaurant spaces,” he said. “(Little Ricky’s and Cafe Aroma) were long-established and had a really nice following, but unfortunately, things happen and business plans change. These were unforeseen circumstances, and we have banks that we answer to.

“We wish both those owners nothing but the best. It’s an unfortunate situation but a necessary one.”

In April 2020, Ill. Gov. JB Pritzker put a moratorium on residential evictions and the enforcement of commercial evictions. Landlords, however, could still pursue evictions of their commercial tenants.

Hoffman Commercial Real Estate is the most prominent commercial property owner in Winnetka. There are 26 properties in Hoffman’s North Shore Holdings portfolio, and it purchased the properties at Lincoln and Elm and inherited the leases in 2017.

The firm filed the eviction complaint against Little Ricky’s on June 18 and against Cafe Aroma Aug. 3.

As part of the settlement, which was finalized in September 2020, a 16-year-old Cafe Aroma agreed to pay Hoffman Commercial Real Estate a portion of the overdue rent and vacate the property by Sept. 15, Ryndak said.

“Cafe Aroma was my home, my heart, my soul,” she said. “Customers have my love; they were like my children. I saw so many children of my customers. All came to say goodbye to me. It brought tears to my eyes.”

A pair of Ryndak’s customers were Julie and Lou Rubin, who own two-year-old Hometown Juice and Coffee in Glencoe.

The Rubins admired Cafe Aroma’s space and were eager to expand Hometown, looking at locations in other North Shore communities as well. When the location became available and it was clear Cafe Aroma would not return, Lou said, the couple signed a lease to open Hometown’s second location in adjacent storefronts, previously occupied by Cafe Aroma and Trueman Catering.

The Rubins are looking forward to bringing their community coffee shop to downtown Winnetka.

The location will be more flexible, Lou said, with the ability for more to-go service, among other things. He added that the build-out is slated to begin in March for an opening in late May or early June.

Julie said that the Rubins want the new location to live up to the brand name.

“We started this whole venture with Hometown because we care deeply about the community,” she said. “It’s really important to us that (the restaurant) is the people’s Hometown, where they can frequent and feel like it’s an extension of home.”

Across the street, Tacos and Tequila will replace Little Ricky’s, which was the last of O’Neill’s three Winnetka restaurants to close in the past six years, following Trifecta Grill (2019) and O’Neil’s (2015).

Tacos and Tequila is a Tex-Mex restaurant brand from the Hoffman Family of Companies, the group behind Hoffman Commercial Real Estate.

The other three Tacos and Tequila locations are in south Florida and Hoffman called it a family restaurant with “great Mexican food and delicious cocktails.”