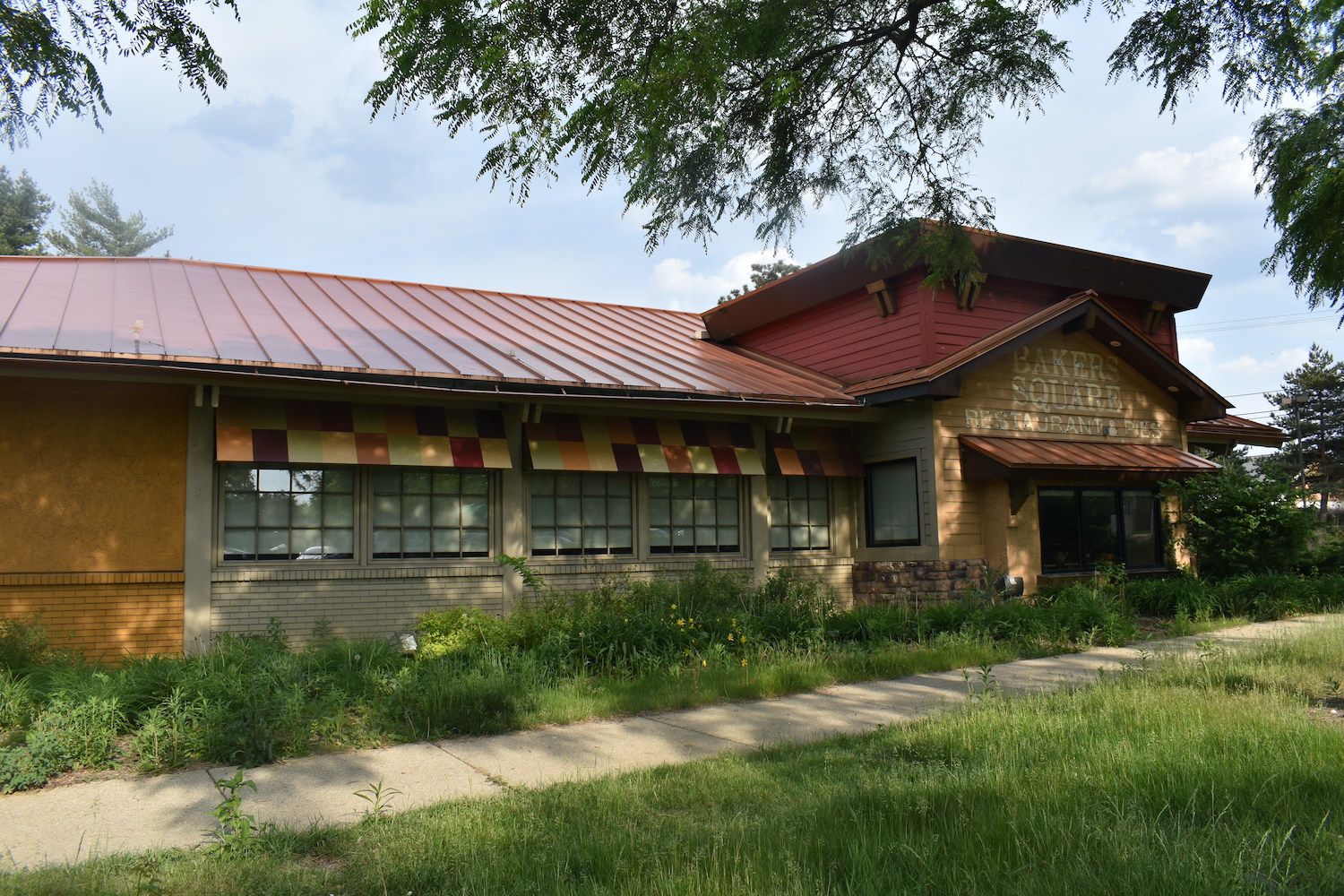 Baker's Square closed in 2019, and the Wilmette property has been vacant ever since.

One of Wilmette’s iconic families is swinging big with plans to occupy one of the village’s prominent vacancies.

The former Bakers Square building at 200 Skokie Blvd. recently sold, and a new suitor is hoping to play through by opening a Murray Bros. Caddyshack restaurant on the property, acording to Village of Wilmette documents.

A village memo from Lucas Sivertsen, Wilmette’s business development coordinator, confirms plans to develop a new restaurant with that name. Sivertsen said in the memo to Wilmette’s Village Manager Mike Braiman issued Thursday, May 20, that Wilmette staffers are working closely with representatives of the ownership group on Wilmette’s approval process.

Braiman told The Record that the village has been engaged with Murray Bros. representation regarding the property since last summer. Village officials, however, have not yet received conceptual plans, he said.

“We’re unsure if they’re going to reuse the existing space or demolish it and build new, but our understanding from those discussions awhile ago is that they were looking to open up more of these ‘Caddyshack’ restaurants across the country and felt like starting in the community where the brothers grew up was a great place to really get that going,” Braiman said.

“It’s a great location for a restaurant, right near a major regional mall in Old Orchard. It’s zoned for that type of space, so we’re really excited by it. We don’t have a timeline yet or a plan but when there is one we’ll be sure to share that with our community.”

The Murrays — six brothers and three sisters to Ed and Lucille — famously grew up on Elmwood Avenue in Wilmette. The boys were caddies at nearby Indian Hills Country Club in Winnetka and they attended Loyola Academy.

The six brothers, most famously Bill Murray, carved out unique roles in the entertainment industry. Probably the most significant hit for the family was “Caddyshack,” a 1980 comedy that was the brain child of Brian Doyle-Murray and starred Bill and Brian.

Based on an idea from Andy Murray, the brothers opened a “Caddyshack” themed restaurant in St. Augustine, Florida, in 2001. The second location in Rosemont opened in 2017. Wilmette would be the third location for Murray Bros. Caddyshack.

Wilmette’s Baker’s Square closed in 2019, and the property on the northeast corner of Skokie Boulevard and Old Glenview Road has remained vacant since. Public property records show the 4,500-square foot site was listed for sale in May of 2020.

Braiman said “there was a lot of interest from restaurateurs” in that site over the past 12-18 months.

“We were always very confident there was going to be a restaurant there,” he said. “It was just a matter of a deal being made between the property owner and one of those interested parties.”

Necessary village approvals will depend on what the new ownership group hopes to do with the property, which is in neighborhood retail zoning district. Anything in that zoning district over 5,000 requires a special-use permit, Braiman said.

Wilmette’s Village Board is scheduled to hear a business development presentation tomorrow night during its regular board meeting. The property at 200 Skokie Blvd. is included in the documents accompanying the presentation in the agenda packet.

Village officials are pleased to see a restaurant proposal come forward to fill the space.

“It’s incredibly exciting,” Braiman said. “It fits a need in our community for that type of family-style restaurant and it’s also going to attract customers and visitors from outsider communities who are looking to experience what that site and the ‘Caddyshack’ concept has to offer. It is a great, great win for our community and for the village. We’re really excited for it.”