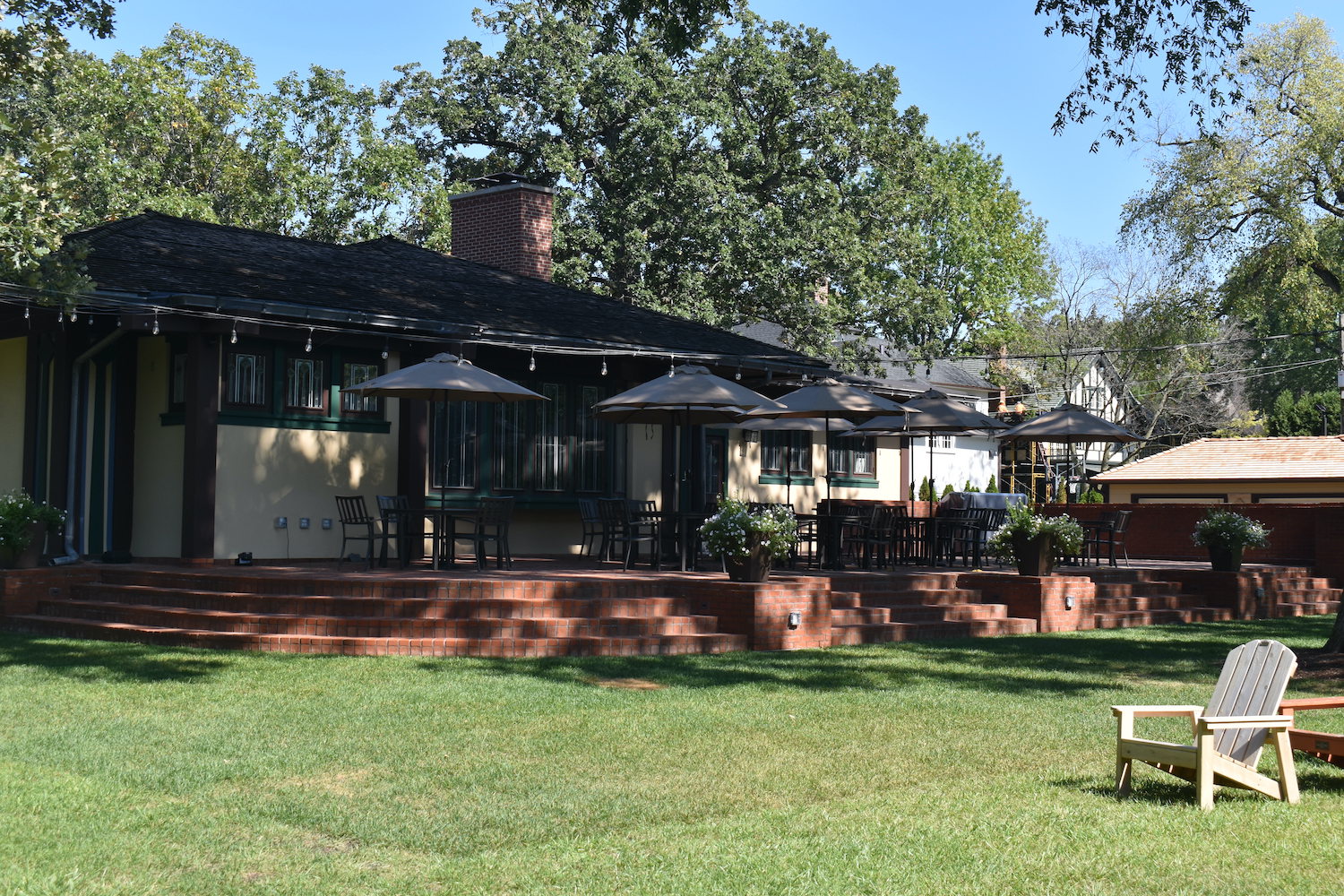 Outside seating at Kenilworth Community Cafe, which is housed inside the Kenilworth Assembly Hall | Joe Coughlin/The Record North Shore

It may not have been easy, but the Kenilworth Park District’s plan to open a small cafe has come to fruition.

After overcoming staffing and equipment shortcomings, the Kenilworth Community Cafe opened on Sept. 19, serving simple coffees and small breakfast items from 6:30-10:30 a.m. out of the Kenilworth Assembly Hall, 410 Kenilworth Ave.

“The feedback has been phenomenal for the cafe being open,” said Johnathan Kiwala, executive director of the park district. “… People really love it.”

As the park district reimagined usage of the assembly hall, adding entertainment and recreation in and near the space, officials explored the addition of a small cafe. The idea was primarily based on residents who wanted a gathering space in the center of town and near the Metra station.

In May, the district began seeking a vendor to operate the cafe and chose A La Carte, a Wilmette-based group that has long been on the Kenilworth Assembly Hall’s preferred vendors list. A La Carte was a mutli-year partner with the Wilmette Golf Club and continues to offer service for the Glencoe Golf Club.

The licensing agreement calls for a small revenue share — 2 percent to start, gradually rising to 10 percent — with the Kenilworth Park District to occupy the space, Kiwala said.

“The main purpose here is to get a cafe in here that is for the community,” he said. “We want to make sure we cover our the bills, but residents are getting a great place and product.”

Colectivo, of Evanston, provides the coffee and pastries (as Troubadour, the company’s scratch bakery), and breakfast sandwiches and other snacks are also served.

Seating is available inside at 13 bistro tables and outside on the 1,700-square-foot patio, which Kiwala said now features heating units. He added the cafe is a year-round business.

But not everything is in place. Kiwala said an espresso machine on backorder should arrive in November, significantly extending the cafe’s drink menu.

The Kenilworth Community Cafe has joined the North Shore coffee surge. It is one of several cafes to open or be announced in area with the past 18 months. Central Station Coffee & Tea debuted in downtown Wilmette in the summer of 2021; Buck Russell’s bakery arm also serves coffees in downtown Wilmette; Tala Coffee is in the midst of refurbishing the vacant building at 93 Green Bay Road in Winnetka; and Practice Hora USA is planning a coffee shop/fitness studio for 500 Green Bay Road in Kenilworth.