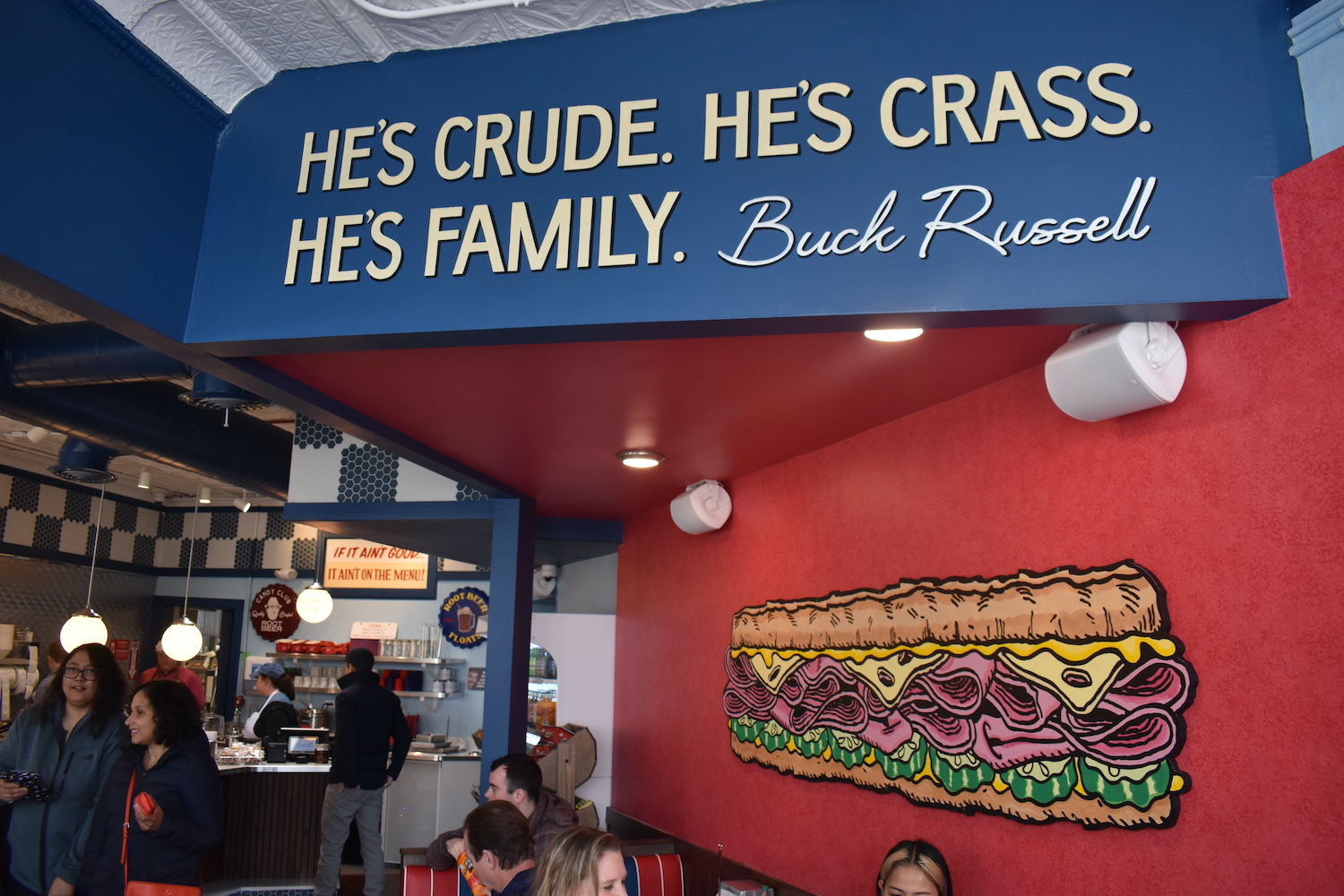 Buck Russell's is named after the lead character in the film "Uncle Buck," much of which was filmed in the North Shore. | Photos by Joe Coughlin/The Record North Shore

At Wilmette’s newest eatery serves up sandwiches, coffees and Candy.

Not candy. Candy — as in John Candy, the legendary actor who portrayed the character for which the restaurant is named.

Buck Russell’s opened on Tuesday, April 5, at 1137 Greenleaf Ave., in Wilmette, and has welcomed a steady flow of customers with a retro-diner vibe and classic quote about the lovable main character from the movie, “Uncle Buck,”: “He’s crude. He’s crass. He’s family.”

Other references to Candy and Buck Russell are scattered throughout the two-sided business. On the primary side, booths line the perimeter around a diner counter complete with stool seating. Guests order at the counter from a menu of breakfast and lunch sandwiches, including the Ouilmette cheesesteak and Ragin’ Cajun turkey; and soups and salads.

Through the open door that splits the restaurant is the bakery, featuring everything from lattes and cold brew to coffee cake and biscuits.

Buck Russell’s is the product of Ballyhoo Hospitality restaurant group, which also operates Sofia Steak in Wilmette and Pomeroy French restaurant in Winnetka and occupies a stretch of storefronts on Greenleaf Avenue.

Leading Buck Russell’s kitchen is pastry chef Jenny McCoy, who is also a managing partner with Ballyhoo and previously worked at Emeril’s, Charlie Trotter’s, Blackbird and other restaurants. According to a press release from Ballyhoo, McCoy’s pancake cake — “with layers of buttermilk pancakes and a rich maple buttercream icing” — will be a signature item at Buck Russell’s.