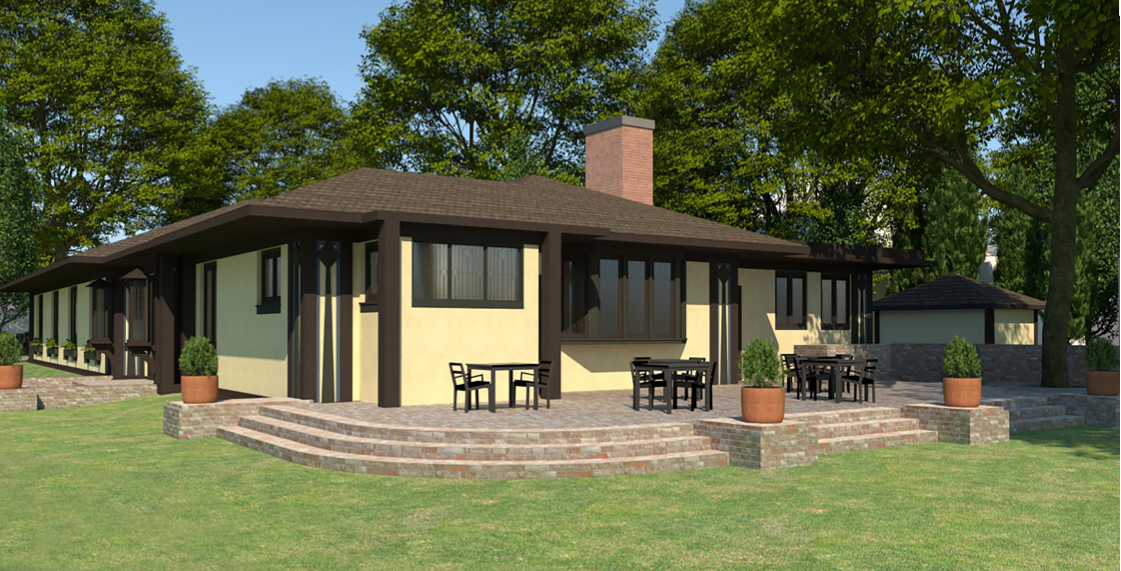 In a villagewide survey, Kenilworth residents were asked which types of businesses the Village should encourage to come to town. A whopping 91 percent of the respondents (347 total) ticked the box marked “cafe/coffee” — the highest total of any of the 16 options.

Fortunately, one was already in the works.

“It’s really in mission with what the park district is trying to do, continuing to grow and providing outlets for residents,” said Johnathan Kiwala, the district’s executive director. “It will be just another way to interact with residents. Grab a coffee and just say hello.”

Kiwala and his team have aspirations of an end-of-May approval for the cafe to align with the projected time line of the patio renovations, but he pointed out there is plenty to do to make that happen.

The park district must work with the Village of Kenilworth on several fronts, including zoning of the land. While the park district operates the hall’s property, half of it (the building) is zoned for residential and the other half (the lawn) for parks.

Town officials will reportedly discuss the cafe proposal at the next Zoning Board of Appeals meeting on May 9.

Additionally, the hall is undergoing renovations that include stormwater protections, a new patio and an updated front walkway, Kiwala said.

He added that if and when the district gains the necessary permitting from the Village, it will begin a vendor search — via a request for proposals — to operate the cafe.

“It is not a done deal by any means,” Kiwala said. ” … We would probably … let a third party come in and serve coffee and premade items. We’re not opening (a) Kenilworth bakery or anything like that, just something for the community. We keep it calling it a neighborhood cafe and that’s really what we’re looking to do.

The Kenilworth Park District took over the assembly hall in 2016 after it was donated by the Kenilworth Club. Since, it has been utilized for public and private events.

Early in the pandemic, the park district made use of the hall’s west lawn to safely enable community gathering. It held social nights on Mondays and Tuesdays complete with a lighting setup, outdoor bar, heating elements (fireplaces and propane heaters) and sometimes food trucks.

“Those were a huge, huge hit,” Kiwala said. “We really bought a lot of good will from the Kenilworth community with those things. And the park district board wanted to know how we could emphasis the west lawn more.”

The conversation sparked the permanent addition of a patio, which is amid a fundraising effort that ends May 1. The project would add a 1,700-square-foot patio, restored front walkway, parking and an ADA-compliant ramp on the south side of the building.

According to Kiwala, the potential cafe would complement the patio with service from the Neighbors Room on the west end of the building.