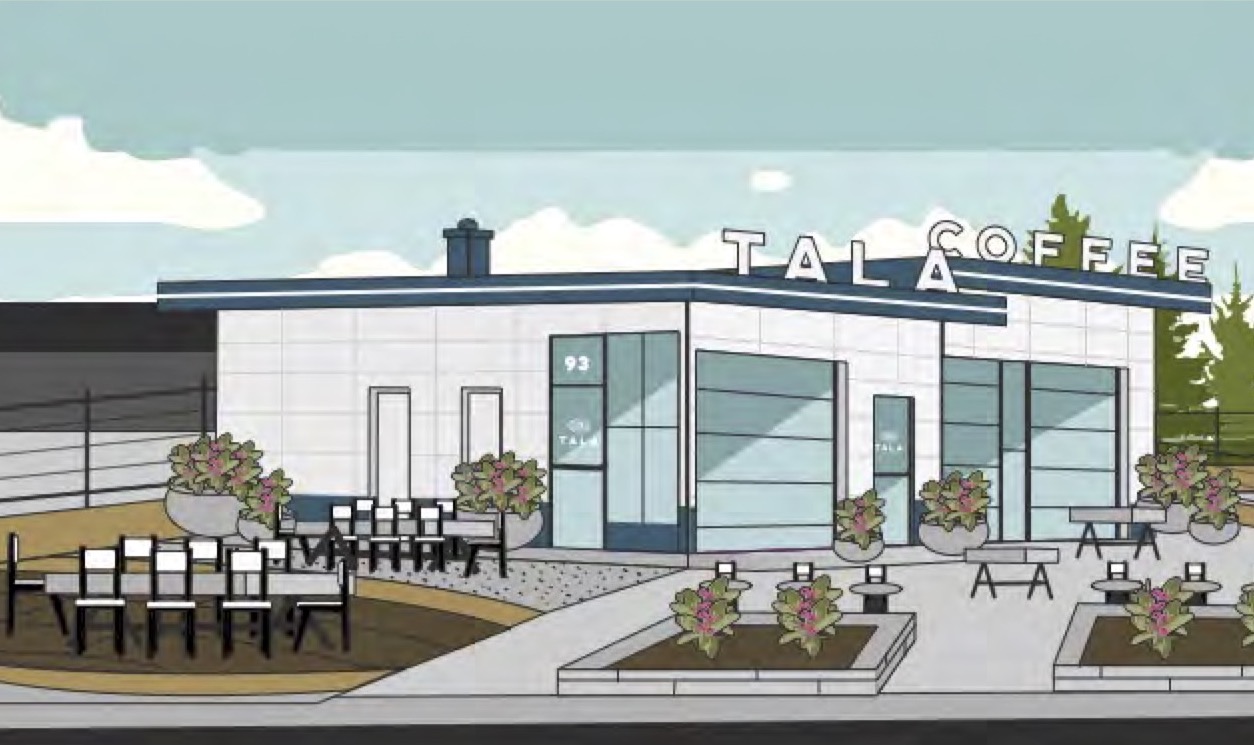 The Village of Winnetka and Tala Coffee Roasters are officially partners in a $1.55 million investment to develop and improve the village-owned lot at Winnetka Avenue and Green Bay Road.

Over the next year, the vacant building and property at 93 Green Bay Road will transform into a coffee shop and community space thanks to a contract approved by the Winnetka Village Council Tuesday, Aug. 16.

Amid questions regarding the contract, trustees took turns expressing their excitement for the project, and the unanimous vote was followed by a round of applause.

“We are spending tens of millions of dollars on stormwater and things like that, but to me this is a big deal, because we haven’t done much in that area,” Trustee Bob Dearborn said. “We don’t have too many partnerships like this.”

As previously reported, Tala Coffee Roasters was chosen from three finalists to improve the site that the Village of Winnetka purchased in 2001.

Since then, the property — which at one point was home to a Texaco gas station and service shop — was primarily leased to nearby auto dealerships for vehicle storage. In 2018, the Village began seeking developers, but hit reset in 2020 and named three new finalists in October 2021.

Tala Coffee, which opened its first cafe in an old Highwood fire station four years ago, plans to rehab the current building on the property with a 60-seat cafe and contribute to an outdoor seating space as well.

When the site is finished, expected some time in 2023, it will include the cafe with its outdoor seating, a separate but connected community gathering space, streetscape improvements and a renovated parking configuration.

The approved lease with the village has an initial term of 10 years with two additional 10-year options. The annual rent due to the Village of Winnetka is $4,1110, and Tala is responsible for covering property taxes, as well as payments for liability and building insurance, building maintenance, utilities and refuse collection, according to Village documents.

Tala plans to invest about $603,000 in the cafe’s buildout and improvements to the site, which include a shade structure. The Village will kick in $946,230, including $563,730 for project-specific improvements and $382,500 for utility and parking “improvements required for any tenant,” the documents say. The partnership also includes a $60,000 village loan (3 percent interest) to Tala for building materials. The loan must be paid back within the 10-year length of the lease.

“We are delighted you do see (the partnership) as an investment in your community,” said Joanna Tong, Tala’s marketing director. “We feel honored that you trust us with that investment and I feel more confident, more than anything else, in our ability to steward that really well and create a community that is worth your investment.”

The community space on the perimeter of Tala’s premises will include permanent seating (picnic tables, boulders and other options) and bike racks available to the general public, as well as planters and other landscaping, trash containers and ornamental fencing along Winnetka Avenue.

As proposed, the new parking lot will feature 51 spaces for local business-employee parking and 21 spaces for business customers. The configuration will be organized with two entry points and other directional cues. Twenty-seven other spaces will be available on the east side of Green Bay Road.

The Village plans to complete utility connections to the site this year and streetscape and site improvements in 2023. Funding will be pulled from multiple sources, including the Business District Revitalization Fund, the Water Fund and general village reserves.

Multiple trustees spoke of the importance of bringing a community space to the Indian Hills portion of Winnetka.

“It will make Indian Hill feel more part of the community. It will really bring them in,” Village President Chris Rintz said.