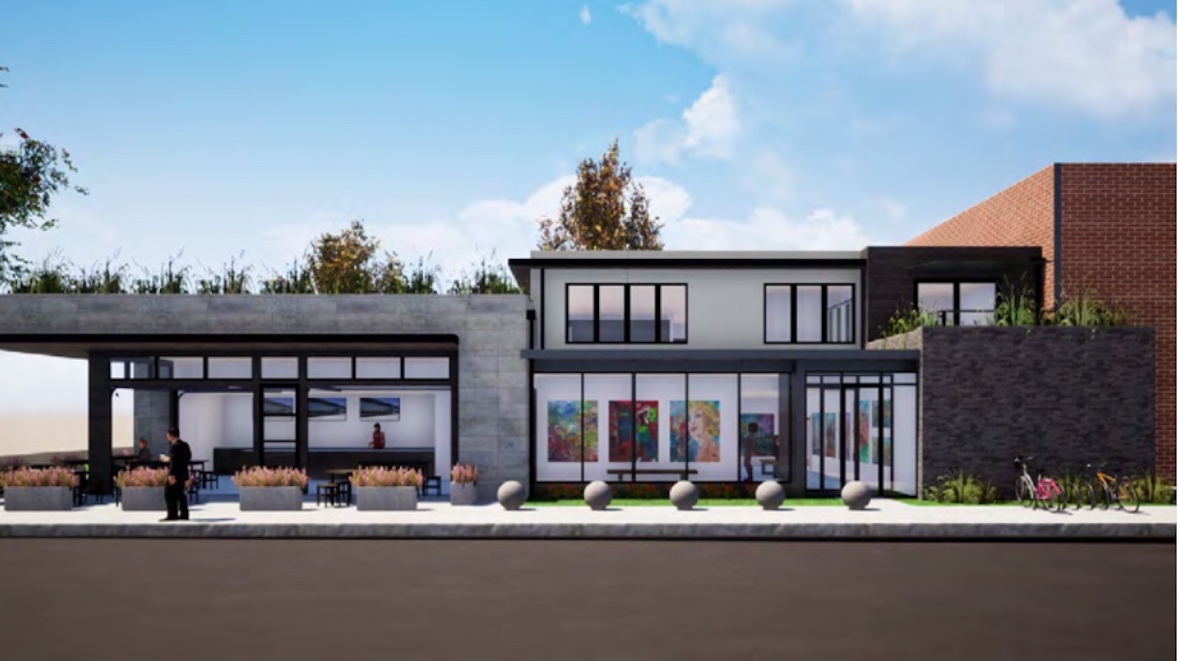 A rendering of the development for Green Bay Road, including the design edits recently approved by the village board. | Image from Village of Kenilworth

One year after initial approval, plans for a Kenilworth coffee shop and fitness studio were brought back to the Village Board with design updates.

Following minimal discussion, trustees unanimously approved a new layout for Practice Hora USA, which has planned a move from west Wilmette to Kenilworth since 2019, at the Kenilworth Village Board’s regular meeting on Monday, Aug. 15. Trustee Walter Kelly was absent from the 5-0 vote.

In August 2021, a special use permit was granted to Practice Hora, currently located at 3520 Lake Ave. in Wilmette, to occupy 500-510 Green Bay Road in Kenilworth. The space is also expected to contain a coffee shop and an art gallery, plus two residential units on the second floor.

But last month, Practice Hora approached the village with a plan that contained several alterations, according to the Village Board packet.

Speaking on behalf of Practice Hora at the board meeting, Michael Freiburger — president of NEWLOOK Design and Build, the construction and design firm that will be handling the work — described the changes as “pretty minimal.”

“It really came down to a handful of consulted, coordinated details,” he said. “We originally came with a concept that then had to be further vetted with structural and mechanical … and so those minor changes were really dictated by just the actual functionality of constructing the building accurately.”

Village Manager Patrick Brennan asked Freiburger if he could clarify what led to the changes.

Freiburger explained that financial constraints led to some of the modifications, with some materials being over-budget, while other changes were preferential.

“When we were first presenting this, some of those details just weren’t worked out at the time, and we had presented it as more of a concept at that time,” he said.

In response to a question from Trustee Alison Winslow on when construction is expected to begin, Freiburger said they will apply for a building permit as soon as possible, which he hopes will be done by the end of this month.

From there, he expects it will take six to nine months for construction work to be completed, putting a potential completion date in mid-2023.