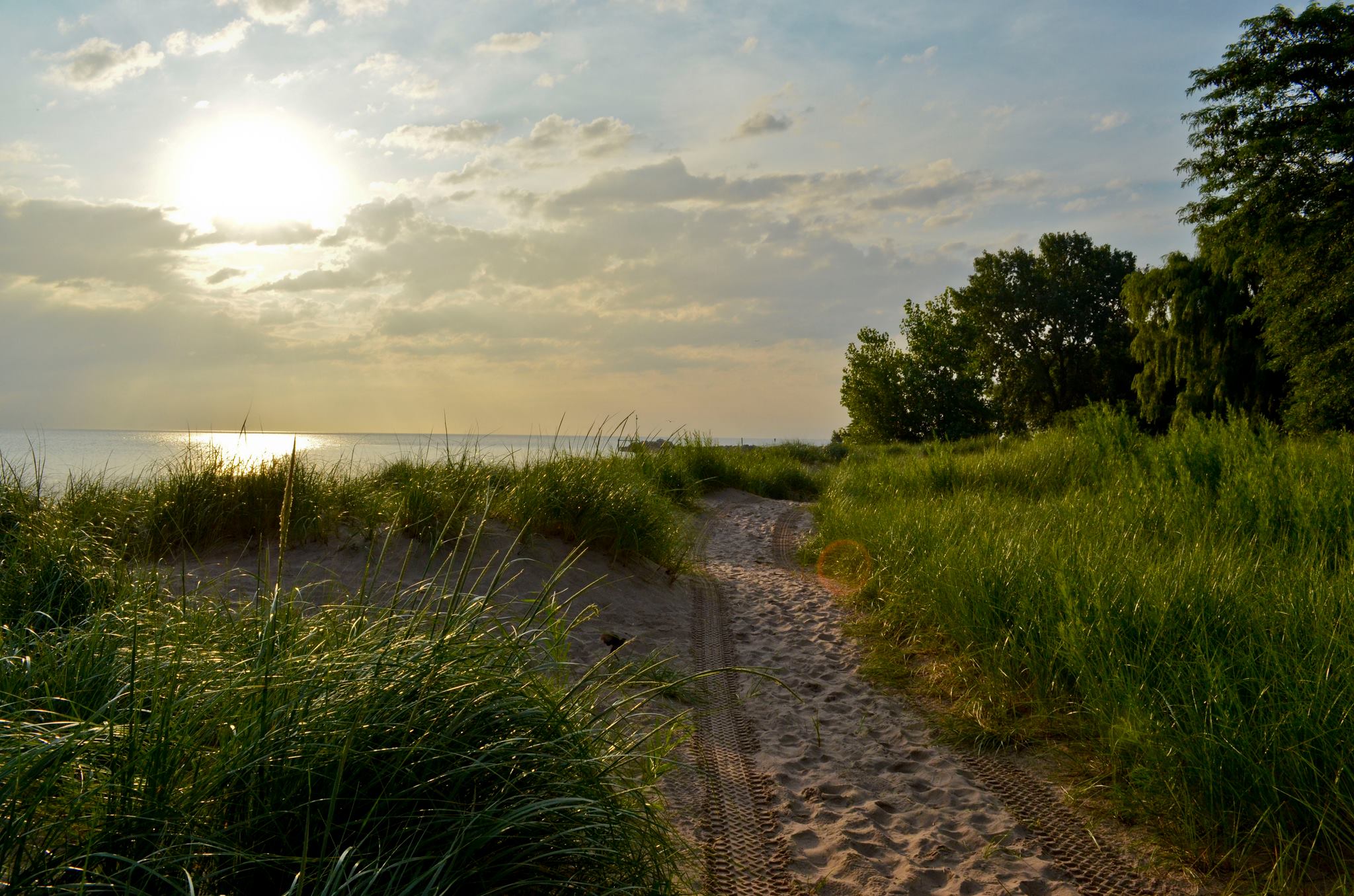 The park district has discussed and reviewed improvement plans for Gillson Park since late 2020. | Photos from Wilmette Park District

The Wilmette Park District’s plans to rehab Gillson Park resulted in plenty of noise in 2021. But news on the topic has been relatively quiet in 2022 — until this week.

In a list unveiled Wednesday, April 20, preservation nonprofit Landmarks Illinois named Gillson Park as one of five “Most Endangered Historic Places in Illinois,” citing the Wilmette Park District’s rehab plans as a potential threat to the 60-acre park.

“The feeling is that none of (the planning) was evaluated with the acknowledgement that this is a historic park design and landscape,” said Lisa DiChiera, Landmarks Illinois’ director of advocacy. “It has worked well for 100 years in terms of design … (the proposed plans) would change that idyllic passive nature that people love.”

He said the district was not asked to contribute to the program.

“I’m not sure I understand why it’s listed,” Wilson said of Gillson. “It is not in danger. There is no circumstance where it is not a public park at any point in the future. All of our planning has centered on restoring functionality to basic infrastructure in the park.”

The other four places on the “endangered” list are buildings, and according to the group the list is “a targeted call to action for historic and culturally significant sites.”

A $13 million Wilmette Park District referendum to fund renovations to Gillson Park failed in 2015. In its wake, the park district completed what it considered to be necessary improvements, such as replacements of the beach house and parking lot. It also began workshopping how to accomplish other work, such as infrastructure fixes and safety enhancements.

Park district officials have been discussing, reviewing and fine-tuning a comprehensive Gillson Park plan since 2020. They had early hopes the plan would be set in 2021, but public feedback has kept the plan on the move.

Landmarks Illinois’ description of Gillson Park’s current state, which DiChiera noted was a collaborative effort by the group, assails the park district for discussing the addition of parking and structures and the removal of mature trees, among other things. According to park district documents and previous reporting in The Record, however, input from the community in early 2021 steered the Gillson Park plan away from drastic changes, and district officials have pledged to focus on maintaining green space and began working on a tempered plan in March 2021.

“What we’re really hearing right now from people is that they love (Gillson) and they’re not looking for major changes,” Wilson told The Record at that time. “They’re looking for the things that need to be improved such as roads and sewers, separating pedestrians out of the roadways. … That is what people want us to focus on, which aligns with what we thought we had to focus on, which is great.”

Four scaled-back options for park improvements were presented to the Park Board in September 2021. And in October a fifth plan was added based solely on community feedback of the other four. Most of the current concepts increase green space and reduce permeable surfaces within Gillson, according to details of the plans.

At present, through its design consultants, the Lakota Group, the park district is soliciting input about the future of the two through roads in the park: Upper Drive and Middle Drive.

While drastic changes are no longer options in the park district’s plans, DiChiera said the discussion of such renovations shows district officials and their consultants are failing to consider the historic properties of Gillson Park.

She said there is no mention of Gillson’s history in Lakota’s research.

“There’s a lack of acknowledgement that there is a historic park there in the first place,” she said. “ … That should be very much part of the conversation. It should be recognized and part of the evaluation.

“There is no acknowledgement that this is an irreplacement and highly intact historic landscape.”

According to Wilson, the park district understands and recognizes the historic nature of the park, but must plan for the future.

“I believe you can have change and can still honor the historic nature of the park,” he said.

Gillson Park began as 22 acres of open lakefront land that prompted the creation of the Wilmette Park District in 1908.

Once approved by voters, the Wilmette Park District moved to acquire the 22 acres by the lake and officially did so in 1911. The ensuing years were reportedly spent developing the space into parkland, and when the first trees were planted in 1917, it was named Washington Park.

In 1937, the park was expanded, renovated and renamed to Gillson Park, after Louis Gillson, the first president of the Park Board of Commissioners. The renovation was led by C.D. Wagstaff and Robert Everly, who designed it in a style inspired by notable landscape architect Jens Jenson.

According to Landmarks Illinois, some of the park district’s options for renovations would be detriment of the park’s historic landscape design and reputation as a place of peaceful escape. … Residents favor the park’s preservation and long-delayed infrastructure improvements.”