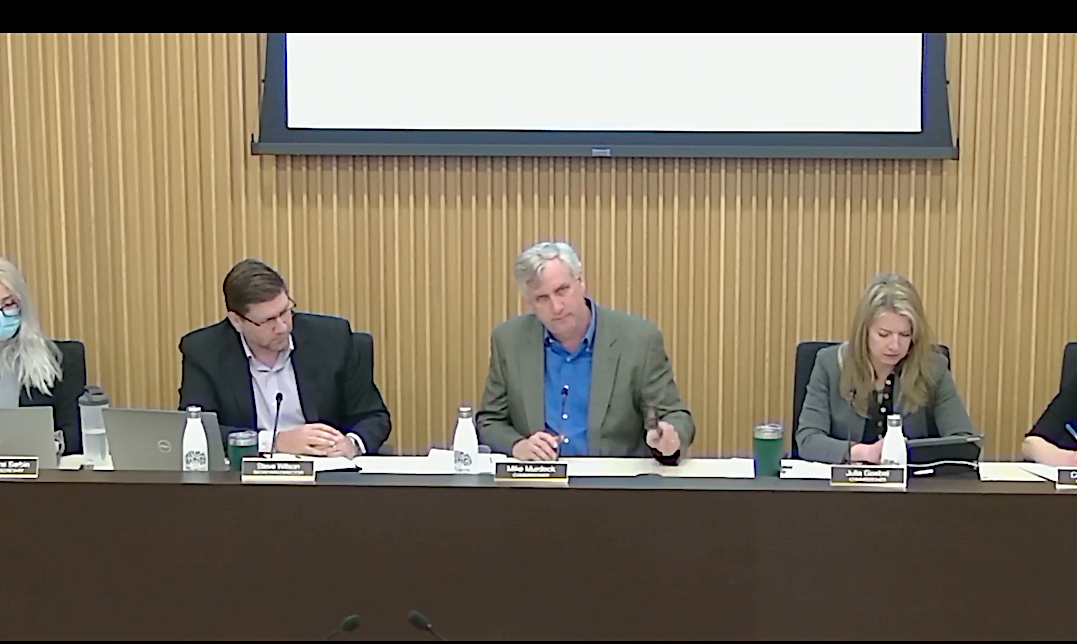 Following universal opposition from Village of Wilmette zoning commissioners, a Wilmette Park District plan to expand West Park’s paddle-sports offerings is getting an overhaul — at least for now.

Park commissioners voted 6-0 — with Allison Frazier absent — on Monday, April 11, to scale back the proposal in anticipation of Village Board review on April 26. The board’s decision was made in the wake a negative recommendation from the Zoning Board of Appeals on Wednesday, April 6, following a four-hour meeting in which zoning commissioners shared concerns about studies commissioned by the park district, reduction of the park’s green space and the possible overloading of the park.

The amended proposal eliminates the pickleball component — eight lighted courts that would have forced relocation of the park’s playground — and reduces the number of additional paddle tennis courts from four to two.

The two new paddle tennis courts would be to the south of the current courts, and the park also is moving forward with a proposed addition to the paddle-tennis hut.

The West Park playground, which many members of the public shared concerns about, will stay where it is under the modified plan.

Steve Wilson, executive director of the Wilmette Park District, recommended pursuing the modification based on three zoning commissioners – Bradley Falkof, Didier Glattard and Bob Surman – expressing openness to an expansion, but unfavorably regarding the pickeball installation.

“Also, by installing the southern courts, as compared to the northern courts, flexibility will be preserved for any future deliberations regarding paddle, pickle or playgrounds,” he said. “The deliberations of these other aspects of the plan should continue, allowing for more dialogue with the community, more formal studies to be completed, and ultimately a more amenable plan could possibly be developed that also meets the recreational demands of the community.”

After the district approved an expansion plan of four platform courts, eight pickleball courts, and hut and decking expansions, it reached out to the park’s neighbors with a letter that was met with surprise and concern.

Neighbors organized and began challenging the district’s efforts via email and public meetings.

While the plan and its funding were approved by the Park Board, the district needed the Village of Wilmette to approve an extension of zoning uses and variances. That review started with the Zoning Board of Appeals — which includes Ryrie Pellaton, a former Park Board member — on March 16.

The rolled-back proposal will now go in front of the Wilmette Village Board, which is expected to consider the measure and its zoning-board recommendation on April 26.

Drawings for the modified plans reportedly are in development, but Wilson said they would be ready in time for Village Board consideration.

Board President Mike Murdock said he doesn’t know what the Village Board will decide, but since the proposal is significantly changed from the one reviewed by the Zoning Board of Appeals, he thinks it may get sent back to the ZBA.

“I think it’s ultimately going to be a village decision. It’s something that the village staff and the Village Board will have to decide,” he said. “But they can’t weigh in until we make a request. So, the next step would be for us to modify the plan, present it to them and see where they go with it.”

While he said specific feedback about the pickleball courts would be discussed at another time, Murdock lamented that the district and Park Board were unable to modify the plan between the first and second zoning board meetings.

“We really didn’t have a mechanism by which we could do that between the two meetings, unless we called a special meeting here,” he said.

Wilson said the district is in a challenging situation with 55 parking spaces at the site that are officially located in the Village of Glenview and on property owned by ComEd. The district could attempt an intergovernmental agreement with the two organizations, but Wilson said it’s difficult to say how long that process would take.

The court lighting, which is in operation until 11 p.m., is a significant point of concern for dozens of residents who have addressed the Park Board.

Commissioner Cecilia Clarke asked Jason Stanislaw, the village’s racquet sports manager, if it was absolutely necessary that games go until 11 p.m., and Stanislaw explained that those are rules from the paddle league and games may be interrupted with shorter time slots.

Gary Cole, who lives across from West Park, said he’s concerned that the park district will still pursue additional changes, but do it slowly. He said the neighbors feel that their concerns have not been sufficiently addressed.

“Frankly, I think the neighborhood (thinks) the park district doesn’t really care about the neighbors,” Cole said, adding that, while he can’t speak on behalf of his neighbors, he thought the original plan was both “ludicrous” and “foolish.”

He concluded by saying he just wants West Park to remain a park.

“It functions very well as a park,” he said. “The park works. As small as it is, it works.”

The meeting, at times, got tense, with two audience members interrupting commissioners during the board’s discussions. Murdock banged his gavel to call for order and threatened to remove at least one audience member; though, no one was formally asked to leave.

Commissioners said they were comfortable with presenting the scaled-back plan to the Village Board.

Commissioner Lindsay Anderson commented on the importance of being a “good neighbor,” and she believes the modified plan addresses concerns with light and sound. She suggested that a sign be put up asking the paddle players to be respectful to the neighbors.

“We would appreciate any additional recommendations from staff on how we can continue to preserve the park and the space and have limited disruption,” she said, “and be the good neighbors that we’ve been talking about.”

Her colleague Kara Kosloskus agreed, adding that she would like to take another look at the existing lights to see if anything can be done to fix them so that they consistently go off when they are supposed to.

“The reality is, maybe every court isn’t used every night,” she said. “So any court that’s not used could default to ‘off.’”