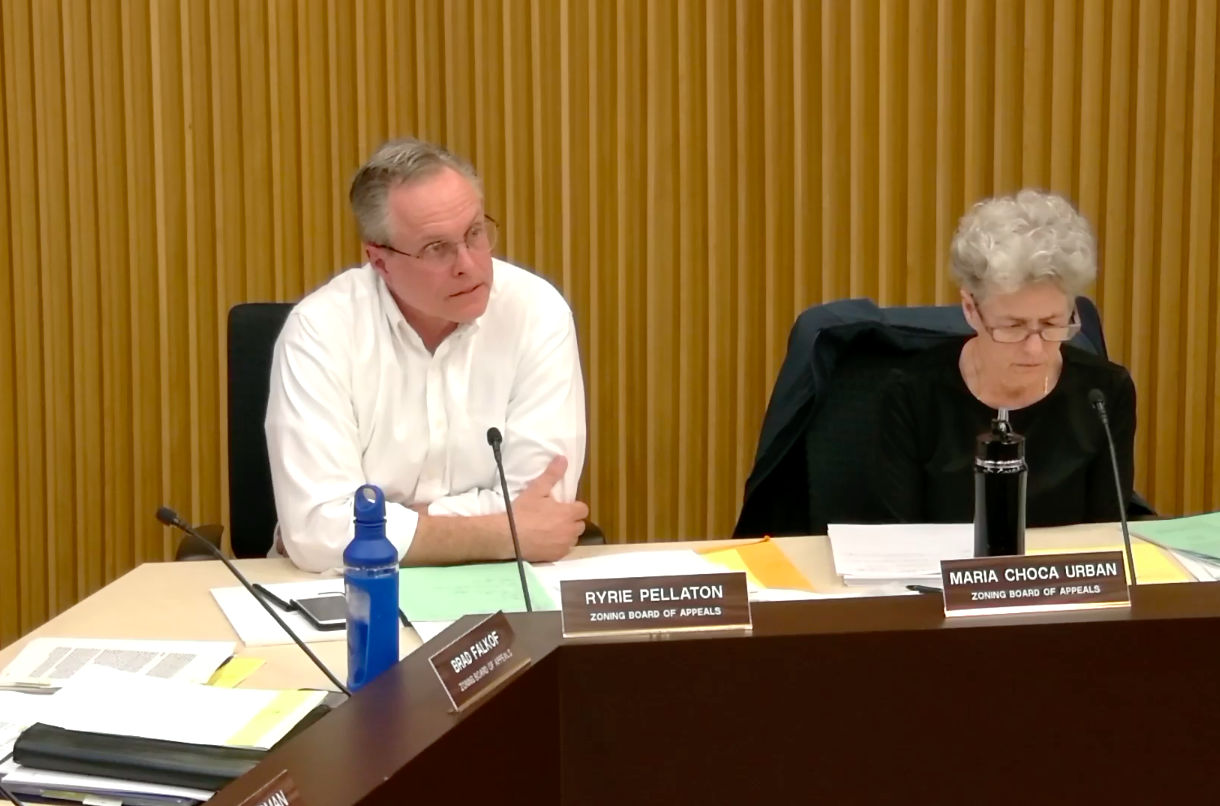 For the past three months, neighbors of Wilmette’s West Park have given the Wilmette Park District all it can handle in opposition of a proposed facility expansion at the park.

Wednesday night, the neighbors may have gained an ally.

As part of the project’s approval process, park district officials stood before the Village of Wilmette Zoning Board of Appeals on March 16 and received an earful from its members.

The zoning board questioned the district’s planning and communication, as well as the lighting, noise and traffic that could result from the renovations.

The district is slated to again appear in front of the board in early April with answers and research requested by board members. After that, the Wilmette Village Board would consider the special use and the zoning board’s recommendation in mid April.

“We … will certainly provide all the information requested this evening,” Peck said to the board. “I also want to thank the residents for coming out tonight. I’ve taken notes on everything and we certainly are going to address as much as we can and if we can make some changes to .. relieve some of those issues, certainly we’d be willing to do that as well.”

In December 2021, the Wilmette Park Board approved a West Park Master Plan that included a significant expansion of the park’s racket-court facility, which currently features six paddle-tennis courts and a paddle-tennis hut.

The expansion calls for four additional paddle-tennis courts, a larger paddle-tennis hut and a dedicated pickleball space with eight courts planned for the area currently occupied by the park’s playground. The project would also add decking around the facility that interconnects the offerings.

The park district believes the expansion is necessary to meet overflowing demand for paddle tennis and consistent requests for pickleball.

Neighbors to West Park began to organize their opposition after receiving a letter Dec. 22 that requested feedback on the project at a Jan. 4 public meeting.

Since, a group of residents have formed the opposition group, Friends of West Park, and regularly contacted and addressed park officials.

The park district has amended portions of its plans — such as adjusting the relocation point of the playground — in response to the residents, but the neighbors are pushing Wilmette officials to take the plans back to the drawing board.

Paddle tennis amenities — four courts and a hut — were added to West Park in 2013. They were expanded in 2017 with the addition of two more courts. Each project needed special-use permits from the Village of Wilmette.

Park District Executive Director presented the project to the zoning board Wednesday, providing details of the request and explaining the reasoning behind it.

Wilson said that park officials discussed the project for the majority of 2021 and selected West Park as the best destination for the expanded recreational offerings.

He said that the district has received more than 100 letters in support of the plan and has the backing of the 300-member Wilmette Platform Tennis Players Association.

“The paddle tennis program has been way more successful than anyone could have anticipated,” he said, adding that the district is confident the same will be true for pickleball.

Wilson and company then faced questions and commentary from the board members.

Ryrie Pellaton called “parking and pickleball the most problematic,” saying he “was not satisfied … at all” with a park-district-commissioned traffic study. Pellaton criticized the placement of the pickleball courts within 40 feet of Wilmette homes, saying the sport is “far noisier” than paddle.

“If you took the pickleball courts out of the equation … it would solve a lot of problems,” he said.

Board member Maria Choca Urban expressed concern that the park district kept the paddle-tennis facility open until 11 p.m. despite the district’s 2017 special use application noting a 10 p.m. end time.

“It shows a complete disregard for village ordinances,” she said.

West Park is home to the only Wilmette Park District children’s playground west of the Edens Expressway. In the expansion, the playground will be relocated with new equipment and slightly downsized.

Board Chairman Reinhard Schneider requested that the district keep that in mind.

“Have you thought about being a little more generous with that?” Schneider asked to the applause from the audience of about 50 residents.

Judging by a hand count prompted by Wilson at the beginning of the meeting, the audience was close to split between proponents and opponents of the plan.

During public comment, nineteen of the residents spoke, and fourteen of them — including two children — were opponents who pleaded with the zoning board to provide a negative recommendation of the park district’s request.