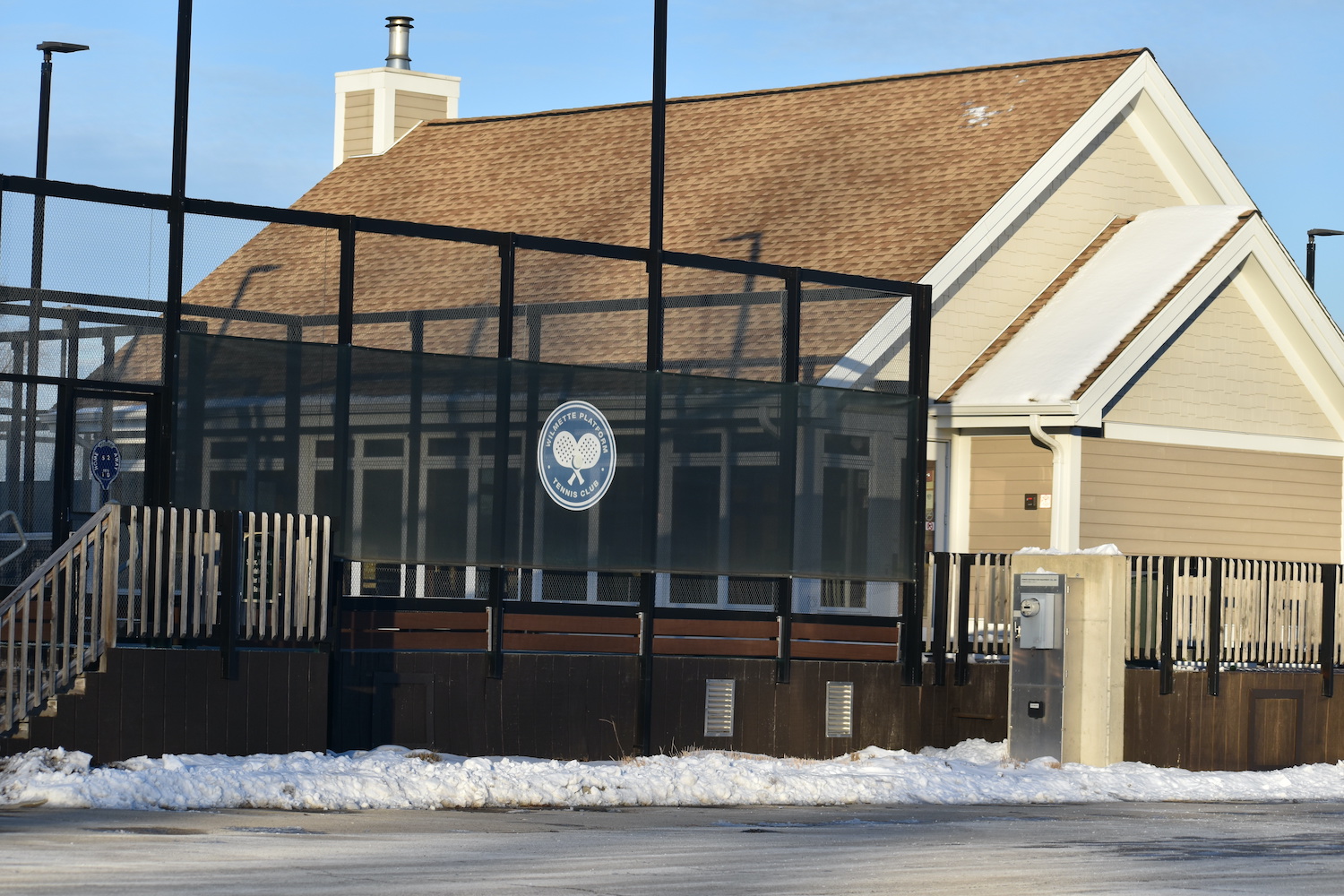 West Park neighbors had a chance this week to volley feedback toward Wilmette Park District officials on the district’s renovation plans for the park off Lake Avenue.

The Park Board is considering an expansion that would more than double the size of the district’s six-court paddle-tennis facility by adding four platform courts and eight pickleball courts.

The project was discussed by Park Board committees since April 2021 and was reviewed by the Park Board during the final two meetings of 2021.

Park officials welcomed about 15 residents to a public meeting on Tuesday, Jan. 4, at the West Park paddle-tennis facility, about a week in advance of the Park Board’s consideration of the project as part of the 2022 budget consideration at 7:30 p.m. on Monday, Jan. 10.

Patrick O’Gara was in attendance on Jan. 4 with his mother, Judith, who lives adjacent to West Park. O’Gara said noise and light disruption are consistent nuisances for neighbors of the facility and adding more capacity would magnify the issues.

“This formerly quiet and pleasant park, which I have fond memories of using throughout my childhood, will be overwhelmed by structures that will represent both an eyesore and a nuisance for the park’s neighbors,” Patrick O’Gara wrote to The Record.

Park District Executive Director Steve Wilson said neighbors closest to a pending project always share their concerns with the park district and the issues raised were “fairly as expected.”

“We definitely heard people’s frustrations and concerns and are taking a look at our planning and where we can make alterations to alleviate them,” he said.

He said the district complies with lighting and other ordinances regulated by the Village of Wilmette and the district plans to investigate its lighting to ensure it turns off at 11 p.m.

In response to resident concerns about the playground moving toward Lake Avenue, Wilson said district officials will review other areas of West Park to relocate the equipment.

The Wilmette Paddle Tennis Club is a park district program that opened with four courts in West Park in October 2013. The club operates on user fees for either league play or open play and operates year-round — many nights until 11 p.m.

The seven-acre West Park also features a community garden, playground and baseball field with artificial grass that was installed after the Village of Wilmette buried a stormwater reservoir under the field. Two paddle tennis courts were added to the park in 2017.

The latest renovations, according to park district documents, are projected to cost $3.5 million across two phases. The 2022 portion of the project will cost about $1.89 million for the construction of two paddle courts, eight pickle courts, more decking around the paddle-tennis hut and playground improvements. The second portion set for 2023 has a pricetag of $1.58 million for two more paddle courts, an expansion of the hut and more decking.

Wilson said the paddle-tennis program has seen more interest than it can handle for a while now. The district supports 24 teams in a league that “could easily have well over 30 teams,” he said.

“We are not able to roster all interested residents on to teams,” Wilson said. “We need to either choose to not fill the need or try to create capacity by adding more courts.”

The park district is also looking to meet a pickleball need. The growing sport, profiled by The Record in 2021, is spilling onto tennis courts all over the North Shore, while dedicated pickleball courts are limited.

“Pickle is growing in popularity and we’ve had many requests from the community,” Wilson said.

He said the district landed on West Park because of pickleball’s intrinsic connection to paddle tennis, the existing players’ facility and the open park land available.

Wilson said the funds for the project will come from reserve spending and revenue generated by the paddle-tennis facility.