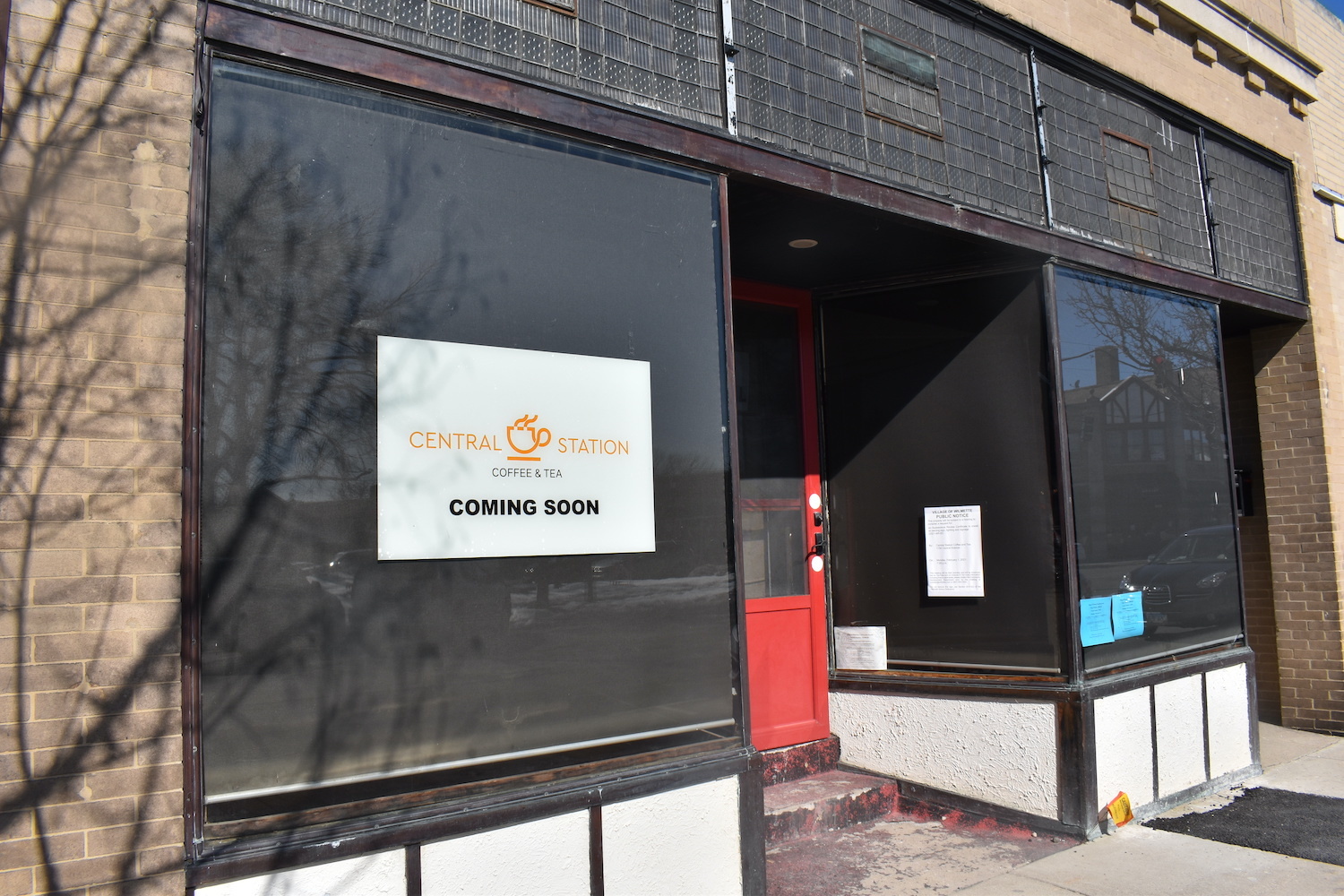 Central Station Coffee and Tea is one of several new businesses planning to come to Wilmette in the near future. | Joe Coughlin/The Record North Shore

Exciting Wilmette business news dropped Tuesday morning but there was more where that came from Tuesday night during the Wilmette Village Board meeting.

As reported by The Record, Murray Bros. Caddyshack restaurant hopes to take over the former Baker’s Square spot, and it will be joined by a number of other new businesses coming to town.

Village Business Development Coordinator Lucas Sivertsen presented to trustees a business development update that offered an insider’s look into a number of vacant properties throughout the village.

Sivertsen’s slidedeck began with statistics on vacancies and openings broken down by Wilmette business district before unpacking recent dealings within those districts.

According to Sivertsen, the villagewide vacancy rate is 9.9 percent, or 41 vacancies out of 388 storefronts, which is actually down from the 12 percent mark logged in January.

More impactful on the local economy, Sievertsen said, was the lack of new businesses — just 15 in 2020 compared to an average of 26 over the previous six years.

The highest vacancy rates in Wilmette’s business community at 19 percent are in the Lake and Skokie and Green Bay Corridor districts, the document said.

Below are some highlights from Sivertsen’s in-depth look at business development in Wilmette:

• Murray Bros. Caddyshack restaurant plans to take over the vacant Baker’s Square lot, as previously reported by The Record.

• Village Center: Ballyhoo Hospitality, which is the restaurant group behind Sophia Steak, is opening a diner set for Greenleaf Avenue in two storefronts, including the former Akira Sushi space. A wine shop will replace the Wilmette Wine Cellar, but needs to work out a liquor license snag. As previously reported, Central Station Coffee and Tea, which plans a June 3 soft opening, and The Pit & Tap barbecue spot, which hopes for a June debut, are also headed downtown, as is a martial arts studio. The Lad & Lassie building has been purchased, and the new owners reportedly are searching for an appropriate restaurant for at least half the space.

• Edens Plaza/Westlake Plaza: The Village is working with a consultant to help the property owner attract national clients. Carson’s may be split in two (or more). Target is one interested brand. Starbucks is planning a drive-thru outlot for a less-busy portion of the parking lot. Torino Ramen is ready to take two storefronts in Westlake Plaza to expand its growing takeout and delivery services.

• Linden Square: The district has actually decreased vacancy during the pandemic. One owner (now the Baha’i National Assembly) owns a quarter of the district’s properties. A 10-year vacancy was leased to a dental studio. Luigi’s Dress Shop, a to-go cocktail concept, is in the planning process with the Village.

• Green Bay Road Corridor: A unique takeout/delivery concept Local Food Hall, or All Day Kitchens, will occupy the former Subway property and open within “the next month or month and a half.” There have been three new leases in the three months, including a fitness facility where Kurt Saphir Pianos was.

“It really makes it feel like a small town with how involved the community development department is in attracting these businesses,” Village President Senta Plunkett said after the presentation. “… Your description of all that shows that you’ve been in involved in some manner in all the businesses that are coming here.

“We are so excited to move forward in the coming months.”