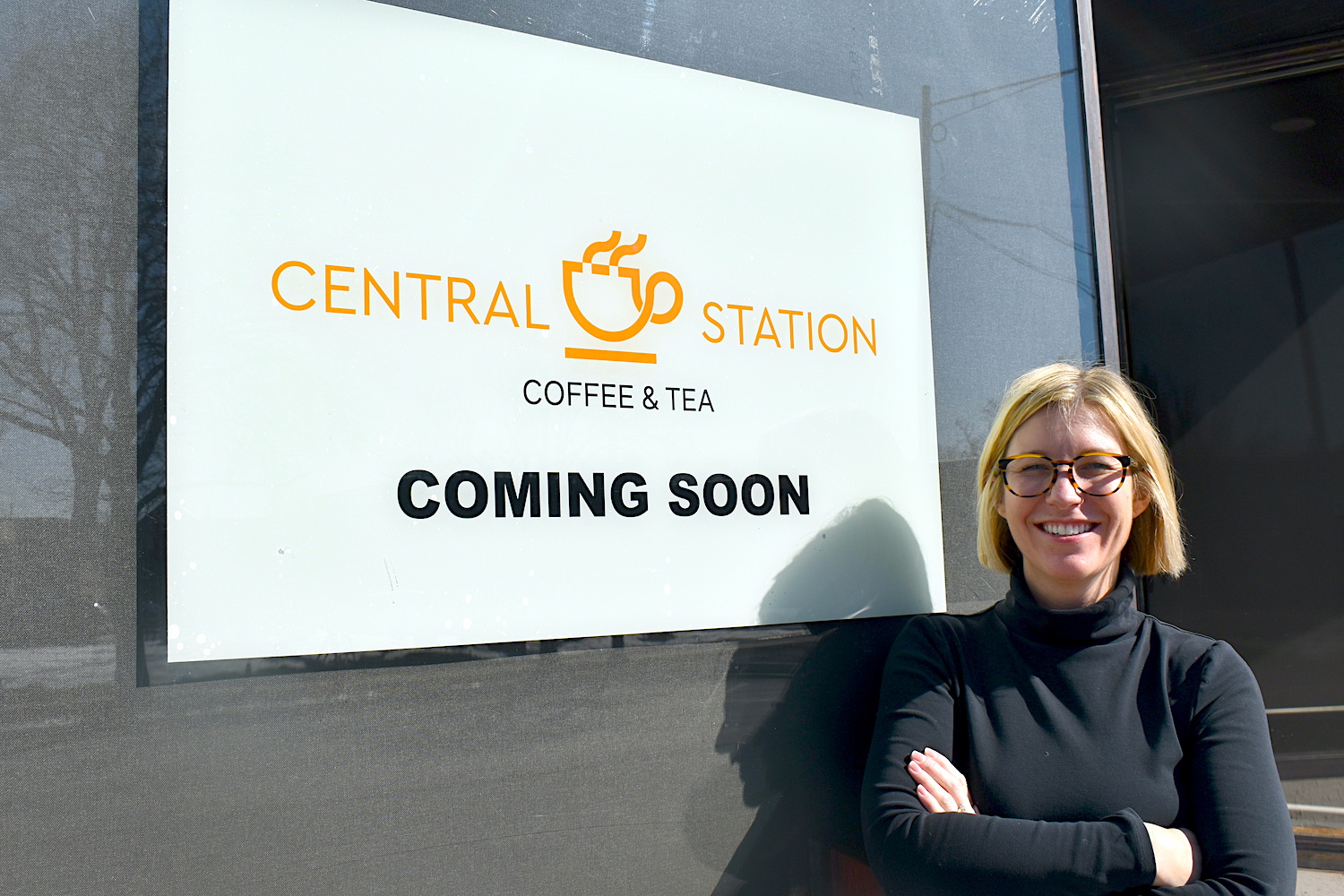 Her coffeehouse’s grand opening is months away, but Katie Degen regularly imagines the sights and sounds:

Gentle but memorable house music mingling with the hum of the espresso machine and rattle of coffee cups, as people step through the front door and scan for a seat.

“I feel like Wilmette is on the cusp of having this huge boom, with all the restaurants that are here and the retail,” she said. “I think people are going to be so ready to get back out and to just be around other people.”

Central Station signed a lease in October 2020 for the storefront at 1150 Central Ave., the former location of coffeehouse/music school The Rock House.

Degen lives in Wilmette with her husband, three children and puppy, and formerly worked in the event production and hospitality industries.

Seeing a need in the community, though, she turned into a proprietor.

“We found ourselves going to all the neighboring towns,” Degen said. “Everybody has their own little coffee shop or centrally located place to go for coffee. In Wilmette, we just haven’t had that since the Rock House left.

“I looked at different places in the last couple years and I think my husband pushed me to check out this space, and it all perfectly came together, which is so strange to say for a pandemic opening.”

The buildout is underway for Central Station, which Degen hopes can open in late May or early June.

The coffeehouse, Degen said, will have traditional coffee and espresso offerings, as well as a “big focus on tea,” a nostalgic touch for Degen who said she used to drink tea and play cards with her grandmother.

Central Station will also serve pastries in the morning with possible “light food” options in the future, she said.

“Central Station is that central meeting spot for people, a rendezvous spot,” Degen said. “I can picture it out now: People walking over to Heroines and Heroes or Share and picking up their stuff and then coming here and grabbing coffee. The girls going to meet and having tea and sitting outside.”

Wilmette does have another independent coffee shop, Alchemy Coffee and Bake House, located in the Fourth and Linden business district.

Central Station will join Pit & Tap — which also plans to open in late spring in the former home of Nick’s Neighborhood Grill — as new dining options in downtown Wilmette this spring.

Degen said she’s spent a lot of time talking with her downtown Wilmette neighbors, as well as friends in the community.

“Everyone just seems so excited about this, which is making me more excited to get this done and open,” she said.

The Record is a nonprofit, reader-funded news site. Our public-service journalism, including some business news, is free for all to read.