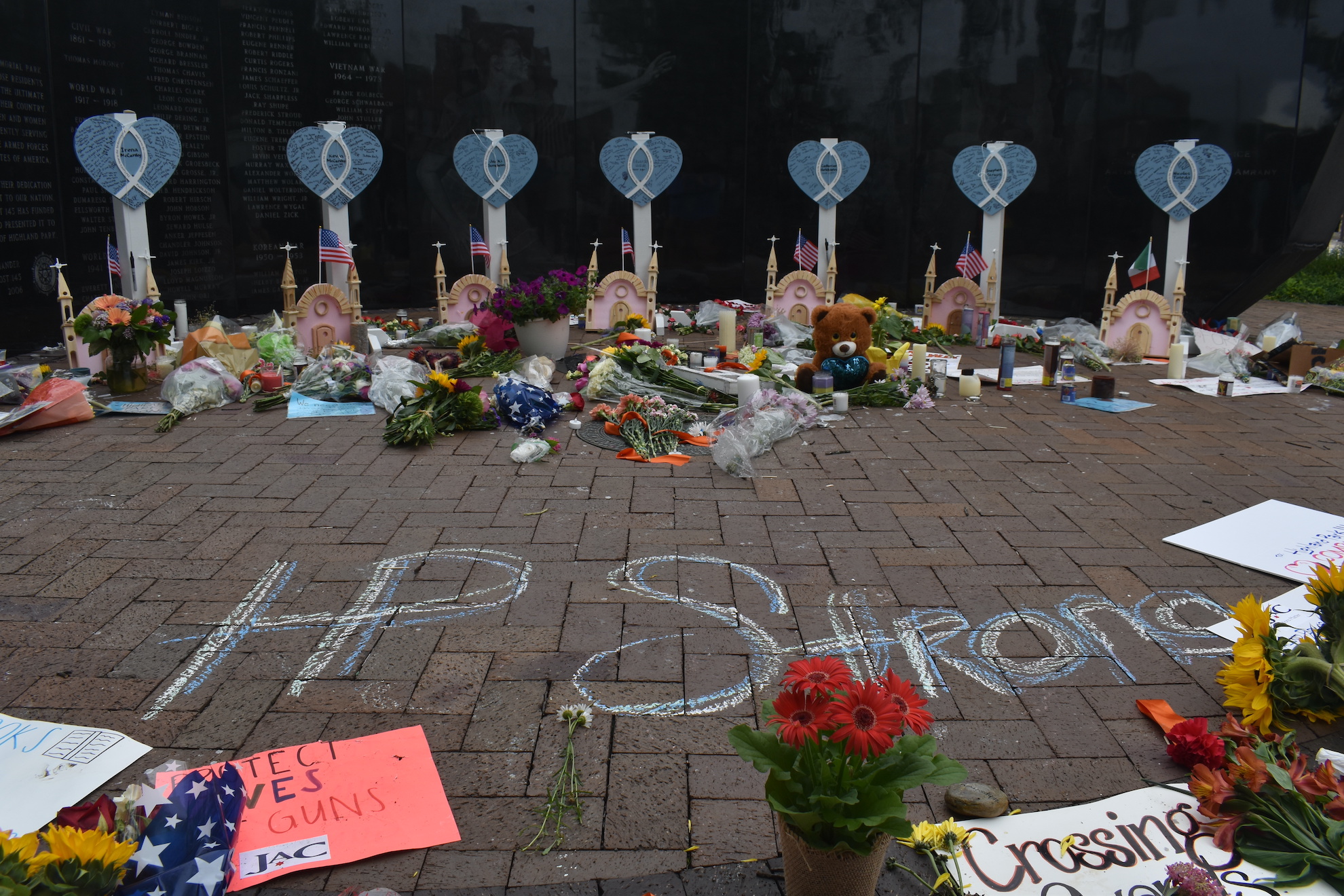 • Vigil at Highland Park City Hall, 1707 St. Johns Ave., at 7 p.m. on Wednesday, July 13. City of Highland Park will host for the community to gather together and honor the memory of the victims.

• Galilee UMC, 1696 McGovern Ave., is holding a vigil at 7 p.m. Wednesday, July 6. All are welcome for a time of silent prayer and reflection and comfort.

• The Community Church of Lake Bluff (117 E. Scranton Ave., Lake Bluff) held a prayer service, today at 12:00 noon. The service will include prayer and music at Christ Church on the corner of Route 60 and Waukegan Avenue in Lake Forest.

• A family assistance center opened on Wednesday, July 6, to provide support services and crisis assistance to those who were directly impacted at the parade. The location and hours of operation are pending. More information will be posted on the City’s website here.

• The Highland Park Police Department, the American Red Cross and the FBI Victim Services Response Team are engaging with victims and families to assess their immediate needs and provides crisis intervention and other forms of emergency assistance. Anyone who is a victim of the incident and is in need of support can call (800) CALL-FBI.

• Counseling professionals have extended their time at Highland Park High School, 433 Vine Ave. Students, staff and community members can visit from 9 a.m.-9 p.m. Wednesday-Friday, July 6-8, each day. Anyone who is not a current District 113 student or staff member who wishes to take advantage of counseling services will need to have a valid driver’s license to be cleared to enter the school, which is the school’s standard procedure for visitors to the school. No appointment is necessary, but only the Vine Street entrance will be open. Updates have been posted on the district’s Facebook page.

• Counseling services will also be available during Summer School hours at Deerfield High School for District 113 students and staff only.

• Family Service of Glencoe is providing counseling services to the community and will be available as needed in the coming days.

• Wilmette Public Schools District 39 has compiled resources that may be beneficial to support families. Click here for these resources.

DONATE (The Record will only publish vetted fundraisers.)

• GoFundMe for 8-year-old Cooper Roberts and his family after Cooper and his mother, Keely were shot at the parade. Cooper reportedly was shot in his spine and is paralyzed from the waist down. He remains on a ventilator as of Thursday, July 8.

• GoFundMe for Aiden McCarthy, 2 years old, after both his parents, Kevin and Irina McCarthy, were killed at the parade.

• GoFundMe in honor of Nicolas Toledo, who was killed during the parade. Monies raised will aid with any medical expenses and funeral expenses, per the site.

• GoFundMe for Kolpacks and Joyces, wounded victims of the attack.

• GoFundMe for Lilli Carrasco, whose face was grazed with a bullet during the parade.

• GoFundMe for Alan Castillo, wounded victim of the attack “awaiting surgery for a bullet that his entered his back due to the events,” the funding site says.

• Highland Park, IL Parade Shooting Victims Fund: A centralized donation site organized by Victims First. All collections will be sent directly to the families of the deceased and the injured of the mass shooting, the site says.

• Victims of the Highland Park July 4th Shooting: All donations will be sent to Victims First.

• At 10:10 a.m. Monday, July 4, a man with a legally purchased high-powered rifle fired as many as 70 gunshots from a nearby rooftop and into the crowd at the Fourth of July parade in Highland Park, Illinois.

• Seven people were killed and at least 40 others were injured in the attack.

• The shooter legally purchased at least two rifles and other firearms within the past two years.

• After the shooting, the suspect was dressed as a woman in what authorities believe was an attempt at disguise. He then walked among the crowd out and then to his mother’s home nearby.

• Suspected shooter Bobby Crimo, 21, of Highwood, was arrested around 7:30 p.m. on Monday, July 4, while driving on Route 41 in Lake Forest. He reportedly was spotted by a citizen who called 911 to alert authorities and then a North Chicago police officer located the vehicle and began pursuit. The short pursuit ended when the suspect stopped his vehicle and he was apprehended without further incident.

• Local law enforcement had two interactions with the suspect in 2019. In one of those instances, he threatened to kill his family, and police seized at least 18 blades, including a sword and a dagger.

• Highland Park is a shoreline community about 25 miles north of Chicago with a population of about 30,000 residents — about 86 percent of whom are white and about a third of whom are Jewish. The median household income is about $150,000.