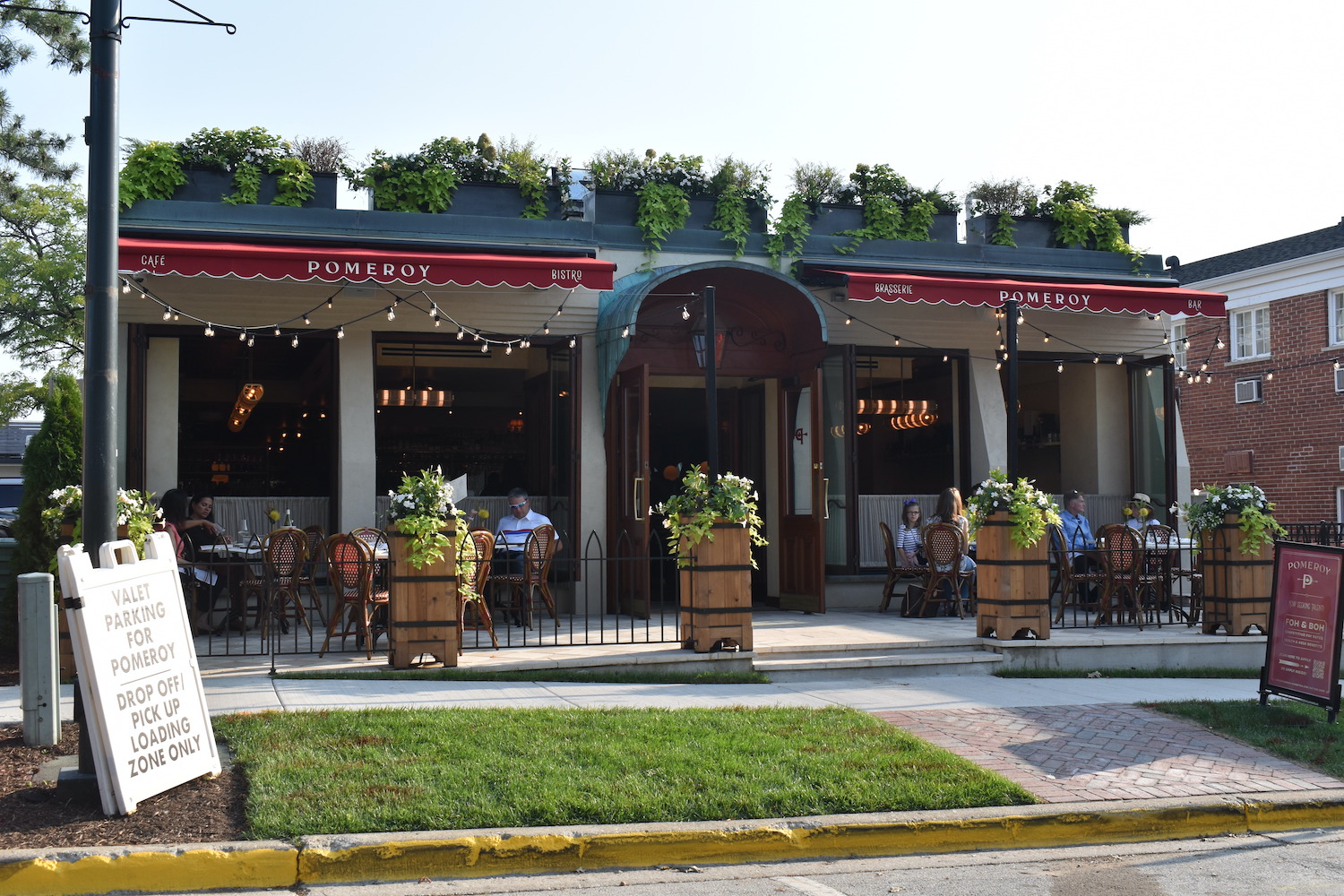 It has been a banner year for local diners.

Several new options have swung open their doors to meet eager crowds in 2021, and two more have just joined the list.

Winnetka’s Pomeroy and Glencoe’s Poppy’s Social, both of which include significant outdoor seating, are now welcoming customers.

The spots joined recent additions to the local restaurant-scape such as: Pit & Tap barbecue, Clucker’s Charcoal Chicken, and Central Station Coffee & Tea in Wilmette; and Towne and Oak cafe, Little Honeycomb and Momsy’s Cafe in Winnetka.

As first reported in February by The Record, Pomeroy, 844 Spruce St., is the sixth restaurant from Ballyhoo Hospitality, which also operates Sofia Steak in Wilmette. A seventh Ballyhoo project, Buck Russell’s bakery and cafe, is coming soon to Wilmette.

A French bistro, Pomeroy is inspired by Parisian cafes, according to its website, and Ballyhoo CEO Ryan O’Donnell said it is an “approachable, casual place that serves proper, classic French food.”

Through the first two weeks, O’Donnell said, guests have favored the tomato tarte with fromage blanc and herbs de Provence ($15) and the steak frites, of which there are four options.

O’Donnell added that diners have also consistently enjoyed the daily special, or plats du jour, which include crispy duck breast on Wednesdays and a seafood bouillabaisse on Fridays.

“It’s been great,” he said. “The neighborhood seems very enthusiastic. … The feedback has been very positive so far. We love the neighborhood and the people.

“I think they’re excited to have a French restaurant that delivers on the level we’re striving for,”

A couple miles north of Pomeroy, Poppy’s Social is the newest spot in downtown Glencoe.

While the restaurant from Pete Kadens had to audible from its original plans, it debuted with a soft opening on Friday, Sept. 10, and will reopen Thursday, Sept. 16.

“Thanks to everyone who joined us this weekend (Sept. 10-12), and for your patience and grace,” reads a Facebook post from Poppy’s Social. “We will be closed (Monday), Tuesday and Wednesday while we work to get things poppin’ the right way.”

The casual, bright restaurant offers pizza, sandwiches and entrees with an Italian slant. It also serves burgers, salads, wings and more to complement a full bar, including four beers on draft.

The restaurant had plans for a large outdoor patio that would feature live music, but amid resident complaints, Glencoe officials urged Poppy’s to scale back the plan.

Poppy’s has tables in the parkway in front of the building as well as 36 seats on its patio.