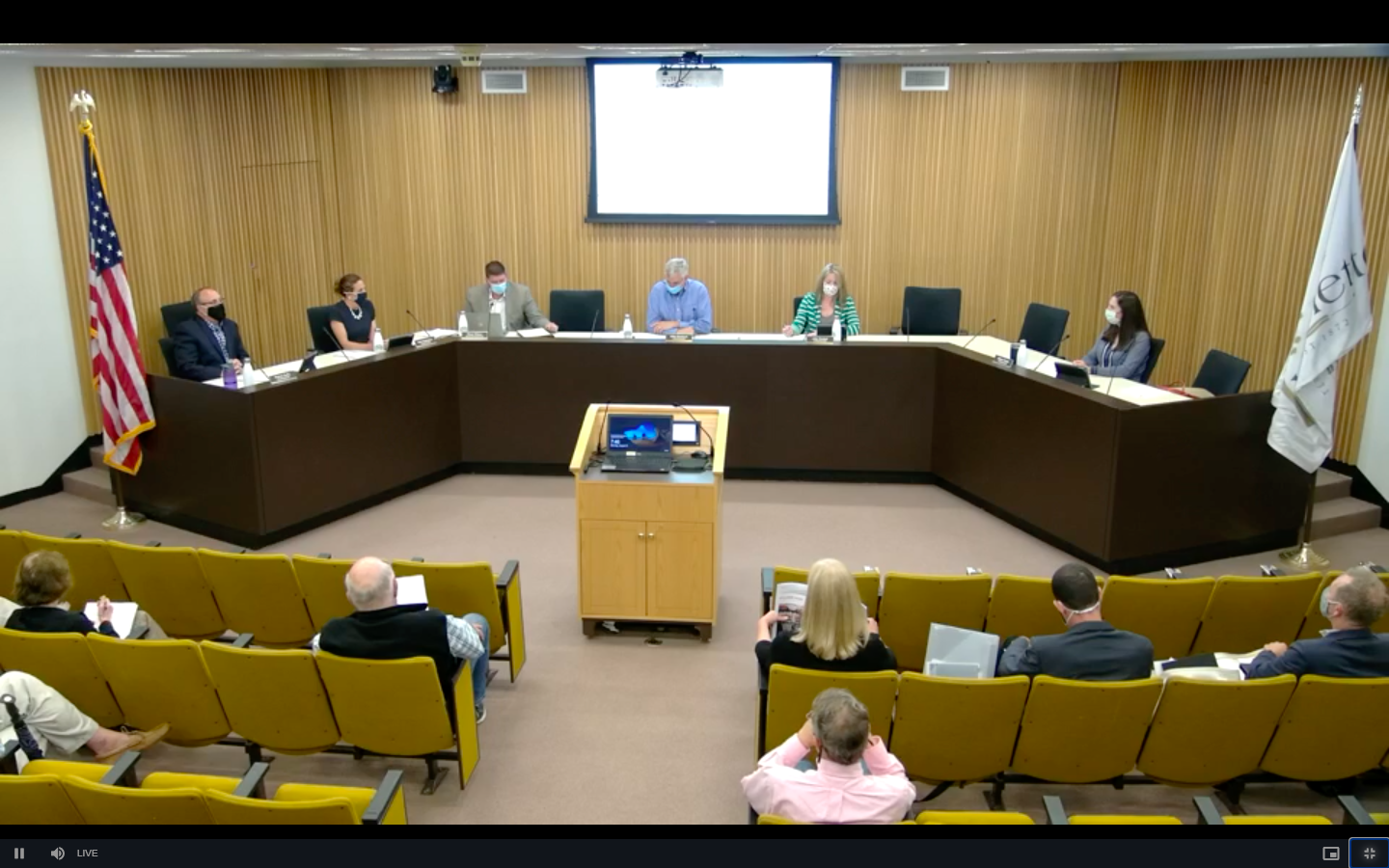 Interest in serving on the Wilmette Park Board revealed itself in the April election, when nine candidates — including only one incumbent — battled for three open seats.

In the wake or Commissioner Todd Shissler’s resignation, the board has received four applications after putting out an open call to fill the vacant board seat. Shissler relocated out of state.

The term for the open position ends in the spring of 2023, when four Park Board terms expire.

The Park Board debated and locked in a procedure to vet candidates at its August meeting, preparing a process to analyze applications collected from Aug. 10-29.

At the board’s Committee of the Whole meeting on Monday, Aug. 23, staff announced just two applications had been submitted to go with one “inquiry.” Since then, two more applications were filed and another individual showed interest, according to Steve Wilson, the park district’s executive director.

The Record confirmed one of the applications was submitted by Isaac Gaetz, a structural engineer and member of the Village of Wilmette’s Transportation Commission.

Gaetz said he is a frequent user of Wilmette parks and has kept involved in recent park matters, such as the Gillson Park Comprehensive Plan and the renovations at Community Playfields. Gaetz has also championed the addition of a disc golf course in Wilmette, a project still in the discussion phase.

Rich DeLeo is another interested party. DeLeo ran for Park Board in the April Election, finishing seventh with 956 votes. He told The Record on Tuesday, Aug. 24, he inquired about the open seat but was not sure if he was submitting an application.

The fourth-place finisher in April, Bryan Abbott, who ran as a two-term incumbent, said he is not throwing his hat in the ring this time around. April candidate Walter Keats, who operates the community group Wilmette Park Friends, is also not in contention. The three other election candidates — Mark Schumacher, Andrew Levy and Mike Doyle — did not respond to messages to The Record as of press time.

To read more of the empty position and fill out an application, visit the Park Board’s web page.