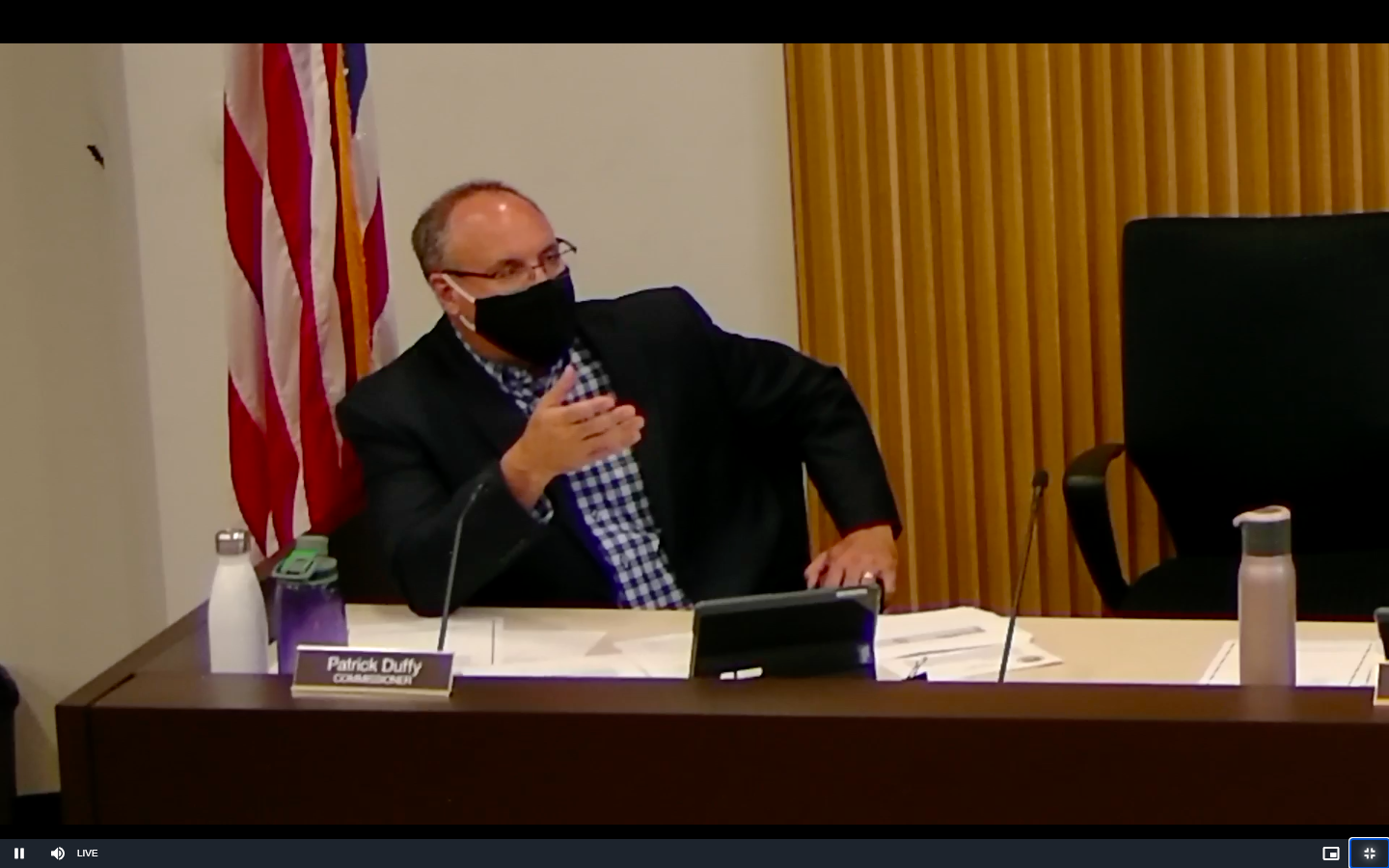 Commissioner Patrick Duffy speaks with his fellow Park Board members during their meeting Monday, Aug. 9, in Wilmette.

The Wilmette Park Board hopes to be whole again by September, but the public will have a lot to say about that.

In the wake of Commissioner Todd Shissler’s July resignation, the board on Monday, Aug. 9, discussed and locked in steps it will take to fill the void.

Commissioners hope they can appoint a new colleague by September, but admitted that it all depends on the number of candidates who apply for the open seat.

“September is the goal for all of us,” Board President Mike Murdock said. “It is possible it goes into the month of October and we shouldn’t view that as a failure. It’s all contingent on the number of applicants.”

Community interest in the Park Board spiked in the April election, when nine candidates — eight of them newcomers — fought for three open seats.

It is unclear by press time if any of the April candidates will seek the recently vacated seat, and the board did not discuss the election results during Monday’s meeting.

Wilson said he used precedent as guidance, reviewing processes from previous Park Board vacancies in 2011 and 2015.

Just like years past, the park district will publicize the vacancy and call for applications from Wilmette residents. Wilson said a press release was going out Tuesday, Aug. 10, and applications are due Aug. 29.

In a break from previous years, however, candidates’ names will be redacted from the applications, a strategy spearheaded by first-year commissioner Kara Kosloskus and supported by the majority of the board. Vice President Julia Goebel was against the idea, while commissioner Cecilia Clarke was absent.

Wilson emphasized that the redactions are only for the commissioners benefit during initial screening and the names of the candidates will be made public.

The board took it a step further, deciding to cover the names only for the application review. Commissioners will know the names of the candidates, but not which application each of them submitted.

The goal of the redactions is to mitigate biases right from the start, Kosloskus said.

“It’s in the spirit of being fair,” she said. “There are no other intentions.”

The application will feature nine questions and each question will be scored on a scale yet to be determined. The scores will be added up for an overall tally. The applications will also be ranked with a general score to give commissioners two sets of data to help advance candidates to an interview process.

Eventually, the board will consider the finalists in a closed session before a public vote in either September or October.

In an effort to enable impartiality, Goebel suggested an objective observer sit in to closed-session discussions.

Since three new members joined in May, the Park Board has endured contention that commissioners fear has affected their relationship with the community.

“We are in a position to rebuild trust,” Goebel said. “This is a place where we can demonstrate that in the affirmative. We are all seeking a more engaged and trusting community.”

The board agreed and is looking into options for a qualified individual.