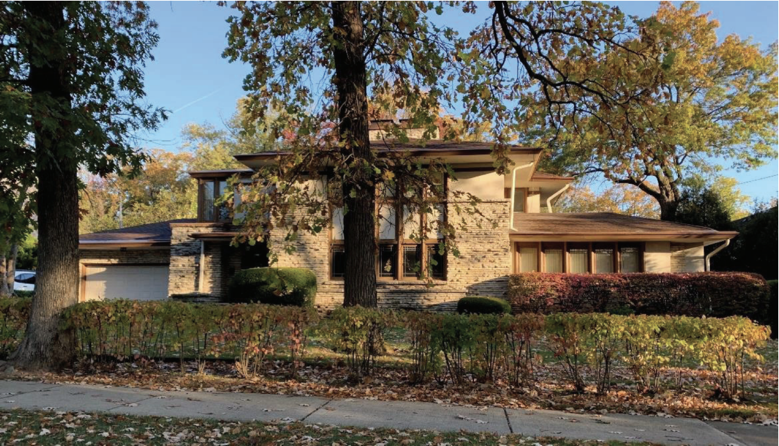 The possible demolition of 1015 Starr Ave., a Winnetka home deemed to have historical and architectural significance, is one of several local properties officials are hoping to preserve with heightened regulations. | Photo courtesy of the Village of Winnetka.

Winnetka’s Village Council solidified months of discussions devoted to the preservation of historic and architecturally significant homes in town during its March 16 meeting.

Trustees approved an ordinance granting several amendments to village code that most notably will allow a demolition delay period of up to 270 days and an incentive to exceed by 20 percent the legal size of any single-family property that is found to have historical or architectural significance.

Council members OK’d both of the amendments via a 5-1 vote, with trustee John Swierk dissenting on both measures.

Swierk expressed concern regarding the 270-day delay, saying it could put property owners in a bind if they need to take action quickly because of an emergency situation. He advocated that an emergency clause be added and called the approval “not a responsible action for property owners.”

Other members of the council disagreed.

The council’s deliberations on the matter come in the wake of what several Winnetka officials described as a “teardown issue” in the village that is a “huge problem.”

Additionally, officials have witnessed a recent stretch of historically significant properties in the village that were either demolished or required grassroots preservation measures.

Under current village regulations, before a property in Winnetka can be demolished, it must be reviewed by the Landmark Preservation Commission.

The property owner seeking to demolish then hires a consultant to complete the study, and it is presented to the commission at a future meeting.

It is then determined if there should be the issuance of a 60-delay in the demolition to provide a window to potentially save the building.

But after the 60 days, the applicant can still move forward with demolishing the structure, as the Landmark Preservation Commission cannot prevent the demolition of a structure but only attempt to facilitate a preservation agreement.

Louise Holland, the longtime chair of the village’s Landmark Preservation Commission who stepped away from the position late last year for health reasons, said during the public comment portion of the meeting that the previous “ordinance just didn’t do the job.”

Beth Ann Papoutsis, a current member of the preservation commission, said “it’s been a long time coming” regarding the changes. She added her belief that “in Winnetka, there is ample opportunity for new construction as well as ample preservation.”

The first allows the chance to appeal to the Village Council if the Landmark Commission finds an applicant’s house is historically or architecturally significant and subsequently issued a 270-day demolition delay. The second allows an applicant for the maximum building size incentive to also appeal to council if the landmark commission does not find the applicant’s home historic or architecturally significant.

The council does plan to continue to review and potentially tweak measures related to historic home preservation in the coming years when officials review Winnetka’s master plan.

The Record is a nonprofit, reader-funded news site. Our public-service journalism, including coverage of local-government action, is free for all to read.