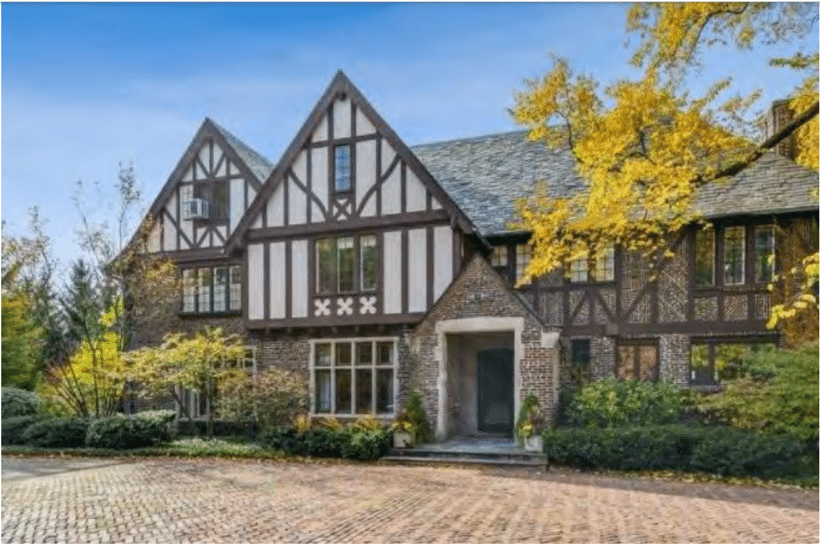 Winnetka's Landmark Preservation Commission is slated to consider a demolition permit Monday, Jan. 4, for 740 Ardsley Road, a home built in the 1920s that the historical society deemed has “historical and architectural significance.” | Photo courtesy of the Village of Winnetka.

After a month-long postponement and an “enormous amount of opposition,” a contentious proposal to demolish a near-century-old Winnetka home will make its way to the village’s Landmark Preservation Commission Monday, Jan. 4.

UPDATE: The commission tabled the discussion Jan. 4 at the request of the builder

Commissioners are slated to consider a demolition permit for 740 Ardsley Road, a home built in 1928 that the Winnetka Historical Society determined after research has “historical and architectural significance.”

The proposal has faced staunch opposition from neighbors and community members and has even drawn the ire of elected officials during public meetings.

Many of those in opposition to the teardown are alleging an agreement to preserve the property was a condition of its sale, but representatives of the buyers are saying that demolition was always expressed as a possibility.

At least two dozen Winnetka residents submitted public comments prior to the commission’s meeting Monday, urging it to preserve the historic property and calling the possibility of a teardown an “absolute tragedy.”

In research submitted to the village, the Winnetka Historical Society’s findings detail the property’s historical and architectural significance.

According to the historical society, the original architect was Ralph E. Stoetzel, who is known for his designs of large homes in the 1920-30s. Stoetzel, per the society’s research, “became a prolific designer of industrial and office buildings for large corporations after World War II.”

The historical society also found noted designer Jens Jensen, whom has a park in his honor in Highland Park, as the landscape architect of the property.

Research also states the home has regional and local significance because of its prestigious previous owners, such as Herbert Sieck, the director of Wieboldt Stores; James B. McCahey, longtime president of the Chicago Board of Education; and Harvey Bundy, a prominent Chicago investment banker, according to village records.

Commissioners will have two options at the Jan. 4 meeting, neither of which can preserve the property. Officials can vote to allow demolition of the home with delay, or they can vote for the requirement of a Historical Architectural Impact Study, which would delay demolition 60 days, according to village code.

The hearing was originally scheduled to take place Dec. 7 but was pushed a month given the high level of community interest.

‘The character of our village is at risk’

The crux of contention surrounding 740 Ardsley Road was born when the property was purchased in September.

According to property records the home was sold for $2.2 million to 740 Ardsley Revocable Trust. Available records do not reveal the individual(s) behind the trust, and The Record could not confirm them by press time.

Sheri E. Warsh, an attorney representing the trust, declined to name the buyers but did tell The Record “they are respected entrepreneurs and business people who have made significant contributions to the Chicago business community.”

The owners submitted a demolition proposal in late November, a maneuver several neighbors say goes against what was promised when the property was sold.

In public comments submitted to the village, eleven homeowners say the Bundy family, the former owners of 740 Ardsley, sold the home under the condition that it would be preserved.

The Record could not validate these claims or reach the Bundys by press time.

Terri and Joe Long, who say they’ve lived on Ardsley for more than a decade, contend the home was priced for repairs.

“The Bundys priced their lovely home with room for the buyer to renovate the property,” they write in an email to the village of Winnetka. “That is exactly what the buyers indicated they were going to do when they bought the house before it became an open listing. We have to wonder what changed so quickly.

“We believe they or another buyer to whom they now sell should renovate and preserve. The character of our village is greatly at risk if this is the fate of homes like 740 Ardsley.”

Warsh, in an emailed statement to The Record, did not confirm or deny that a buyer-seller agreement was in place prior to purchase, but said due to competing offers, her client “felt compelled to rush an offer without sufficient opportunity to investigate the feasibility of a renovation.

“My client was charmed by the home’s character and with an untrained eye, did optimistically express interest in preserving the home,” she added.

Warsh also said that during the time between the offer being accepted and the scheduled close date, the buyer hired both a builder and an architecture firm. She said the professionals advised “a majority of the materials and structures may need to be replaced and the structure rebuilt.”

“Upon this realization, several weeks prior to the transaction closing, my client expressed to the sellers that demolition might be the outcome,” she said. “The sale later proceeded and following closing, the analysis concluded and the decision was made to pursue deconstruction”

Blakely Bundy, who with her husband Harvey owned the home from 1973-2020, thanked the commission for its review of the proposal in an email to the village.

“It is a wonderful house and we hope that you will vote to preserve it,” she said.

“Harvey and I will be following your deliberations carefully and hope for a positive outcome, so another family with young children can enjoy living at 740 Ardsley Road for many years to come.”

At several public meetings, village officials have expressed concern with what they perceive as a current trend throughout Winnetka: the demolition of historically significant properties.

During the council’s Dec. 15 meeting, Village trustee Jack Coladarci said 740 Ardsley is representative of what’s been going on in the village.

Coladarci said that as the council’s liaison to the Landmark Preservation Commission, he’s witnessed this issue firsthand over the past 18 months, saying the teardown issue in Winnetka is “out of control.”

Specifically related to 740 Ardsley Road, Coladarci briefed fellow council members on commentary the village planned to receive “somewhere on the level of One Winnetka” in terms of people’s objection.

“People are very, very upset, this one seems to have caught people’s attention and as it should,” he said. “It’s a gorgeous house on a beautiful lot. It appears that, perhaps, and we don’t know, but it looks like the purchaser had maybe sold a bill of goods potentially to the sellers, indicating that they were thinking of preserving the property. But they’ve now come in and say they want to demolish.

“The effect on that particular neighborhood looks like it’s going to be huge.”

After providing descriptions of similar situations in the village, Coladarci told the council he wanted to take time to address them because “there’s a huge problem right now.

He, and several other members of the council, said they would like to see this issue addressed sooner rather than later.

“The Village has almost no teeth in terms of stopping or slowing down or changing people’s mind. The ordinance is meant to give the Landmark Preservation Commission and other interested parties essentially 60 days, maybe a total of 90 days to try to change the mind of a person who is going to teardown what is considered to be a historic house. I think I’m aware of one, maybe two houses, where this has actually succeeded.”

Before a property in the village of Winnetka can be demolished, review by the Landmark Preservation Commission must take place, Community Developer Director David Schoon told The Record.

The commission first reviews the permit to determine if there is historical or architectural significance.

If it is determined there is significance, the commission will then ask for a Historical Architectural Impact Study, Schoon said.

The property owner then hires a consultant to complete the study, and it is presented to the commission at a future meeting. It is then determined if there should be a delay in the demolition to “provide an opportunity to possibly save the building,” Schoon said.

But after the 60-day delay, the applicant can still move forward with demolishing the structure, as the Landmark Preservation Commission can not prevent the demolition of a structure, they can only try to work to facilitate an agreement.

The rules give the village limited control of demolitions, even if properties are deemed historic. When compared to the nearby villages of Glencoe and Lake Forest — two communities known for historically significant structures — officials believe Winnetka’s policies are lagging behind.

“I want to get our codes up to point just to the level of their neighbors that protect their communities like Glencoe and Lake Forest,” trustee Rob Apatoff, who lives on Ardsley Road, said at the Dec. 15 meeting. “We are way, way behind them. I think we need a very quick and hard look at this to at least come up to the level of our neighbors, because that is what this community deserves.

“When people choose Winnetka, they choose it for a reason, not to come in and make it their view of what Winnetka is. There’s a lot of history that we would like to preserve.”

Village President Chris Rintz said Dec. 15 that the council will explore the possibility of holding a study session on the matter in 2021 to determine a potential future course of action.

The Landmark Preservation Commission’s Jan. 4 meeting is scheduled for 7 p.m. The meeting will be held virtually via Zoom. More participation information, and the agenda can be found here.