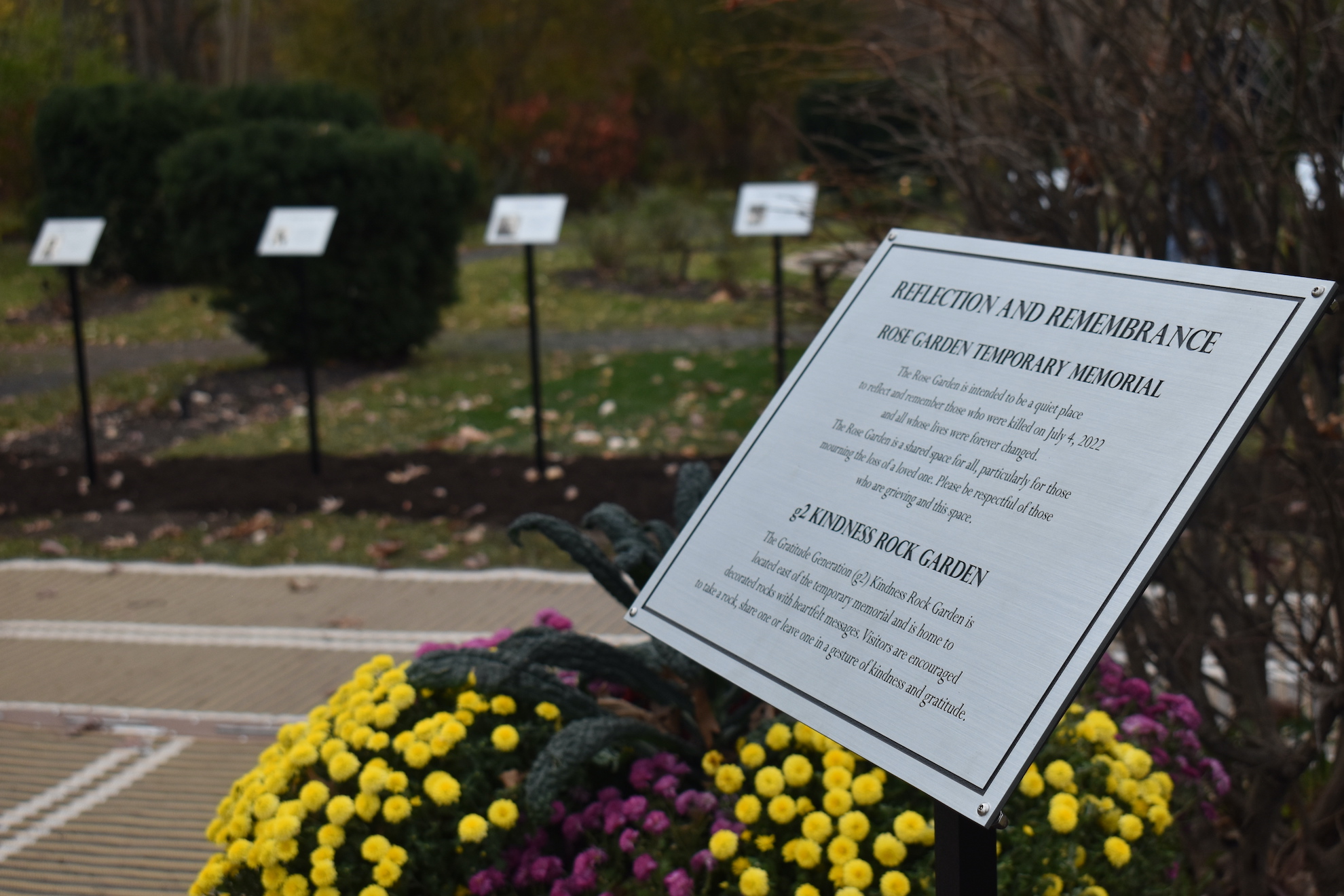 The City of Highland Park installed in November a temporary memorial in tribute to the lives lost on July 4, 2022. | The Record File Photos

As the City of Highland Park continues to mourn a mass shooting during the town’s Fourth of July parade more than six months ago, the City Council has officially started the process to develop a permanent memorial.

A temporary memorial honoring the seven individuals who died in the attack has been in place ever since July 4 — first organically at the corner of St. Johns and Central avenues, near the site of the incident, and then, as of November, in the rose garden near City Hall.

And during its committee of the whole meeting on Monday, Jan. 23, the council began discussions of how to go about creating the memorial.

Mayor Nancy Rotering opened the meeting by reading an emotional statement where she said “our hearts continue to ache for” both those who died that day and the survivors.

She called Monday’s discussions “the first of many,” and that any decisions about the memorial will include feedback from the families of the victims, the survivors and members of the public.

“The goal for this memorial is to pay tribute to those we’ve lost and those who survived,” Rotering said. “While absolutely nothing can replace a life, a permanent memorial can provide a place of remembrance, reflection and hopefully respite. And we know that any conversation about memorials is emotionally fraught, and we ask for your kindness, your patience and understanding as we take thoughtful and necessary next steps to provide a space for remembrance and healing.”

City Manager Ghida Neukirch shared a brief presentation where she detailed what the process will look like.

She said the U.S. Department of Justice has a division called the Office of Victims of Crime, which is providing Highland Park guidance on how to proceed with the memorial.

Neukirch said the Department of Justice has stressed the importance of a “trauma-informed process” when planning a public memorial for a tragedy such as the shooting, and she said the city is committed to full transparency in the memorial-planning process.

This includes regular communication with survivors, families of the victims, and the public, in addition to updates in the village’s e-newsletter and village website.

Citing the Department of Justice, Neukirch said “there’s no right way to do this, but really the most important thing is to make sure you’re engaging the public.”

Among the ideas mentioned were: community surveys, focus groups, open houses and vision meetings, plus the possibility of a committee tasked with overseeing plans, which may include the potential for sub-committees as well.

Neukirch added that this will be a “multi-year process,” and that a common question she has gotten is if any money has been budgeted for the memorial this year.

“We don’t have any money in the budget this year because this year is really about taking those thoughtful steps and figuring out how we’re going to move forward,” she said, “and what process we’re going to undertake to advance in a really thoughtful way, given that individuals are still going through a number of different issues emotionally as well as physically.”

“So, this will be a multi-year process, and I don’t want people to think that it isn’t for any reason other than we are absolutely trying to be as well-informed, and to be as reflective of the needs of our community as possible,” she said.

While no official action was taken at the meeting, every councilmember shared their thoughts on what they would like to see going forward.

Councilmember Andrés Tapia said it’s important to create a “psychologically safe process” because of how diverse the people affected by the tragedy are, not only in terms of race and ethnicity but also in mental state and sensitivity.

“Whatever we do, the psychological safety of everybody involved is going to be paramount,” he said. “And there’s diversity in terms of our own fragility, or our own vitality or readiness to deal or not deal, and we’re going to have to manage that.”

He added, “We’ve got to move forward, but we can’t leave anybody behind.”

Councilmember Anthony Blumberg said that it’s important to remember, with so many people contributing ideas, to be open and respectful.

“There are going to be differing ideas which one or another or more of us may disagree,” he said. “I ask that we all be tolerant.”

He added that he’s looking forward to hearing about all the potential ideas people have.

Councilmember Annette Lidawer echoed some of her colleagues’ thoughts that it would be beneficial to hear from members of other communities impacted by mass shootings, while also adding that the memorial process could benefit Highland Park.

“I want to view this as somewhat of a healing process for all of us and for our community,” she said. “And so, if people want to come out and speak about it because that makes them feel better and they have certain ideas, well, that’s one way of doing that.”

Before adjourning the meeting, Rotering said the council will need to figure out next steps in the memorial process. 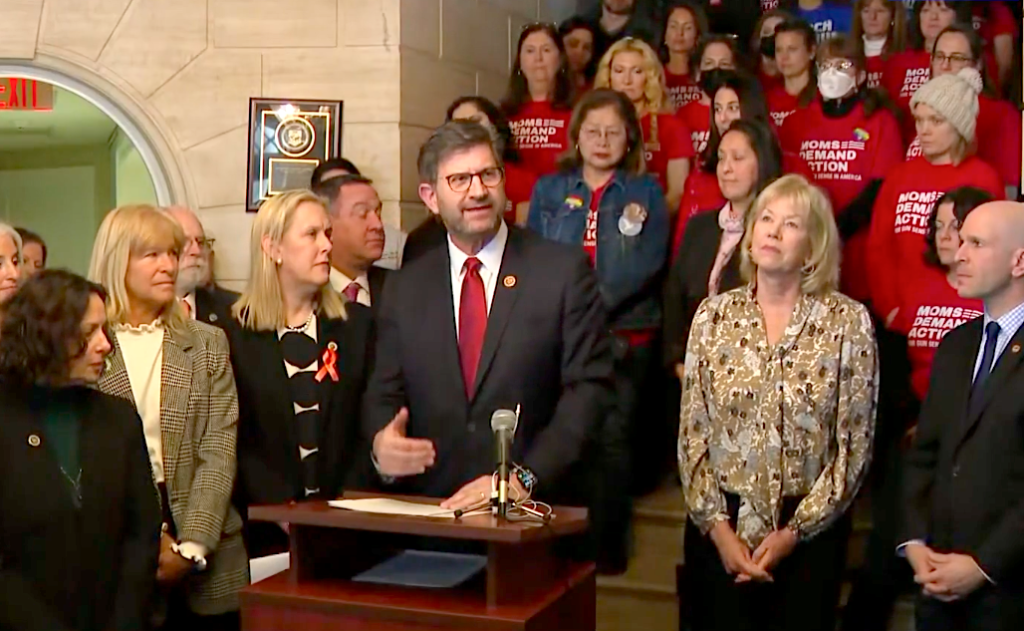