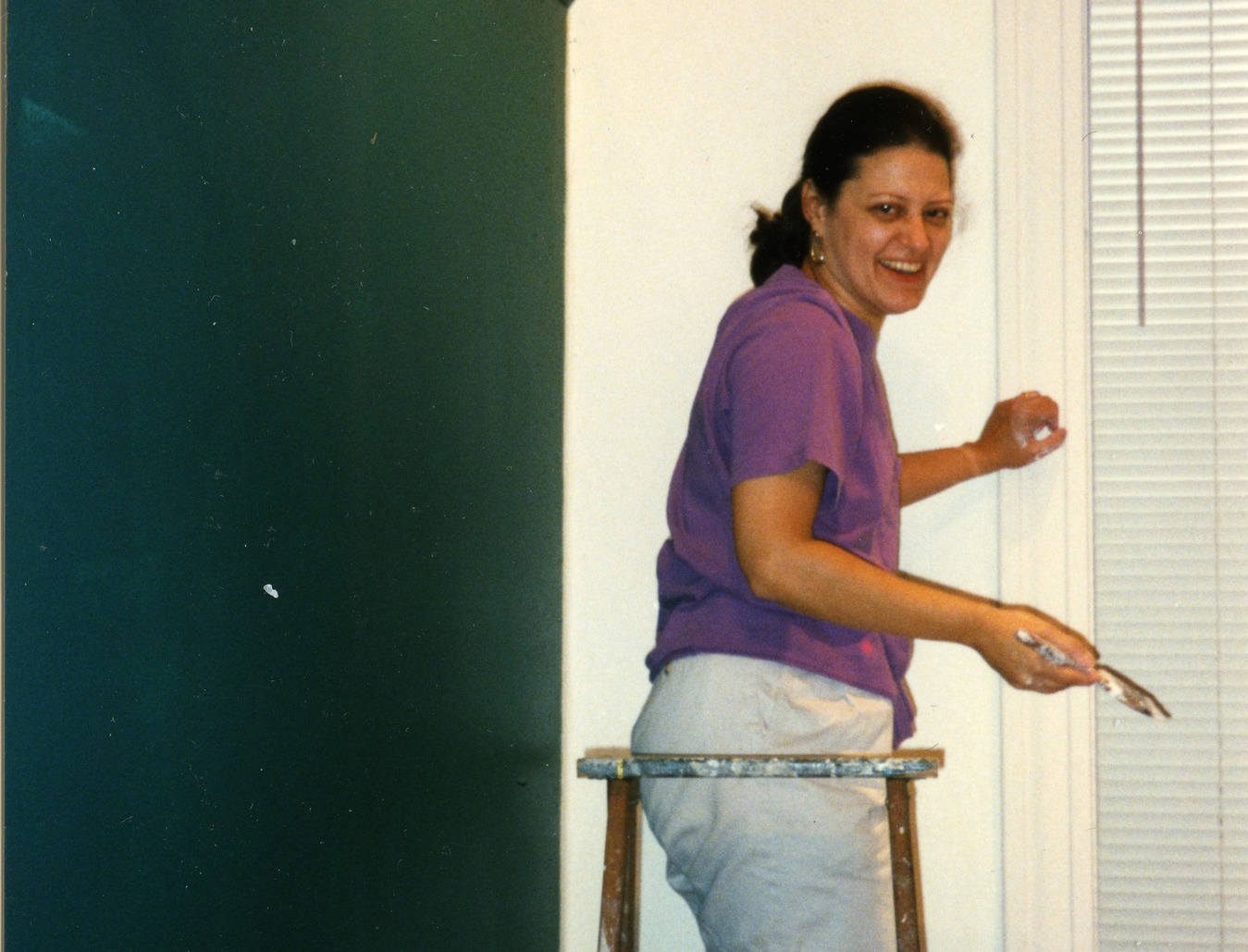 Pictured painting a gallery in 1996, Kathy Hussey-Arntson did it all during her three decades as director for the Wilmette Historical Museum. | Photos submitted

Museum work fell in Kathy Hussey-Arntson’s lap early on and she did not look back — figuratively speaking.

Literally, though, looking back was her primarily responsibility during a career in historical conservation, 29 years of which spent as director of the Wilmette Historical Museum until last week when Hussey-Arntson retired.

She passes the torch to Rachel Ramirez, who has served as the museum’s curator since 2020, and leaves behind a beloved institution for which she expanded local programming and was a steward of a large and growing collection of artifacts and oral histories reflecting Wilmette’s distant — as well as its recent — past.

“It’s been my honor to be the director or almost 30 years,” Hussey-Arntson told the Wilmette Village Board on Jan. 10. “This is such a great community, and so many of the people who make the museum run along with me are village residents.

“I’ll be very sad to leave the position but it’s time.”

The Evanston native received her first two job offers from museums in Minnesota while she was still in school. She loved the work and continued it both during graduate school and after earning a master’s in anthropology.

When the Wilmette museum job became available in 1993, Hussey-Arntson fortunately was already back in the Chicago area, having worked both for the Field Museum and Chicago Public Library in the collections area.

The Wilmette Historical Museum presented a contrast to the large institutions, with its specialized collections. Hussey-Arntson said that when she took the Wilmette job, the museum was housed in part of Highcrest School, which at the time was leased partly by the Village of Wilmette and partly by the Wilmette Park District.

“It was off the beaten track,” she said. “People weren’t coming there.”

In the same year, Wilmette School District 39 turned Highcrest back into a school, and the museum found itself in the basement of Village Hall.

The Wilmette Historical Society, which oversees the museum, planned a move to the former Gross Point Village Hall, the museum’s current home at 609 Ridge Road. The building was in terrible shape, Hussey-Arntson said. Nevertheless, once the Highcrest lease ended, plans had to go forward, and the museum moved into part of the building, at 609 Ridge Road, in 1995.

Hussey-Arntson was on hand at every stage of developing the new site: designating the spaces the museum would occupy and telling movers where the collections would go and the locations of the office and research room. She later oversaw remaining renovations and a state-of-the-art addition that opened in 2004.

Hussey-Arntson appreciated the move from large museums like the Field to Wilmette’s smaller collections and team. She enjoys following a historical story across areas of study. For example, she and her team began collecting architectural drawings of houses in West Wilmette, almost all of which were built during the post-World War II boom.

“When we did the 1960s exhibit we were able to use some of these drawings to educate the community about that era. We could use the items we had collected to illustrate something,” she said.

Hussey-Arntson thinks of the museum as “an alternate educational institution, for lectures, walking tours, exhibits or research.” Under her leadership the museum has expanded its collections.

“We go and ask for collections,” she said. “For example, when The Noodle restaurant closed downtown, we went and asked the Garrison family for donations, which they were happy to do. Sometimes you have to go and ask.”

She has also made sure the museum preserves current events. For one such effort, museum staff has asked residents for photos related to the COVID-19 pandemic to ensure that memories of this time are archived.

Hussey-Arntson also spearheaded a project to record who is buried in the cemetery at St. Joseph’s parish, an effort she is proud of. Staff took photos of the head stones and recorded stories of some of those interred there over several summers. Some headstones date to the mid-1800s.

Another effort Hussey-Arntson takes pride in is the new museum website, which debuted in 2021. Among the features on the site are oral histories relevant to Wilmette that anyone can listen to. The museum is in the process of digitizing and adding the more than 100 such histories in its collection.

Hussey-Arntson said local historical collections and memories can help to inform a community of why a problem exists or “why something came to be the way it is.”

The museum’s records were used to help inform decisions related to flood water storage in West Wilmette, for example. And when questions related to the Black Lives Matter movement came up locally, she noted, the museum provided some answers on African-American history in Wilmette.

“History can build community, too,” she notes. “It can create community spirit.”

“I want to thank Kathy for her years of dedicated service to the community,” said Terry Porter, president of the Wilmette Historical Society, in a Village of Wilmette press release. “Her stewardship established the groundwork for preservation of the Village’s history and her outreach efforts helped to share that history with visitors, students, and residents.” 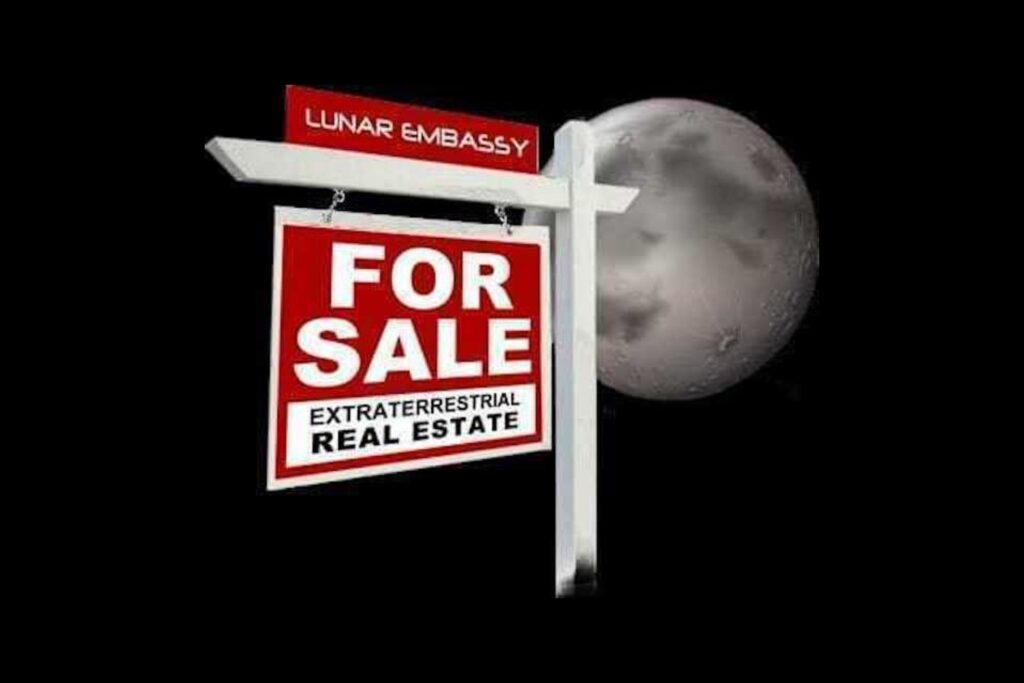