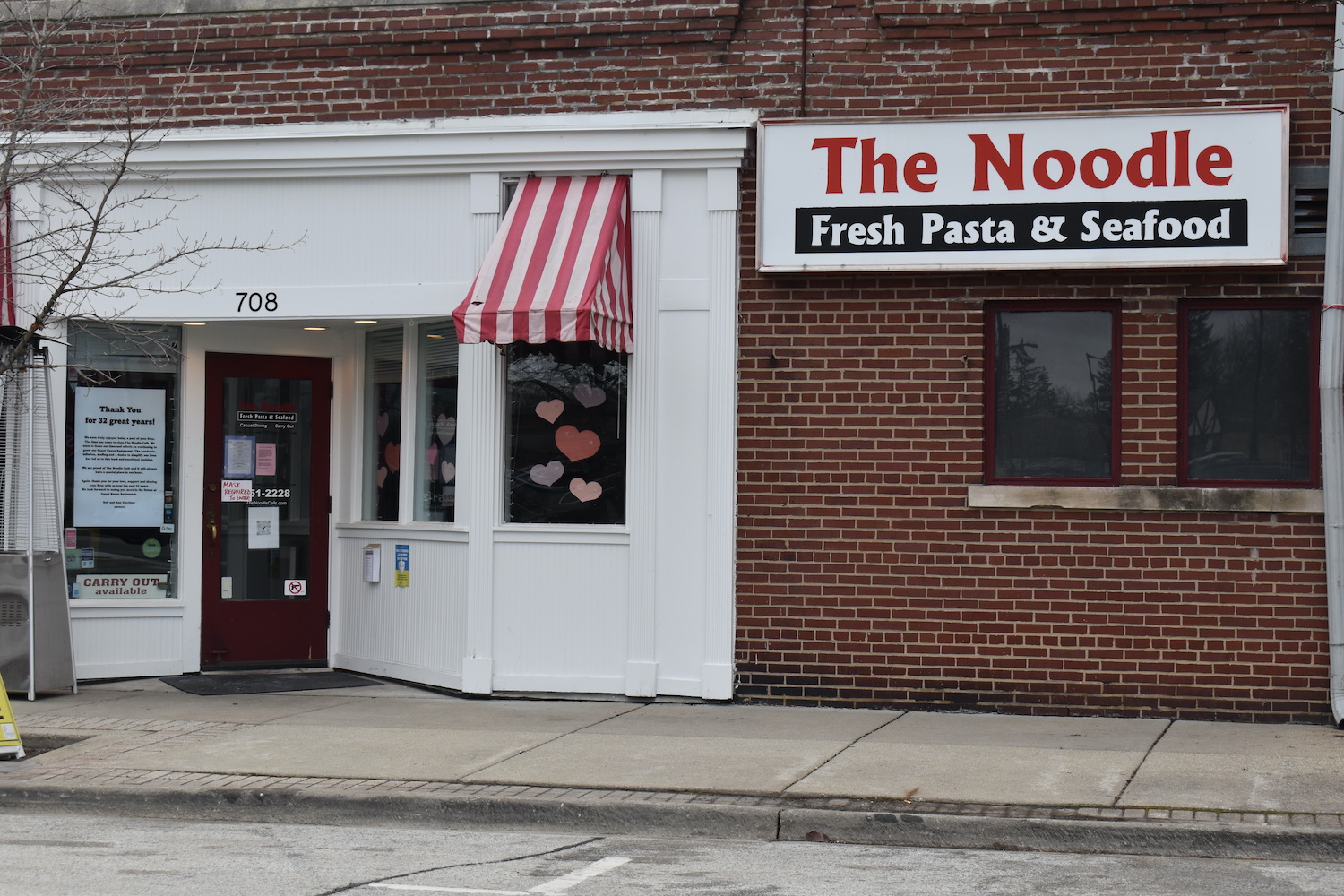 It has been a difficult week for locals who dislike goodbyes.

The Noodle Cafe became the most-recent Wilmette staple to announce a departure, following the lead of NorShore Meats and Deli and Wilmette-Kenilworth Chamber of Commerce Director Julie Yusim.

Saturday, Feb. 19, will be the final day for The Noodle after three decades of serving quality Italian fare and hometown charm in downtown Wilmette.

“I am as proud as you can be about what we’ve done over 32 years,” said Rob Garrison, who owns the restaurant with his wife, Ann. “Part of my heart would love to see The Noodle go on forever. Sometimes things just come to an end.”

The Garrisons also own and operate Depot Nuevo, a Mexican eatery and tequila bar, in downtown Wilmette, and before the onset of the COVID-19 pandemic, the couple was already considering a move to just one restaurant, Rob Garrison told The Record.

While the Garrisons tabled the discussion as the pandemic began, the challenges that quickly arose further strained their business.

A “handful of factors” led to their decision to close The Noodle; however, Garrison said “at the top of the list” was a staffing shortage.

“When we think and plan about opening this summer, we’d rather do a good job with one place (Depot Nuevo) than be spread too thin with two,” he said.

Other factors in the Garrisons’ decision include rising supply costs and employee wages, falling dining and catering demand, and space constraints, Garrison said.

Already nestled in a modest-sized storefront, The Noodle has prioritized health and safety by decreasing its table count by 40 percent — from 14 to eight tables — during the pandemic.

“That’s not a realistic number or viable long-term,” Garrison said.

It all created a difficult environment to succeed, and while Garrison said many of the issues will eventually sort themselves out, it is difficult to know when “eventually” will be.

“The question becomes how long do we feel like limping along,” he said.

The Noodle opened at 708 12th St. in Wilmette in 1990. With can’t-miss garlic bread and freshly made pastas, it quickly garnered a reputation as the friendly neighborhood Italian spot.

In Glenview, the Garrisons opened a second Noodle location in the late 1990s. After a decade, they closed the second shop and switched gears by bringing a Mexican restaurant, Depot Nuevo — and all of the Glenview Noodle’s employees — to downtown Wilmette.

The Noodle and Depot Nuevo gave the Garrisons a popular restaurant duo in Village Center, but the burden of running them successfully was ever-challenging.

“We are both in (our late 50s) and running two restaurants is very difficult,” Garrison said. “Simplifying life, we’ve been thinking for a while that that would be nice.”

The Garrisons made their closing announcement on Valentine’s Day, Feb. 14, and their Facebook post had more than 150 reactions and nearly 100 heartfelt comments, from “don’t go” to “thank you.”

Longtime customers also dropped by The Noodle to wish the Garrisons farewell in person — and of course enjoy one final Noodle dish.

“Business this week has been through the roof,” Garrison said. “ … All (the visitors) had sweet and wonderful things to say. It’s been nice to have this time with customers. They are part of our family.”

And if that is not enough for you, Garrison said keep your eye on Depot Nuevo, which is the new home for many Noodle employees and even surprise dishes either inspired by The Noodle or ripped right from The Noodle’s menu.

Garrison would not comment if the Noodle’s garlic bread would make the transition.