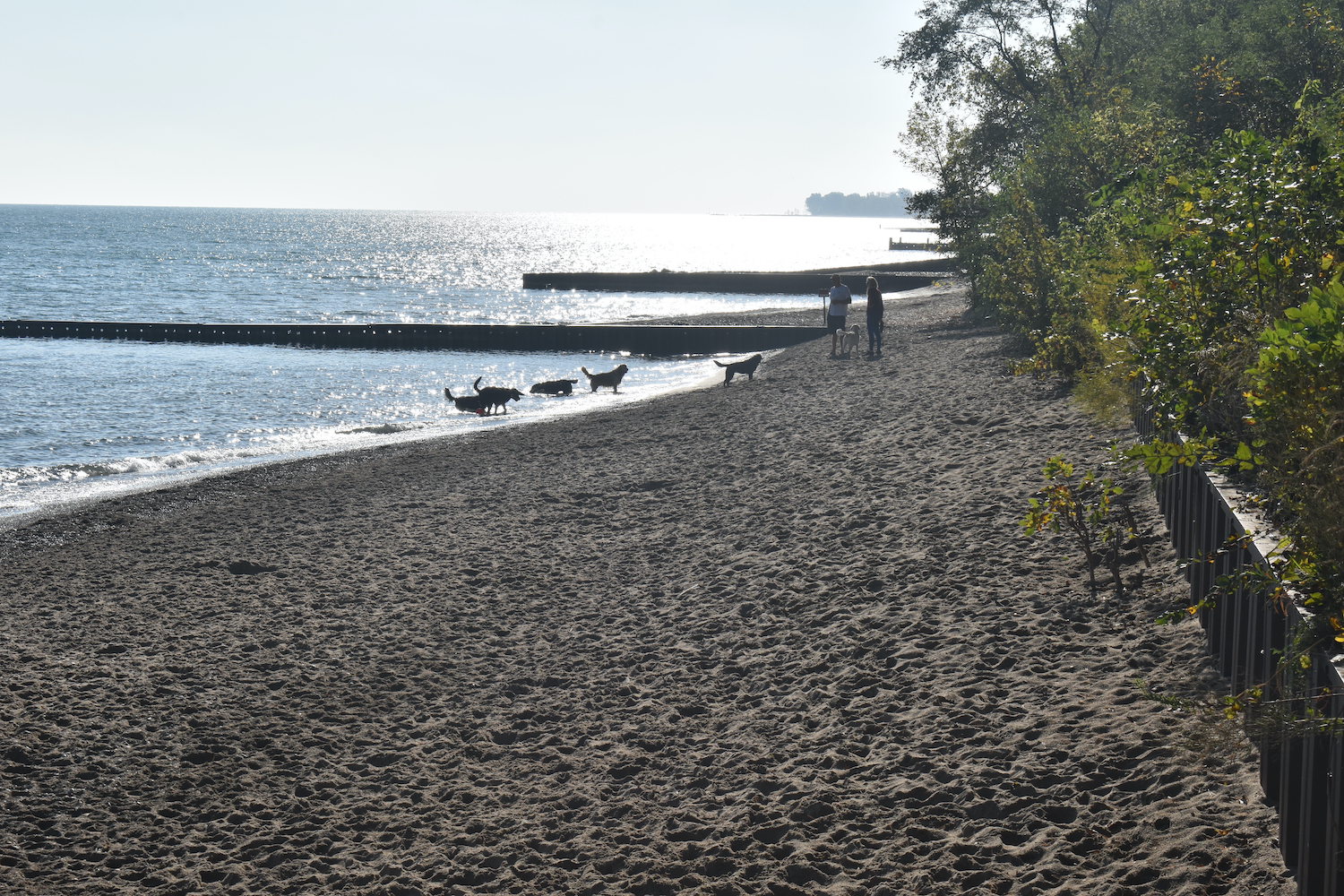 The Winnetka shoreline is the subject of a discussion over property right and public rights. | The Record File Photo

What oversight does the Village of Winnetka have to regulate its lakefront? And is there anything that should be done to increase that oversight?

Those questions were at the forefront of a study session held by the Winnetka Village Council on Tuesday, Jan. 10, where trustees heard five presentations regarding the roles of village, federal and state agencies in relation to Lake Michigan and its shoreline.

The study session was prompted by ongoing and substantial projects involving lakefront land that have sparked discussion of public access to the beach and the rights of property owners. The projects stem from a controversial land exchange agreement between the Winnetka Park District and the Orchard 2020 Trust, which represents Winnetka resident Justin Ishbia and his family.

But while the projects prompted the study session, Village President Chris Rintz told the audience that the Village Council would not be discussing specifics of those proposals.

“I need to make it clear that we are not here to discuss specific projects, including those at the park district or the Ishbias,” Rintz read from a prepared statement. “We are here to listen and learn so we can think strategically and share ideas.”

He added that trustees are aware that some community members want immediate action and decisions, “but given the complicated matrix of governmental stakeholders, we need to be sure we are on solid and informed ground before we begin to deliberate on specific actions.”

Hall said the Army Corps has different types of permits that are issued for shoreline work, but the most common is the general permit for projects with have minimal impacts on the environment. With general permits, there is a notice for public comment that is sent out. The public can comment every five years, he said.

When granting a permit, the Army Corps looks at public and private usage and how the permit would impact it.

He added that permits are most frequently approved for shoreline protection measures; piers, docks/ and boat ramps; navigational aides; and temporary recreational structures.

Stephen Altman, of the Division of Water Resource Management with the Illinois Department of Natural Resources, said his organization’s permitting guidelines are similar. Anyone who applies for a permit with the IDNR needs to notify their three neighbors to the north and their 10 neighbors to the south, which Altman explains has to do with the flow of sand within the lake.

“When we get an application, we want to make sure we have an idea of why they’re doing the project, and we’ll evaluate on some impacts,” which include “public uses like boating, swimming, fishing” and impacts on wildlife, he said.

Village Attorney Peter Friedman explained the legal rights along the lakefront and said that in the interest of full transparency his internal memo to the Village Council was being released to the public, which is something that isn’t typically done.

His memo, which was included with the council’s agenda, highlighted numerous laws and court cases that have ruled on jurisdiction over Lake Michigan and what regulatory entities can do.

While he wrote that the federal government has the “ultimate authority over Lake Michigan waters and the entire bed of the lake,” that doesn’t mean state and local agencies don’t have any authority.

Friedman wrote that the state of Illinois owns the land under the waters, while municipalities have some legal authority 1 1/2 miles into the lake.

In Winnetka’s case, Friedman said the village has a unique charter that gives it jurisdiction 3 miles beyond the water’s edge, which means it has jurisdiction for 3 1/2 total miles extending from the edge of the water.

He also highlighted the Public Trust Doctrine, which has come up numerous times during public debate on the land exchange agreement. Summarizing U.S. Supreme Court and state legal cases, Friedman said Illinois courts have ruled that land in the public trust is “the line where the water usually [stands] when unaffected by storms or other disturbing causes.” Further, he said the Illinois Supreme Court said Lake Michigan’s public trust doctrine extends “to recreational uses, including bathing, swimming and other shore activities.”

The presentations concluded with two Winnetka officials — David Schoon, community development director, and Jim Bernahl, engineering director — discussing the village’s zoning and engineering code, and how they each compare to other communities.

Following the presentations, trustees heard from about 10 members of the public, some urging the council to consider pro-public regulations and others asking trustees to avoid infringing on property owners rights.

While the Village Council planned on discussing what they’d learned, Rintz and the trustees ultimately deferred discussions to another meeting after hearing three-plus hours of testimony on Tuesday evening. A followup meeting was tentatively scheduled for Jan. 31, but Rintz said the date could change.

“I think it might be more productive for us to come back to the table and continue this discussion with our thoughts on whether we are to do anything,” he said. “That’s really what the conversation about this is. Do we want to add any layers of lakefront protection and lakefront permitting, and to what extent? I think that’s the primary conversation.”