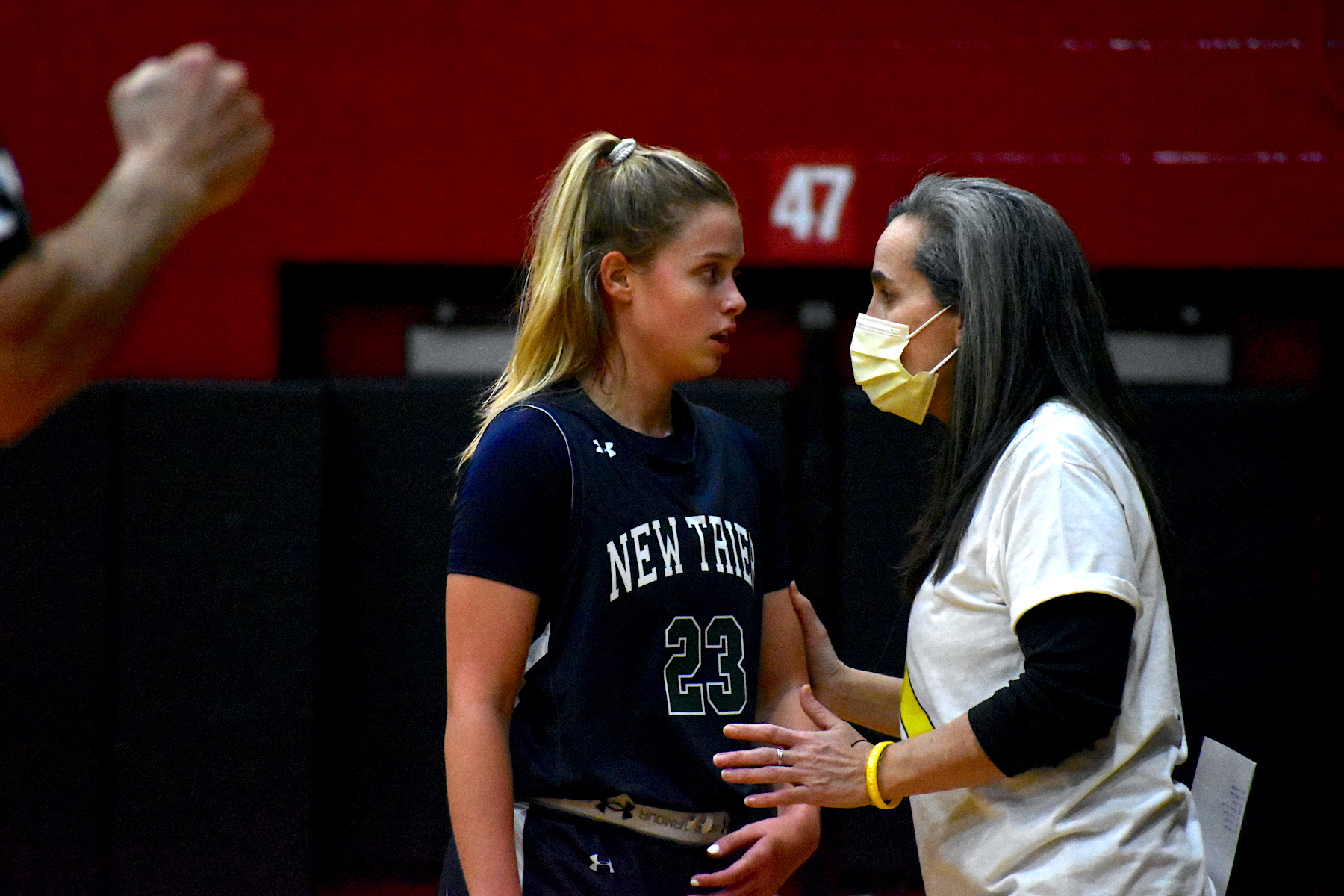 What’s in a name? To this year’s winner of the Derril Kipp Courage Award, everything.

New Trier girls basketball coach Teri Rodgers, who will receive the Illinois Basketball Coaches Association honor during a ceremony in May 2023, called coach Kipp a monumental and influential figure in Illinois girls basketball.

“It’s pretty overwhelming to be honest,” Rodgers said of the award. “It’s incredibly humbling. Coach Kipp is someone I looked up to even as a 17- and 18-year-old. He’s a big person in girls basketball and as I grew up and came into coaching ranks, I can appreciate at an even deeper level what he did.”

Rodgers is the sixth recipient of the Kipp Award, which the IBCA launched in 2018, two years after Kipp’s death at age 71.

Kipp coached Maine West girls basketball for 34 years, compiling 788 wins (23.2 per season) and leading the Warriors to five final fours, including a championship in 1988. Under Kipp, Maine West won a record 110 consecutive Central Suburban League games. He retired in 2016 and died months later after battling cancer.

“Derril Kipp showed a lot of courage with his students and organization,” said Mark Kleemann, the banquet chairperson for the IBCA board of directors. “The decision was made six years ago to name a courage award after him. We look for somebody who has demonstrated a great deal of courage in their own life.”

Kleemann said Rodgers was also considered in 2021 for the honor because of her efforts to increase equity on the basketball court and on the sidelines. Rodgers is a co-founder of Grow the Game, an annual girls basketball tournament that focuses on girls and women in the game. All of the participating teams are coached by women, and women officiate the games. The multiple-day affair — which typically welcomes a special guest as well (last year, trailblazing broadcaster Lisa Byington) — is scheduled for Jan. 5-7, 2023.

Rodgers also speaks on the topic and works in basketball clinics across the state to further the mission.

“For those reasons, we looked and (felt) that she very much embodies what Derril brought to our organization and the game of basketball,” Kleemann said.

Rodgers was a multi-sport high school star at Libertyville High School before playing hoops at Duke University. She was a teacher and assistant basketball coach at Niles North before becoming New Trier girls head coach in 1997.

“It’s to payback those who did it before me,” she said. “I’ve had a lot of great role models and people who did great things to allow me the opportunities that I had. … They did things to get the equity that girls and women deserve in sport. So we just wanted to our part. It’s not just me alone. I’ve got some great colleagues that I work with.”

Rodgers’ work clearly honors the past, but it also enables the future.

“In a bigger place to me, having a daughter, I want all the girls I work with to know that their voice matters,” she said. “Whether it’s in their relationship or a job or whatever they are doing, that their voice is as important as anyone else’s. We’ve come a long way, but we’ve got a ways to go.”