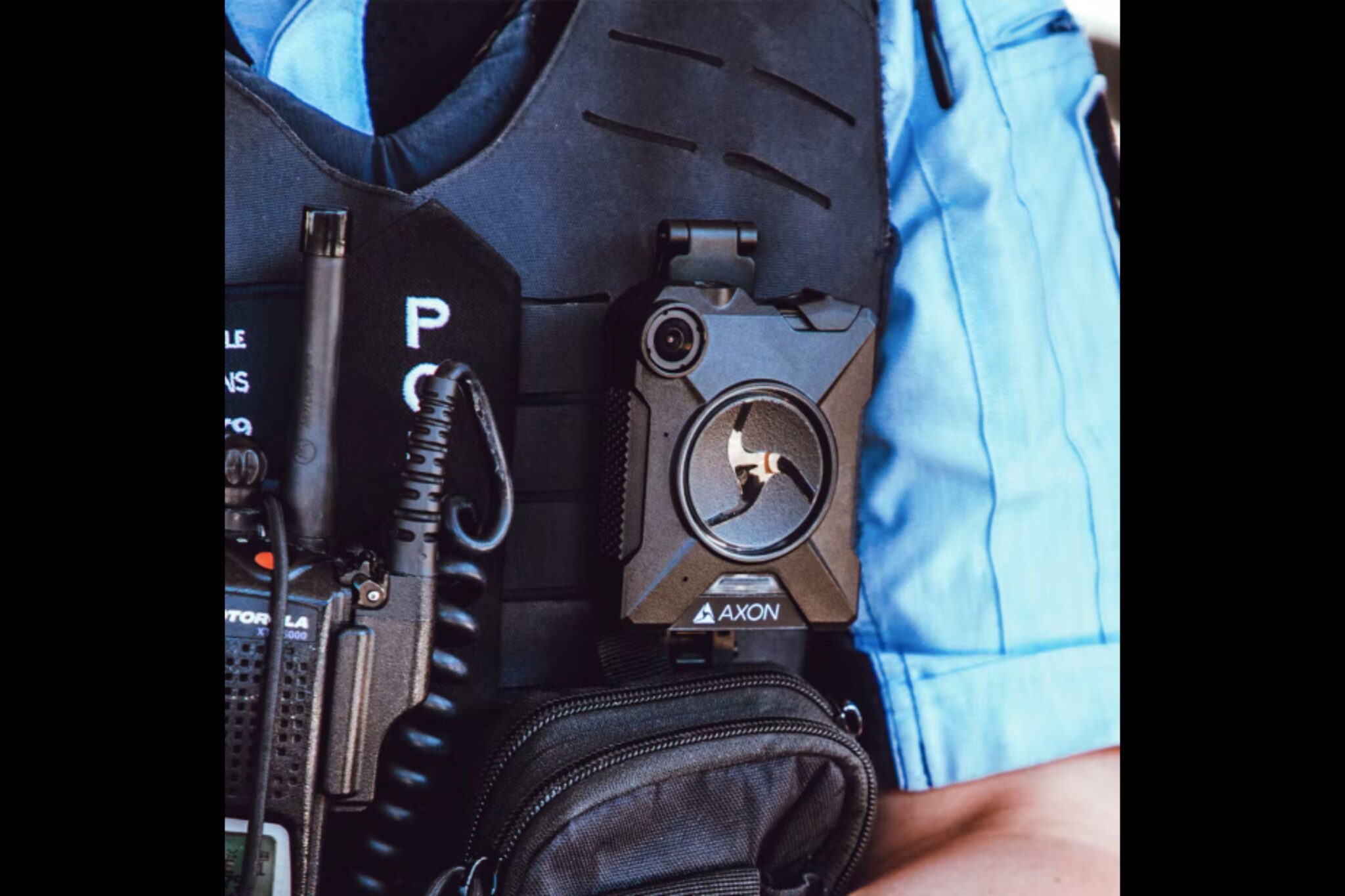 Transparency reportedly will be more in focus for the Wilmette Police Department in the new year.

The Wilmette Village Board approved on Tuesday, Dec. 13, a five-year contract with Axon Enterprise Inc. to provide the WPD officers with body-worn cameras.

In a memo to trustees, Police Chief Kyle Murphy and Commander Michael Robinson wrote that body cameras are an “important tool in modern policing to facilitate accountability and transparency.”

“This is accomplished by documenting interactions with the public and ensuring continued public trust between the residents and visitors of the community and the Wilmette Police,” they wrote.

According to the memo, Axon was chosen because of its reputation in the law-enforcement community. Locally, Axon provides body-worn cameras to departments in Skokie, Evanston and Morton Grove.

The Village originally planned to execute the body-camera program in early 2023, but sped things up to ensure acquisition of the equipment to meet state law and to avoid an anticipated price increase in 2023.

Body cameras are expected to be implemented with a pilot program in early 2023, with the full roll-out of the program by the middle of the year, the department memo states.

A state law passed in 2021 started a timer for all Illinois police departments to install body-worn cameras. Wilmette is among the group with the most leeway (under 50,000 residents) and has until Jan.1, 2025 to begin the program.

Additionally, the contract with Axon provides for the replacement of the police department’s 11 in-car cameras ($137,275) and its interview room camera ($19,150). According to the department’s memo, both were last upgraded in January 2018 with a service life of five years.

Those updated cameras are expected to be installed in mid-2023.

The contract also includes replacement costs for the body cameras after two and a half years, plus unlimited digital evidence storage and staff training.

Illinois law states that the cameras must be turned on when an officer is in uniform and responding or when an officer on duty is engaged in law-enforcement-related activities. Camera recording, however, must be activated by a police officer or set to turn on automatically. Highland Park purchased for its officers the “signal sidearm,” which automatically turns on a body cam’s recording feature when a firearm is pulled.

Community members can request an officer turn off a body camera, but that decision falls on the officer.

In addition to the body-camera measure, Wilmette police officers were a meeting topic for their efforts in two large-scale investigations over the past year.

Robinson and detective Claudia Olivo were both recognized for their role in takedown of a multimillion-dollar fencing operation — what police called a “sophisticated criminal enterprise.”

Ultimately, the multi-department investigation led to the discovery of a scheme where stolen items, such as over-the-counter medication, reportedly were sold to distributors and reintroduced to consumers nationwide.

On Oct. 6, 2022, Murphy said 15 search warrants executed in both Illinois and California led to the recovery of $7.5 million in stolen products and eight arrests.

“The leadership of Commander Michael Robinson and the tenacious investigative approach by detective Claudia Olivo and Kroger (organized retail crime) manager Patrick Walsh made this a successful investigation,” Murphy said. “Detective Olivo, Commander Robinson and Mr. Patrick Walsh are directly responsible for dismantling one of the largest OTC fencing operations in the country.”

The department also recognized officers Michael Demos and Russell Monk and telecommunicator Jesse McPhail for their role in apprehending three suspects in the armed robbery of a 63-year-old woman on Central Avenue last Aug. 16.

After the robbery, McPhail took an emergency call and provided information that led to the location of the suspects’ vehicle, and Demos and Monk tried to addressed and pursued the vehicle, which crashed in the parking lot at 1630 Sheridan Road. When the officers approached the vehicle, one of the suspects fired a gunshot through the windshield toward Demos. No officers were injured in the incident.

Murphy said the incident, in which three subjects were arrested, could very well have had a different conclusion.

“Had the vehicle not come to rest on its side, had the officers not had the ability to approach from or retreat to a position of elevation,” he said, “had the offender’s weapon not jammed after firing the first round at officers, the response could have been justifiably different.”

He praised Demos, Monk and McPhail for their “brave and exemplary work, which brings great credit to the Wilmette Police Department and the Village of Wilmette.”

Trustees also recognized the members of Wilmette’s Sesquicentennial Committee, which was formed two years ago to help plan the Village’s 150th anniversary celebration in 2022.

Throughout the year, multiple community events were held, including a block party in early September, a unity march on Memorial Day, and the rededication of a plaque recognizing Wilmette’s indigenous residents.

Committee co-chairperson John Jacoby thanked the Village Board and village staff for their support.

He added, “Working together, we can keep Wilmette an outstanding place to live.”