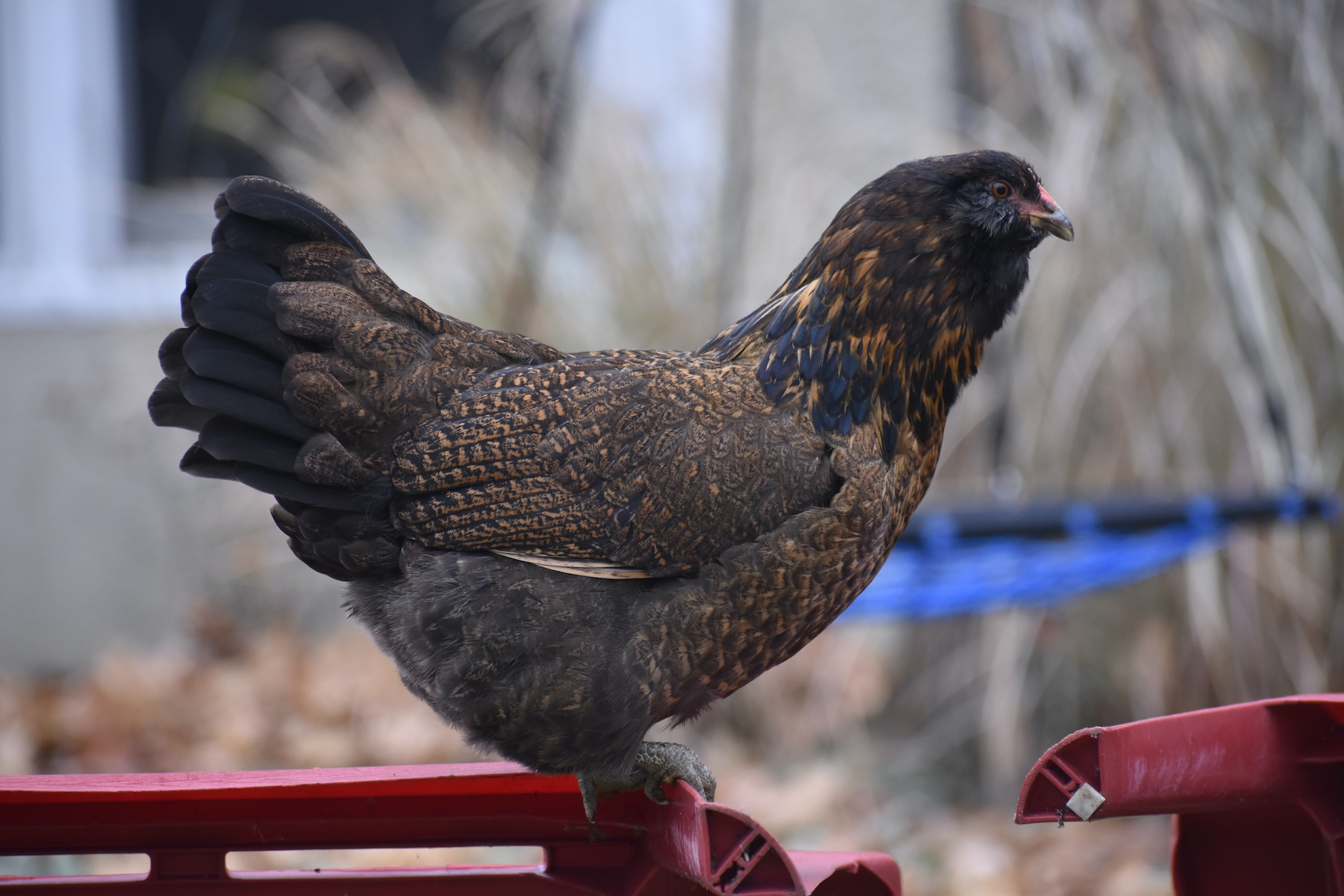 The feathered friends have settled into a custom-built, two-story coop that includes plenty of yard space and a personal cleaning service.

The four hens are the first chickens to reside in Glencoe under the town’s new ordinance passed in March and belong to the Martin family of Euclid Avenue.

Shana Martin said the family applied to keep chickens soon after the ordinance passed, acquired and raised four chicks, and built a conforming structure for them in the summer.

“I have no experience chicken keeping; it just sounded like a fun project,” she said. “I have always loved animals and they seemed relatively low maintenance, kind of. We have young daughters who we thought would love it — and they do.”

The Martins own one of two backyard chicken permits that have been pulled by the Village of Glencoe since the spring passing of the ordinance, which calls for a maximum of 10 annually reviewed permits. Under the ordinance, a permit allows for four chickens per property and no roosters. Conditions also exist related to the chickens’ living structures.

The second permit was given to a resident who has installed a coop but is waiting for spring to acquire chickens, according to Glencoe officials.

Glencoe officials and residents have discussed the allowance of backyard chickens on and off for a decade. The most recent iteration of the conversation began in September 2021 and carried into the following year.

Highland Park currently has 15 active permits for chicken-keeping, while Northbrook allows chickens but does not require permits, but residents must have at least 2 aces of land to keep chickens and livestock. Deerfield did not return a message from The Record.

Glencoe residents took up posts on both sides of the issue, with opposition worrying about sanitation and predatory animals, like coyotes. After reading about the debate in a village newsletter, Martin joined the supporters of a new ordinance.

“I did a lot of research and wanted to make sure there was a voice of support,” she said. “General common-sense rules negated any of the opposition in my opinion.”

The measure passed 5-1 in March with Trustee Gail Lissner in dissent, citing a worry about sanitation. Mawdsley said no complaints have been filed with the Village since the ordinance passed.

Martin has not heard any negative feedback either. The Martins built the coop near the rear of the family’s garage with plenty of yard space around it. She said she and husband Brad Martin wanted the animals as an educational experience and for the fresh eggs. Her daughters — Winnie, 6, and Talulah, 3 — enjoy spending time with the chickens, as do her dogs, Sadie and Peach.

Martin said even neighboring children come and play with the birds, which she thinks largely have gone unnoticed.

“We love it. People thought we were nuts and we would regret it. … We don’t,” she said. “It is just as fun as I thought it would be. It is work … but I think the juice is worth the squeeze. My daughters interact with them and have a better understanding of where their food comes from and learn about kindness toward animals.”