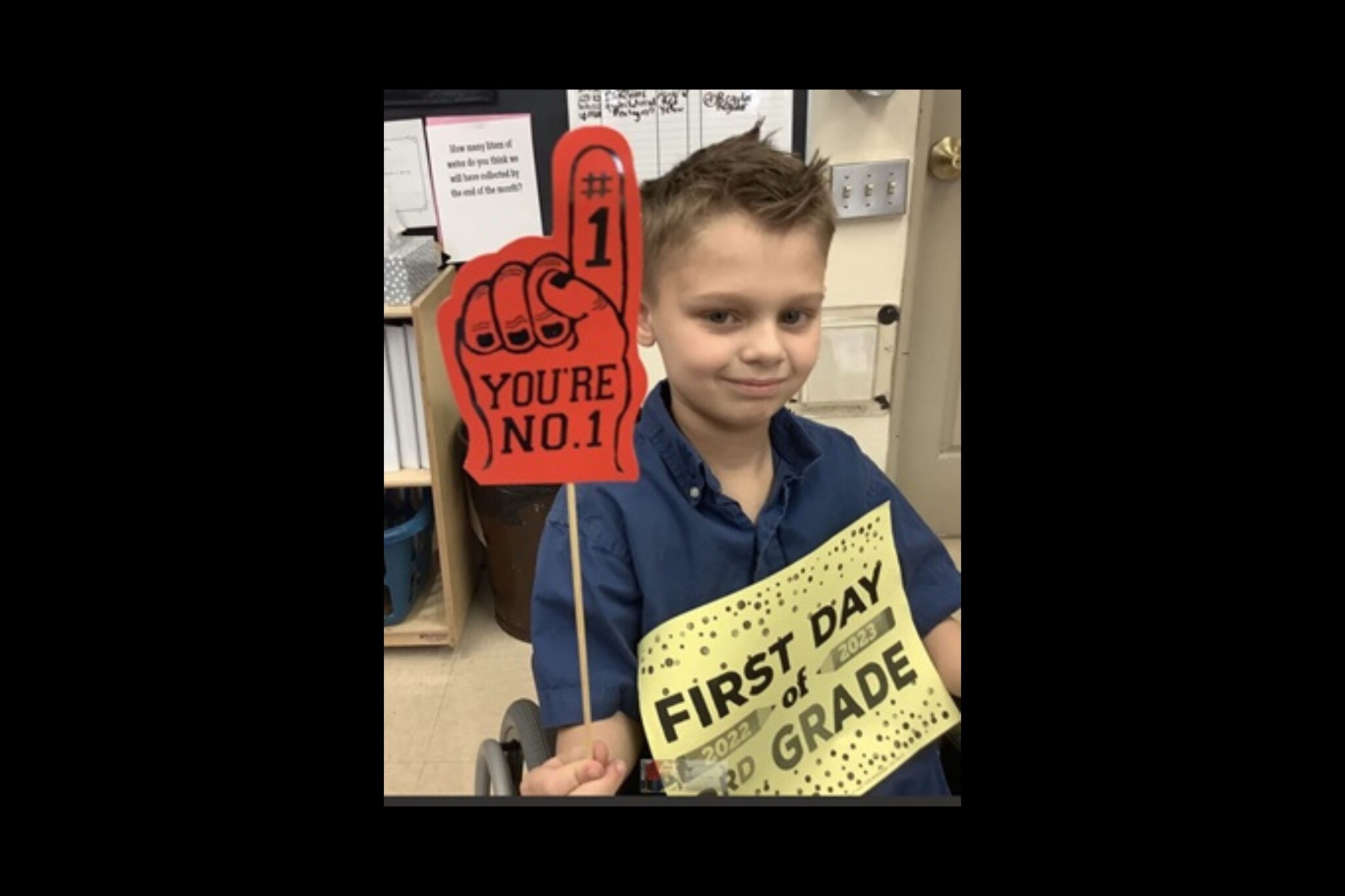 In August, just a month after a gunshot wound paralyzed him, Cooper Roberts used a potential return to school as motivation through his grueling rehab and treatment.

The 8-year-old Highland Park boy returned to class at Braeside Elementary School in Highland Park this week, according to a statement from his parents, Jason and Keely Roberts.

“The life-threatening nature of his injuries and the significant rehabilitation he has needed (and continues to need for hours every day) made it seem as though returning to school would be something we could only hope for way in the distant future,” the statement reads. “… His return to school this week is an incredible milestone for a little boy who almost three months to the day of his first day of third grade had been desperately fighting for his life.”

Cooper uses a wheelchair and remains amid a strenuous therapy routine. His parents said his needs require the return to school to be “slow and gradual.”

And while his parents reportedly cried in the parking lot, Cooper “loved every minute” of his first day back, they wrote.

“His exact word were, ‘If I had not been shot, paralyzed, and had to be in a wheelchair, it would have been a perfect school day, but it was a really great day! I loved it!'” the statement says. “We celebrated this milestone, and we celebrated Cooper for accomplishing something that he really wanted to accomplish. He has been so unbelievably brave and genuinely so overjoyed to return to school.”

Cooper, his twin brother, Luke, and their mother were among the dozens of people shot in the mass attack during the town’s Fourth of July parade in downtown Highland Park.

Luke, who was struck with shrapnel, and Keely, who was shot in the leg, were treated and sent home to recover. Cooper suffered a severed spinal cord, as well as injuries to his liver and esophagus, and is paralyzed from the waist down. He endured numerous procedures and months of physical and emotional treatment during a monthlong hospital stay and then weeks of residence at the Shirley Ryan AbilityLab.

A GoFundMe digital fundraiser has collected more than $2 million through more than 30,000 donations to support Cooper and his family’s at-home recovery.

An in-person fundraiser is scheduled for 1-6 p.m. on Sunday, Oct. 16, at Whiskey River Bar and Grill, 1850 Waukegan Road in Glenview. The family-friendly event will include a magic show, DJ, face painters, raffles and more. Tickets for those 10 and above (9 and younger are free) include food and can be purchased online for $20. A percentage of alcohol sales will also benefit the Roberts family.