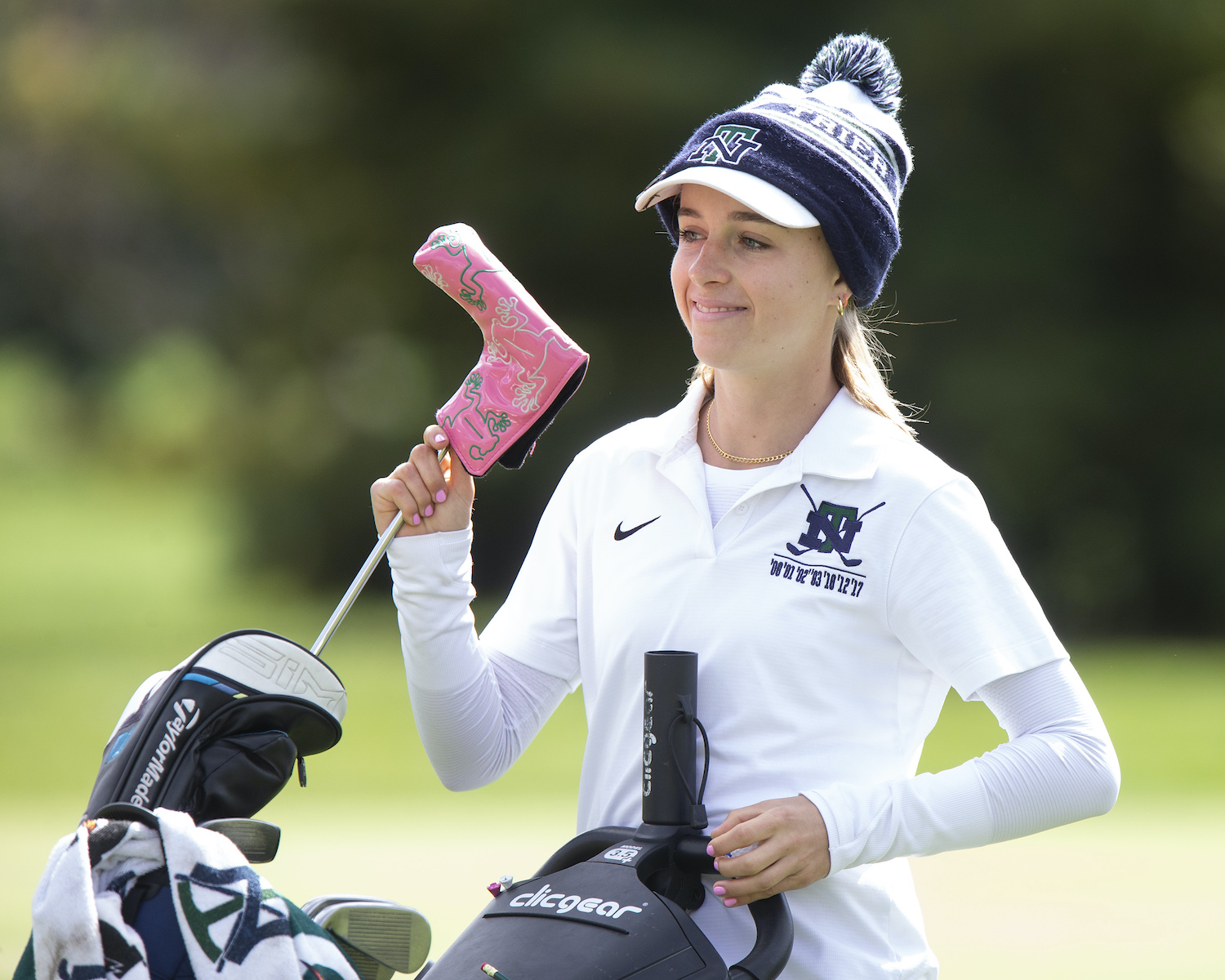 A regular on the state course, New Trier girls golf again proved their mettle on the big stage Saturday, Oct. 8.

The Trevians finished sixth as a team, marking their 23rd consecutive top-10 result at the state championships. New Trier totaled 633 strokes, or 57 over par, through the two days at Hickory Point Golf Course in Decatur.

A young New Trier unit was carried by senior Amy Beanblossom, who wrapped up her high school tenure with a fifth-place individual finish by carding a one-over-par 145 (73, 72). The Trevians team score was rounded out by a freshman and two sophomores: Grace Leber (T-52nd, +16), Kendall Humphries-Solis (T-67th, +21) and Alexa Green (T-67th, +21). Freshman Sophie Patel (80th) and sophomore Evelyn Cox (83rd) also competed for New Trier on the tournament’s final day.

The Trevians advanced to the state finals with a second-place finish at the Glenbrook North Sectional. Sectional champ Glenbrook North also advanced, along with third-place finisher Loyola Academy. The Spartans finished third on the weekend, while the Ramblers took ninth, missing the cut to play on Day 2 by one stroke.

Senior Robbie Black led the way for the Raider at +10 good enough for a seventh-place tie. Fellow senior Hugo Hourihane finished tied for 16th with a 157, or +13, while sophomore Jonathan Wiggins (T-41st, 163) and sophomore Nolan Darnieder (T-52, 167) factored into the Raiders score. Freshman Tucker Sichol also shot a two-day 167.

Raiders coach Cy Oelerich said his returning golfers were focused on getting back to the finals and prepared the rest of the Raiders for a high-level performance, even through an end-of-season rough patch.

“They understood the importance of getting the younger players ready for the two-day grind of a state finals championship,” Oelerich said via email. “I was extremely proud of how all six of the NSCD golfers battled and made every shot count over the two days. A few weeks ago, I was not sure the team could make it back to the state finals based on how we were playing, but we used the rally cry of ‘smart golf’ and ended the season with two of the best team scores we have had all season.

“I am excited to have four returning players for next year and some more players in the wings ready to continue the school’s tradition of playing in the state finals every year.”