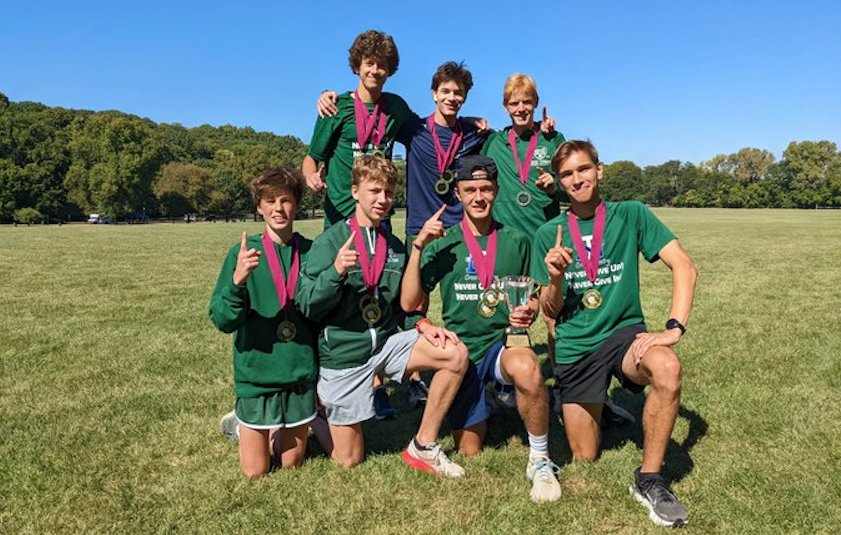 The Trevians picked up the league crossover victory on Monday, Oct. 3, in Des Plaines.

Highland Park is No. 15 in the Buffalo Grove Sectional and opens regional play on Tuesday, Oct. 18, against No. 2 Warren in Round Lake.

The Raiders shutout their conference rivals on Monday, Oct. 3, in Winnetka.

Delaney Kevin had two aces to go with her four kills to guide the Panthers to victory on Tuesday, Oct. 4, in Wilmette.

Tierney Lenahan won the 100-yard freestyle and 100 backstroke to lead New Trier to the championship of the nine-team meet on Saturday, Oct. 1.

Maine West Swim For a Cure

Marisa Miller won the 200 individual medley for Highland Park, which also got a victory in the 200 free relay.

Owen Keyt placed third and Aramis Thai-Garcia 13th out of more than 100 runners, leading North Shore Country Day to seventh as a team on Thursday, Oct. 6, in Chicago.

Oscar Dueno-Alda took third with a time of 14 minutes, 45.6 seconds to pace New Trier to first overall in the 36-team field on Saturday, Oct. 1, at Detweiler Park in Peoria.

Maeve Norman, Ellie Grammas and Ana Kimball all took second in their respective flights to lead Loyola Academy to third in the team scoring on Saturday, Oct. 1, in Wheaton. Jane Lynch was fourth in the top flight for the Ramblers.

Josie Cahill placed sixth in the championship flight, while Mia Burton was seventh in her flight to pace the Trevians’ 10th-place finish.

Mimi Waddel, Kat Schuenzel and Millie Kadjan led the Panthers to a singles sweep on Monday, Oct. 3, in Wilmette.

The Trevians continued their winning ways with a shutout of the Titans on Monday, Oct. 1, in Northfield.