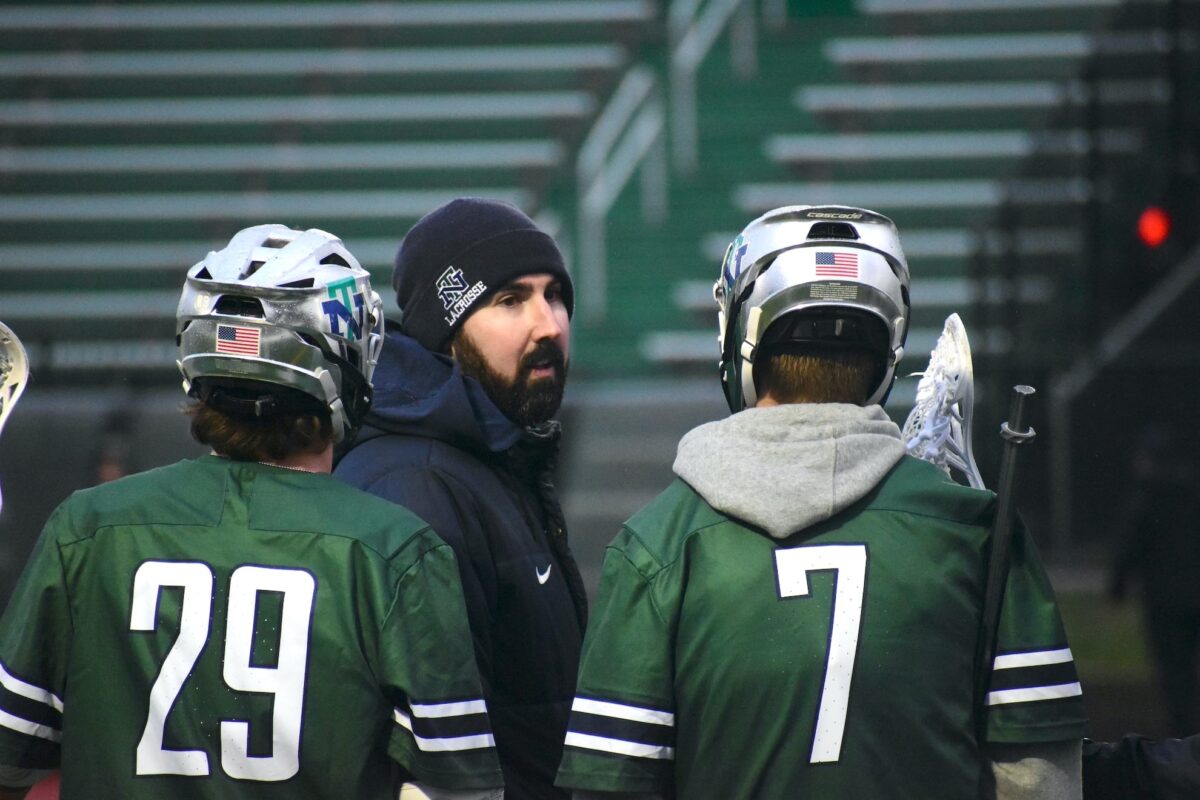 Adam Dickson, then an assistant coach, talks to a couple New Trier players before a lacrosse game in 2022. | The Record File Photo

New Trier boys lacrosse is ready to move forward and has chosen a new leader to guide the way.

Adam Dickson will elevate from the Trevians defensive coordinator to its head coach, the high school announced in a press release Wednesday, Aug. 31.

“I’m excited for him,” Athletic Director Augie Fontanetta told The Record. “He’s a very student-centered coach. I am really looking forward to him being the head coach and building on the prior success of the program.”

Dickson replaces Tom Herrala, who coached with the program for 25 years, the most recent 13 as its head coach. Herrala was not asked to return to the program following a season marred by a March hazing incident in which at least one lacrosse player was beaten by his teammates. A video recording of the incident circulated through local and lacrosse communities, and Herrala was placed on administrative leave for the season.

The program’s assistant varsity coaches — Dickson, Jason Schoenwetter and Paul Newman — coached the Trevians to the semifinals of the state tournament, where they lost to rival Loyola Academy.

Among the discipline levied on the program by the school, the lacrosse team was placed on probation for the 2022 and 2023 season. Fontanetta declined specifically to talk about how that will affect Dickson’s first season as head coach.

“Every coach has their own vision and their own philosophy,” Fontanetta said. “We want Adam to get an opportunity to implement that.

“Right now, we want to focus on Adam’s hiring and him making connections with the families and kids. Then, we’ll revisit those discussions. We’re just looking for him to get his feet on the ground and get his program up and running.”

Dickson joined New Trier lacrosse in 2017 after coaching club team True Lacrosse at the state and national levels. He also coached in Ontario, Canada, where he played high school lacrosse. Dickson competed in college lacrosse with Salisbury University (Maryland) and the University of Tampa (Florida).

He now takes over a team that has won 13 state championships since 1995, including one in 2019, and has sent about 40 players to play collegiately in the past 20 years.

“I am honored to be named head coach of the New Trier (boys) lacrosse program,” Dickson wrote on Twitter. “This program is fueled by the passion and dedication of our players, parents, and staff.

“I am grateful for Coach Herrala and the alumni that have built a foundation of success at New Trier.”