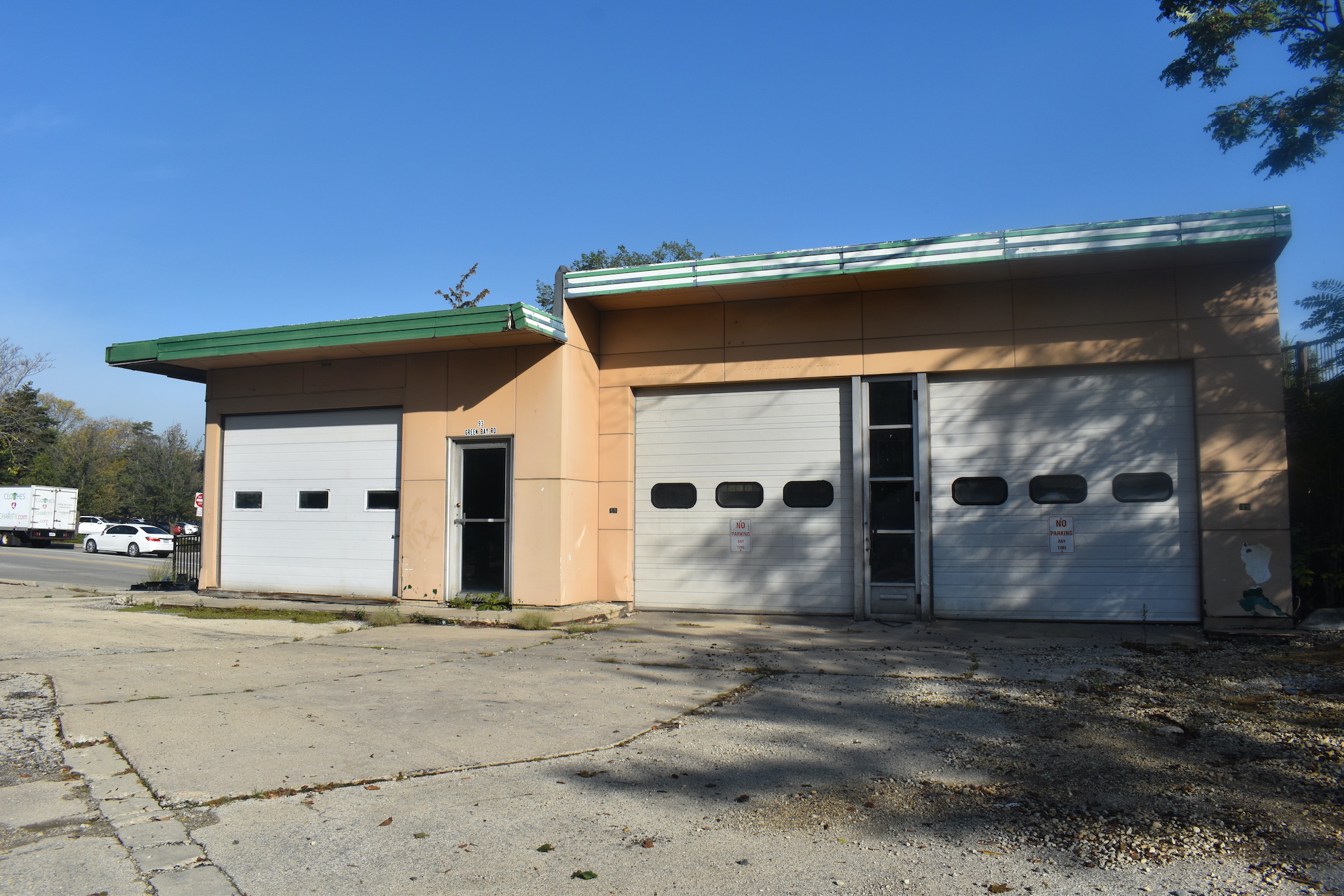 The village-owned lot at 93 Green Bay Road in Winnetka, for which three finalists are being considered for redevelopment. | Joe Coughlin/The Record North Shore

All three are hoping to develop the longtime vacant lot at 93 Green Bay Road, which was purchased by the Village in 2001, was used for many years as parking and storage space for nearby auto dealerships, and includes a nearly 1,370-square-foot building.

Winnetka officials have identified the property as a potential “gateway” location.

Representatives from the three eateries — Tala Coffee Roasters, Firecakes Craft Donuts, and Left Coast Food + Juice — discussed with trustees their plans as well as any potential redevelopment of the property.

Tala Coffee Roasters has been in Highwood since August 2018 and wants to use the property at 93 Green Bay Road to establish a second location.

Joanna Tong, Tala’s director of marketing and operations, told the council the business wants to restore the building so that it resembles a 1970s gas station, referring to the plans as having a “retro aesthetic.”

“We want to keep that footprint, keep that existing structure, but just reuse and restore as much as we can to, of course reduce environmental impact,” she said, “as well as just to maintain the historical auto-oriented charm that exists in the Indian Hill District. We think that is a huge draw to this area.”

Tong added that Tala would like to create an outdoor seating area to complement an indoor seating for up to 50-60 guests.

One of the reasons Tala is looking at Winnetka, Tong said, is that they have customers from New Trier Township come to their cafe in Highwood on a regular basis.

“In every way, we really are confident that Winnetka is the perfect fit for us,” she said. “We have a repeatable business model. We know that we will work here.”

Firecakes Craft Donuts was established in 2013 in Chicago’s River North area, and now has locations in Lincoln Park, Oak Park and Naperville.

President and Proprietor Jonathan Fox, who lives in Winnetka, said he would like to expand his operation to include the North Shore.

He said that while the business name may imply Firecakes only sells doughnuts, it also sells ice cream and coffee and occasionally offers a limited savory menu. Fox also said that his intention is to be open all day, not just during breakfast hours, as data from his other locations has shows that consumers buy doughnuts all day long.

Additionally, Fox said Firecakes has a focus on pickup and delivery, and their “intention, if allowed, is to have a walk-up window as another option where preorders and deliveries could be picked up to address the potential congestion and backflow from the “significant peaks” of business hours.

“We have every confidence in the world that we’re going to be able to deliver the value and the quality proposition that I know the local residents want and deserve,” Fox said. “We’re super excited about that.”

Left Coast Food + Juice has two locations, one each in Lincoln Park and The Loop, and was established in 2016.

President and CEO Michael Madden, a New Trier alumnus who lives in Wilmette, started Left Coast after returning to the North Shore from California and wanted to create a healthy food option that was also appetizing.

“When you do it right, healthy can be both delicious and convenient,” he said, adding that Left Coast is a “full-service” restaurant serving breakfast, lunch and dinner.

A big challenge in redeveloping the property, Madden added, is that it’s such a small square footage, but he said he believes he’s up for the challenge and can make it work for his business. Madden also said he believes Left Coast fills a void on the North Shore.

“This has always been my home. It always will be,” he said. “I think I have a good sense of what’s missing.”

All three eateries said they aim to cater to New Trier students, as well as the greater community at large. They also have timelines in place so that if they are approved, they can begin work immediately. All three anticipate opening sometime in the spring or summer of 2022.

Village President Chris Rintz said the council will begin deliberating soon on which of the three will move forward in the next few weeks. He said he hopes a final decision will be made before the end of the year.

Rintz added that he was impressed with all three presentations and said all of them would be welcome additions to Winnetka, saying: “I want all three of you in town.”