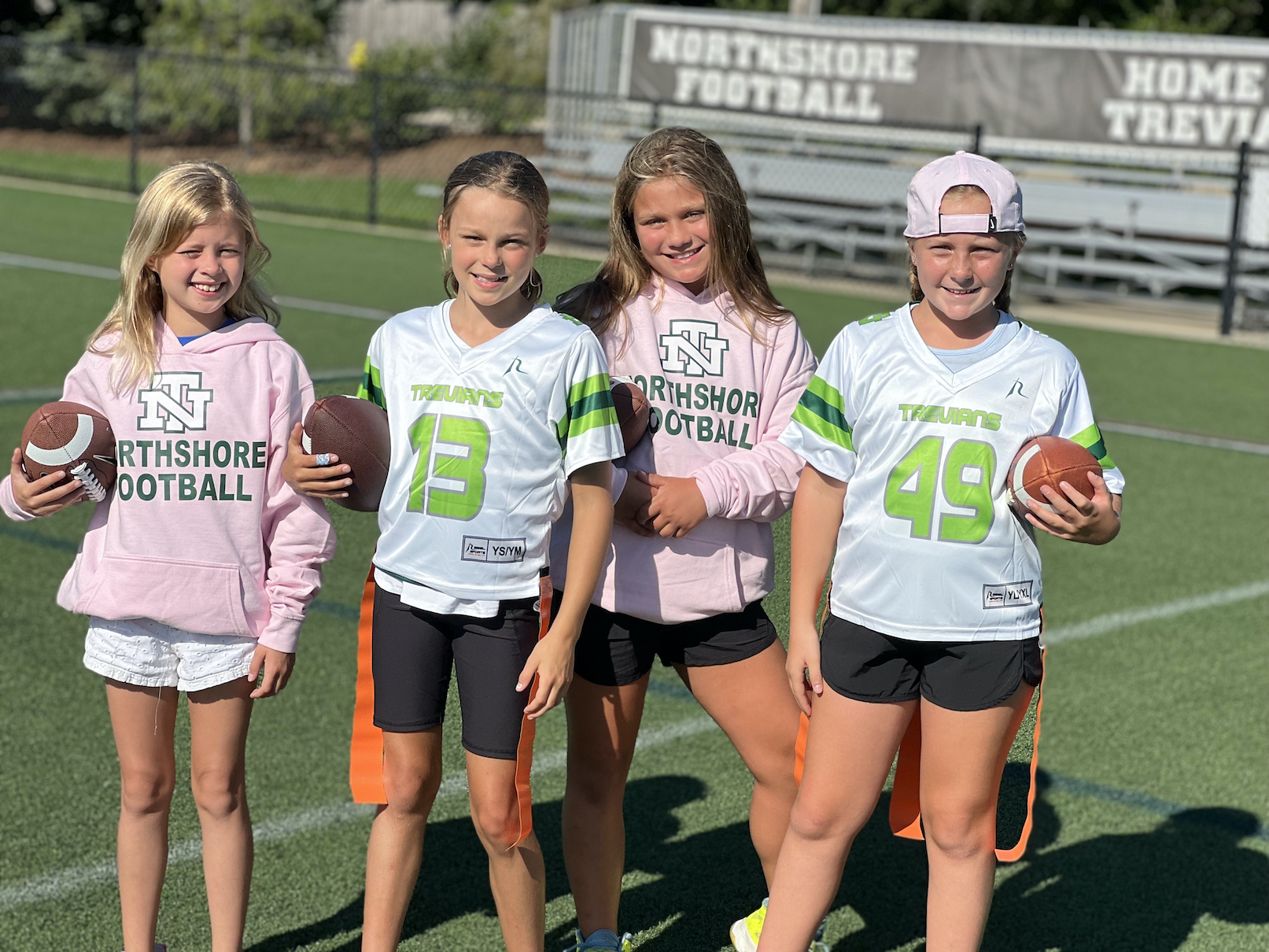 A new television series, “A League of Their Own,” that drops Aug. 12 will provide people across the nation with the inspiration to forge their own path and take risks in order to be true to themselves.

Here in the New Trier area, a group of girls are already ahead of the game, but there is plenty of room for more.

Eighty girls are signed up for the inaugural girls flag football offering from North Shore Trevians Youth Football, and co-founder Melissa Mastros said she is searching for more.

“People really want it to go,” she said. “That’s why we started this, because people were asking for it. A lot of these girls are hoping this takes off.”

The Trevians are working on a girls flag league with youth football programs in Northbrook, Glenview and Evanston. Mastros said with the 80 early sign-ups, the Trevians can field eight teams so far. More sign-ups will help enable six-team age divisions for the league.

Mastros said that registration is open for third- to eighth-graders until the end of August.

Participation in the North Shore Trevians has boomed in the past few years with record-breaking numbers for both its flag and tackle options.

The Trevians, run by Mastros and Chris Prawdzik, is a consolidation of the Junior Trevians and the North Shore Griffins, both of which formed when the Wilmette Eagles and Winnetka Waves dissolved. The team’s flag offering had 75 participants its first year. It now has close to 1,000.

Prior to this year, Mastros said about 10 to 15 girls played alongside the boys. Charlotte Day, a fourth-grader, was one of them. Now, she is in a founding player in the girls flag program.

She said other people are surprised when she tells them she plays football, but she loves it. Her cousin taught her to throw, but Charlotte is a big fan of “catching it and running.”

And she’s not alone. In 2020, the NFL and Nike made a multimillion-dollar investment in the promotion of girls flag football, and just last year, the Chicago Bears partnered with Chicago Public Schools for a girls flag league that had 22 teams. Eleven states offer girls flag football as a high school club or varsity sport.

Mastros said the new North Shore league will kick off in mid-September, giving the Trevians and their neighboring communities more time to add players. Home games will be played at Skokie Playfields and New Trier High School. A player’s uniform kit comes with a reversible hoodie and flags.

Click here to register for the inaugural year of girls flag football from the North Shore Trevians. For more information, contact Melissa Mastros at melissa_mastros@yahoo.com.