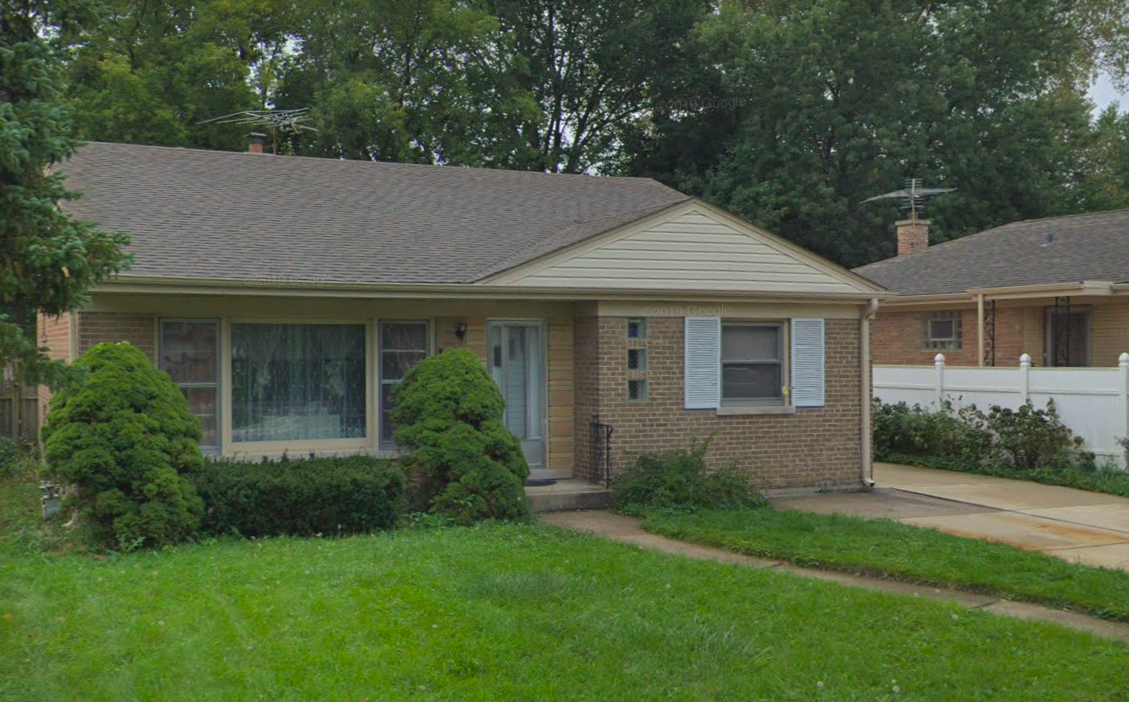 One of the homes purchased to become an affordable option in Wilmette.

Plans to add affordable housing options in Wilmette are progressing with the purchase of five properties throughout the village.

The Village Board received an update on the progress from Community Partners for Affordable Housing, the nonprofit tasked with finding and securing those options, at its regular meeting on Tuesday, Aug. 9.

Affordable housing plans began to take shape in October 2021 after Green Bay Wilmette, an offshoot of Optima Inc., provided $1.6 million to the village to enable affordable housing in Wilmette. That transaction was one of a number of stipulations that village officials included in the conditional approval of a seven-story, mixed-use building at 1210 Central Ave., which will feature 100 residential units.

While financing for the five properties is still being secured, Anthony said the nonprofit wanted to get a head start and have properties lined up for when the funds are received.

“We didn’t want to just wait around for all the financing to be put into place,” he said. “So, we started buying properties through our nonprofit construction arm.”

Anthony also provided positive news regarding the project’s funding. The Morgante Wilson Foundation, which supports affordable housing efforts, has donated $100,000 so far — Anthony said the foundation will continue to provide donations — and the Illinois Housing Development Authority has approved $850,000 in tax credits for the project. An additional $315,000 in grant funds may be approved by Cook County.

“From a financial perspective, things are moving along very nicely,” Anthony said.

He added that the goal of the project is to obtain 15 properties to be offered as affordable housing, which is one more than initially projected.

The remaining 10 properties will be purchased over the next two years.

Anthony said the properties are not ready to hit the market just yet, as officials want to ensure financing is in hand. When it is, he said Community Partners for Affordable Housing will work with the village to make sure people are aware of the affordable housing options.

When they are available, Anthony said they will be offered on a first-come, first-serve basis so that everyone who qualifies has a “fair shot.” To qualify, applicants must earn less than 80 percent of the median income (or about $80,000 annually), while the remaining five homes will be for those earning less than 120 percent of median income.

The rental units will be available for people earning less than 60 percent of median income.

Trustee Justin Sheperd said that he was happy that Community Partners for Affordable Housing will be able to provide one more unit than they anticipated.

“I was concerned (that) with price inflation, rates, all those things, it may be difficult,” Sheperd said. “But … that’s great to hear.”

Trustee Kate Gjaja said she’s “thrilled with the progress” and asked Anthony how Community Partners for Affordable Housing will let people outside of Wilmette know that these units are available.

Anthony said he has been in discussions with the village’s housing commission on how to increase Wilmette’s diversity, and that they will be doing outreach in communities of colors, including working with churches and attending community events.

“Overall, the population that CPAH serves is a very diverse population,” Anthony said. “We’ll market both inside and outside of Wilmette.”