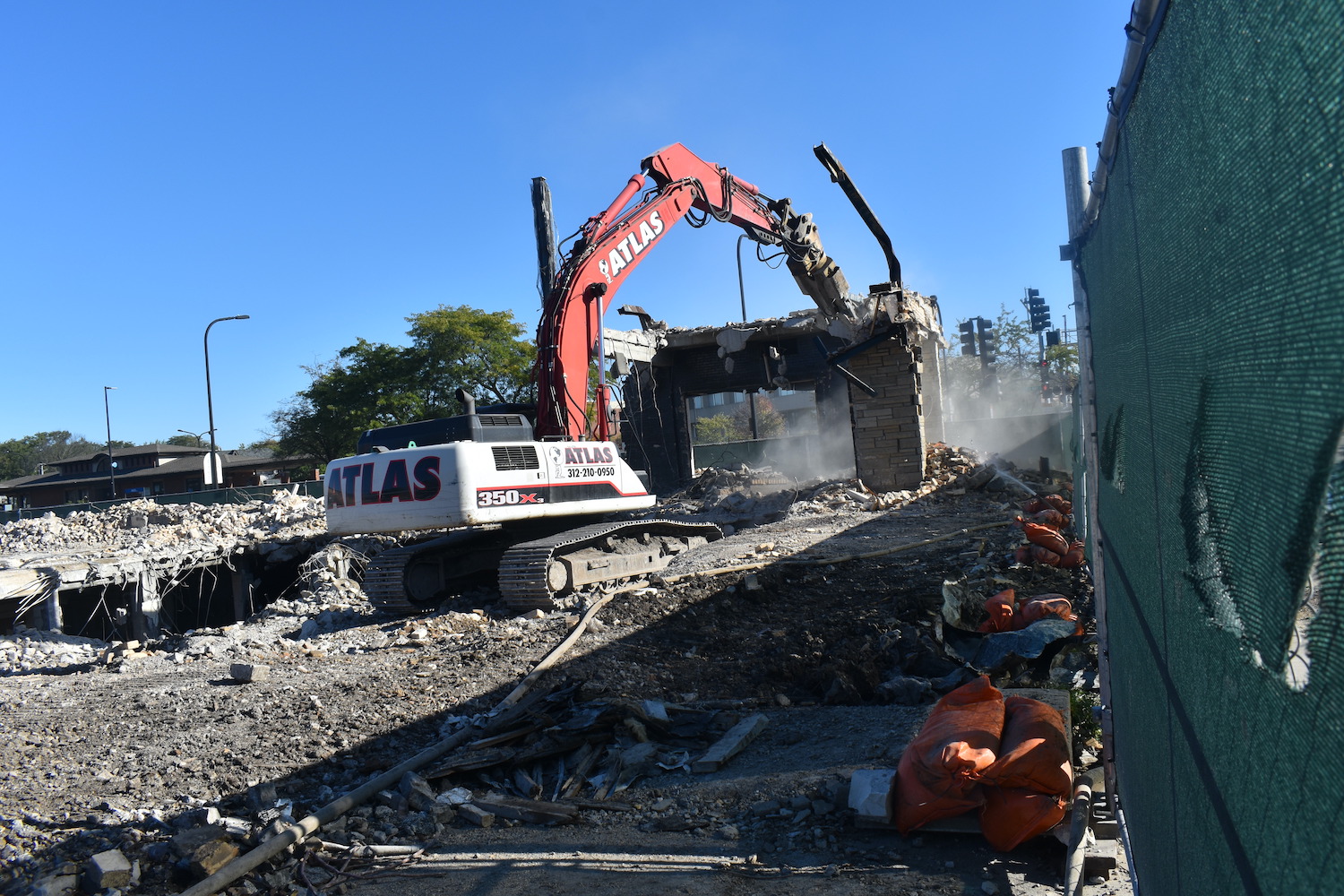 Construction of a groundbreaking development in downtown Wilmette is underway.

The former International Bank structure at 1210 Central Ave. is being razed to make way for a seven-story, mixed-use building that will feature 100 residential rental units.

Wilmette Village Manager Mike Braiman said demolition should be complete before the month (October) is out. Up next for developer Green Bay Wilmette, an offshoot of Optima Inc., is the village’s permitting process for construction of the building itself. Braiman said that should be approved in the spring of 2022, with construction continuing for most of the year and completion in the spring of 2023.

A significant part of the project, however, is already complete.

Braiman said the developer has made its payment of $1.6 million to the Village to support affordable housing in Wilmette. The transaction was one of a number of stipulations Village officials included in the project’s conditional approval.

Braiman said the Village will via a grant transfer the funds to Community Partners for Affordable Housing, which will turn the money into 14 affordable-housing units in town.

Optima also agreed to contribute $120,000 for nearby streetscape improvements; maintain a public plaza at the site of the new development; and provide 28 public parking spaces, including two with electric-car charging stations.

Optima has developed three other properties in Wilmette, including the four-story Optima Center, 705 11th St., which contains 54 residential units in downtown Wilmette. The new proposal, however, began dubiously, receiving a negative recommendation from the Wilmette Plan Commission in February 2020.

Neighboring residents also shared concerns about the development, as it approaches a residential area to the west.

After a number of village-guided revisions, the plans received Village Board approval in March 2020, allowing the board to work on several new ordinances that included public benefits, such as the parking and affordable-housing funding.

In a previous interview with The Record, Community Development Director John Adler said the development aligned with the Village’s goals to increase density in its downtown.

“One of the underlying goals of (the village’s comprehensive master plan) was to increase the number of people who live in and are able to enjoy our services and the transportation the Village Center provides, and this is definitely doing that,” Adler said.

The building will cover 5,900 square feet and feature commercial space and fewer than 10 residential units on the ground floor. The rest of the units will be spread through floors 2 through 6. A rooftop deck is planned for the seventh floor.

Developers have committed to including a number of “green” amenities, enough to achieve a Two Green Globes certification, according to village documents.