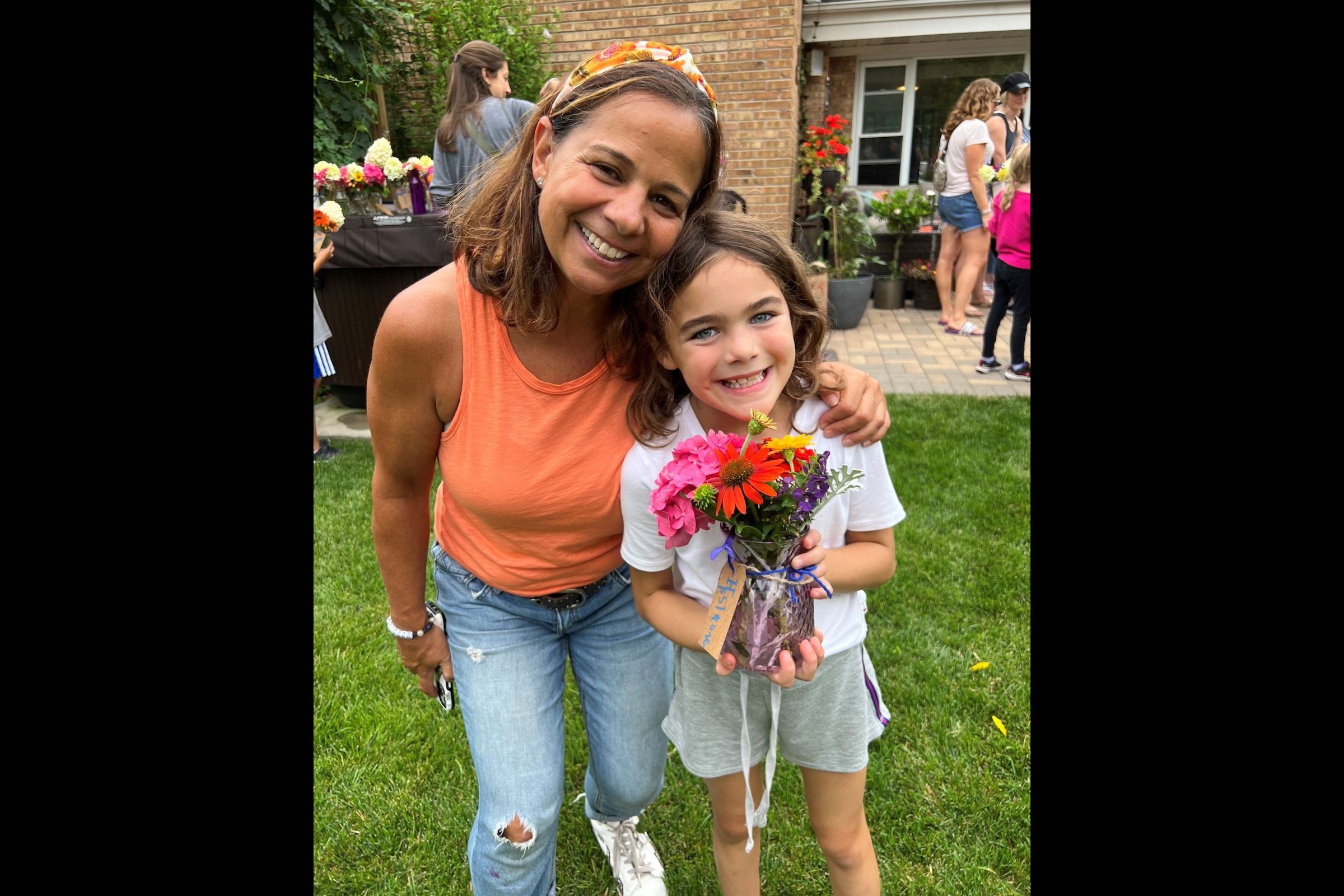 On the Fourth of July, while hiding inside a Walker Bros. Original Pancake House from a gunman, Kim Goldsmith asked multiple people if she had been shot.

Fear and adrenaline overwhelming her, she could not tell.

In the days following the mass shooting in Highland Park, Goldsmith’s body would shake without warning. A cryer, she did not cry for days. She also grappled with guilt as a survivor who did not have physical injuries from the attack.

Goldsmith is one of thousands of people searching for a path forward after the tragedy on July 4. She is also one of hundreds who has been uplifted by a Wilmette gardener’s simple gesture.

“These flowers, this random act of kindness from a woman I don’t know, I feel really supported and part of a community,” said Goldsmith, who came home one day to a fresh bouquet and vase on her doorstep. ” … I was surprised and really warmed.”

Amy March, a Highland Park elementary teacher for 32 years, was looking for any way to help survivors of the shooting. And she found it in her own backyard.

An experienced green thumb, March looked over her flourishing and colorful floral landscape and offered via social media to deliver fresh summer bouquets, at no charge, to anyone who could use one. The response was immediate and broad.

For the past three weeks, March has delivered flower-filled vases — completed with “HP Strong” tags — to hundreds of area homes, from Highland Park and Highwood to Northbrook and Lake Forest.

“It’s very fulfilling, very emotional,” said March, a Wilmette resident. “I feel it in my heart. It makes me very happy.”

March quickly found out that her drop-offs included more than the bouquets. She said many of the recipients, such as Goldsmith, wanted to share their stories. March became a significant part of their journeys forward.

Hearing their stories and seeing their gratitude, March knew her project was bigger than its original intention, and she pledged to keep it going.

“As long as it makes people smile and makes them happy and has a little bit of joy, I’m happy to provide them,” she said. ” … If flowers can bring that, how easy is that. It’s not a fix, but it makes you smile.”

To meet the need, however, March needed some help.

Her backyard delivered the inventory and friends and family donated vases, but clipping and arranging the flowers took time. A fortuitous encounter helped solve that.

March ran into Keren Novak, a parent of one of her former kindergartners, outside of Highland Park High School. As the two talked, Novak shared her story about that day at the parade — how with her children, she sprinted from Port Clinton to her car nearby and her husband, an emergency-room doctor, immediately reported to the hospital.

In the aftermath of the tragedy, Novak felt helpless. She went to Highland Park High School that day to hopefully run into neighbors, maybe talk, maybe find something positive to occupy her thoughts.

March asked Novak and her children to come to her home and help create bouquets for the community.

“A couple days later, I thought you know what, this is the moment; people want to help, and in that moment I needed some help,” Novak said. “Being around people is what helped me and I only assumed that would be the same for my kids.”

She went to Novak’s garden with her three children — two of whom, Henry and Paige, were part of March’s final Highland Park kindergarten class, coincidentally dubbed by March the “kindergardeners.”

After the experience with March, Novak sent an email to the rest of the “kindergardeners” parents — most of whom were at the parade — with an invitation from March to visit the backyard garden and help create more bouquets the very next day.

“All but two families responded they were going to be coming,” Novak said. “All of the moms wanted to be there as well. It was such a special afternoon — 19 moms and 19 kids gathering. … It was this amazing event where everyone came together and was moving forward together.”

March even bought extra flowering plants from Chalet Nursery in Wilmette to make sure every child could contribute.

While she was at the store, March imitated a discussion with store management that eventually led to a partnership to display the bouquets. After the day with the children, March brought their work to Chalet, where they were on sold with all proceeds benefitting the July 4th Highland Park Shooting Response Fund from the Highland Park Community Foundation.

Fourteen of the 18 bouquets sold the first day, March said. Since, she has continued to keep Chalet stocked and the HP Strong bouquets are still available near the front of the house at Chalet.

March’s project continues to grow and touch the lives of those impacted by the Fourth of July shooting.

After Goldsmith received the surprise delivery, she had to track down its creator. She has even suggested to March others who may benefit from the bouquets.

“I think she’s one part of a whole community of people who are just giving and giving and giving,” Goldsmith said. “I feel really supported and that kindness is important. I haven’t stopped thinking about it. I was totally touched. It really gave me a boost.”

Novak said March is one of numerous community members finding creative ways to offer support to a community in grief.

With flowers or pins or yard signs or bracelets, local do-gooders are making an impact.

“We knew well before July 4 we lived in the most amazing community. It didn’t take July 4 for us to recognize that but it became all the more important,” Novak said. “And you appreciate it one more level more, even though very much appreciated it prior to that.”

By Staff | 9 hours ago
Glencoe, News 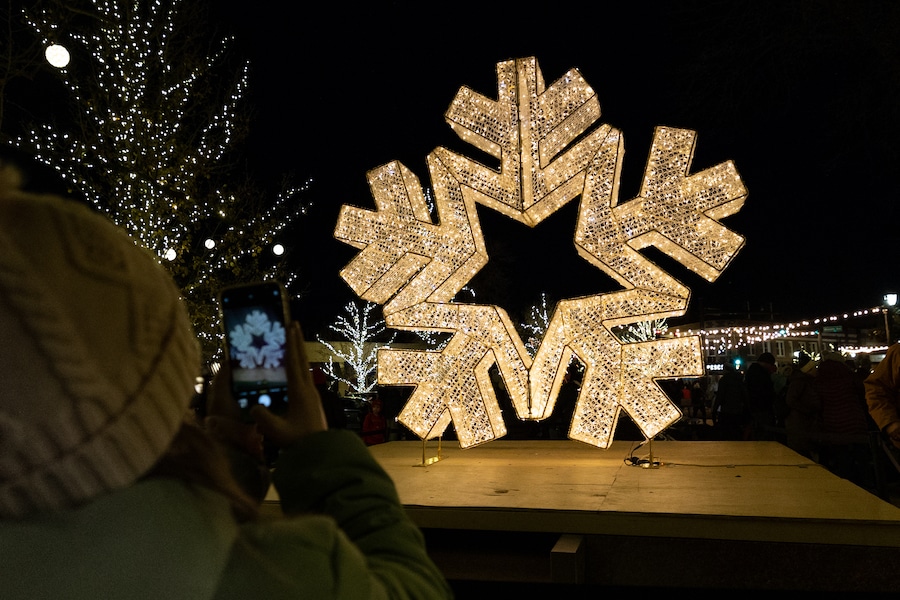