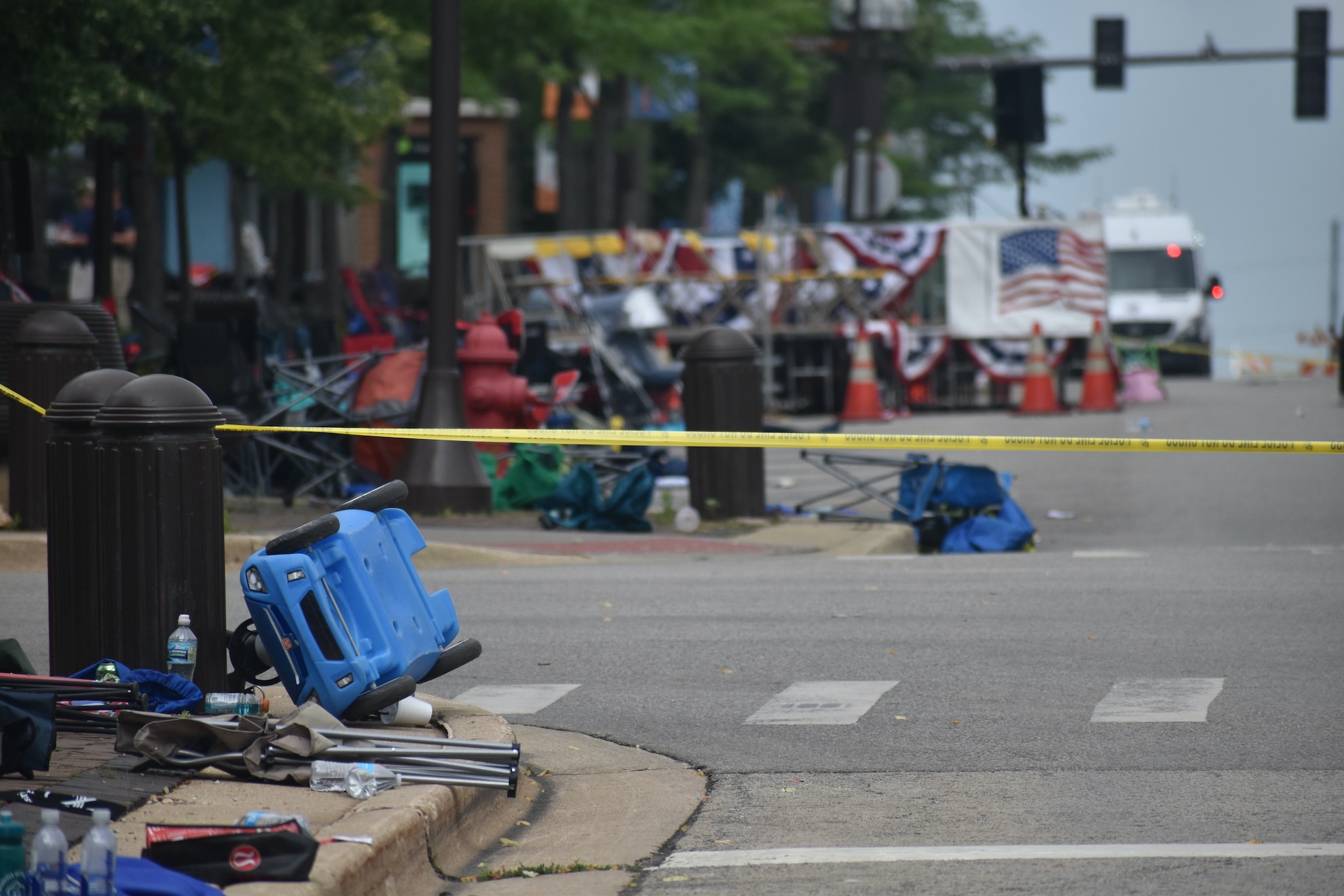 Yellow police tape restricts access to two blocks of Central Avenue, as well as adjacent parking lots and back alleys, as investigation continues at the scene of a mass shooting that killed at least six and wounded about three dozen others during a Fourth of July parade Monday morning.

Media cameras, playback screens, lighting stands, tents and more crowd each corner just outside the police’s perimeter. On-air personalities from news outlets across the country record their spots with a background of abandoned camping chairs, blankets and wagons lining the parade route.

Law enforcement manage the site, standing guard at nearly every possible entry point to the investigation site. Assisting are police from numerous surrounding communities, from Glencoe to Vernon Hills, as well as state and county officers.

Residents walk by. Some walk slowly and pause to take a photo or two. Others stop and linger, pacing near the police tape. Greg Gilberg and Jeff Gershman, both of Highland Park, sit stationary atop their bikes near the railroad tracks east of 1st Street.

Neither attended the parade Monday morning. Gershman received a text Monday morning that there was a shooting. He didn’t believe it. Then, he received more messages.

“It wasn’t even a possibility that that would have went down. It was zero percent,” Gershman said, adding, “You need to see it with your own eyes to believe that it’s in your backyard. It doesn’t happen. It doesn’t but it does.”

The chaotic and “surreal” experience is sticking with Gershman, who was looking down Central Avenue and talking through it all with Gilberg.

Inside Perfect Blend, a local coffee shop, residents filter in and out. Nearly all of them — sometimes as a small group — taking time to chat with the store’s owner about their experiences Monday morning.

The owner says many fleeing paradegoers entered the business to take a breath and seek shelter. People were hiding in the store’s kitchen and bathroom.

On Tuesday, Pastor Jake Cho has a table with a sign that reads: “This pastor would like to bless those seeking support.”

Cho moved to Highland Park with his wife and 7-month-old daughter two weeks ago to serve at Galilee United Methodist Church. He said a coffee shop is a community hub where residents gather and he could maybe be of service. Although the first two shops he tried were closed, he found open doors at Perfect Blend.

“All people need support and any support,” Cho said. “People of Highland Park are shocked and this is a trauma for so many people. Some may find support in the spiritual, and as a pastor, that is something I can do for this community.”

Highland Park resident Brad Schneider is walking around downtown, too, speaking with the numerous first-responders on scene.

The U.S. congressman just moved with his family to Highland Park in the spring. Schneider was a participant in the parade. He was at the train station waiting to march when the shots rang out about a block south. Paradegoers began to rush out of the area.

Schneider did not hear the gunfire but when he was told, he assumed one or two gunshots were fired. It wasn’t until he saw recorded video of the event that he realized the reality: as many as 60 shots from a high-powered rifle.

The congressman called for stricter gun laws, but also for reform in how people speak and communicate with one another.

“This is my home. … This community is going to need time — time to heal and recover. They are going to need support,” he said. “The outpouring of love and concern from the area and across the world is certainly felt by everyone here, but we’ve had 300 mass shootings this year alone. … Really besides the love, support and time, what we need is to take steps to reduce gun violence in this country.” 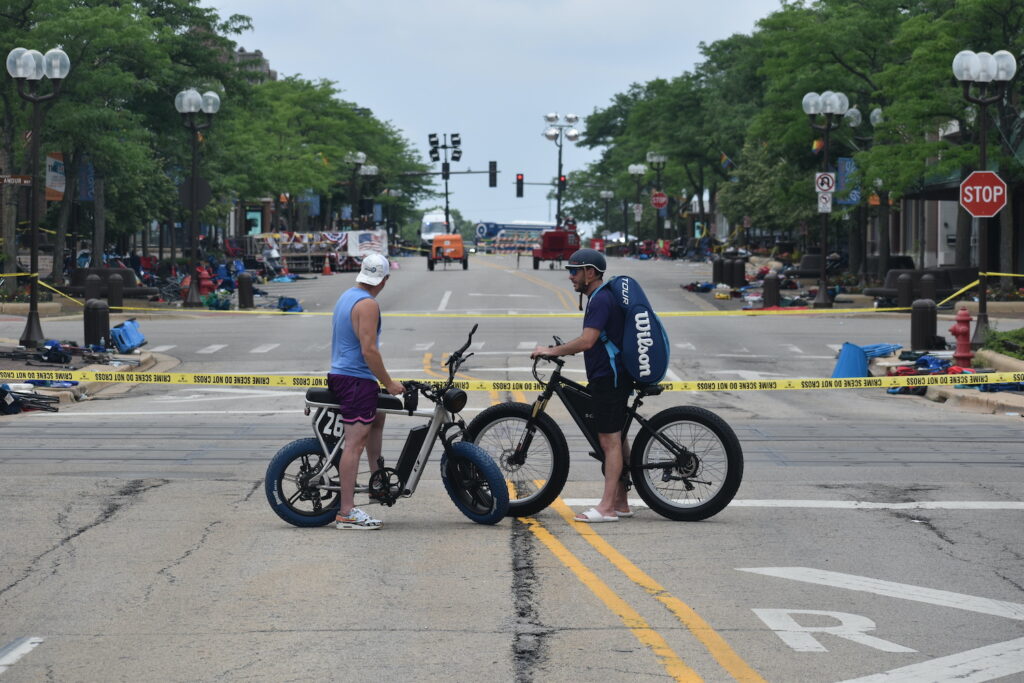