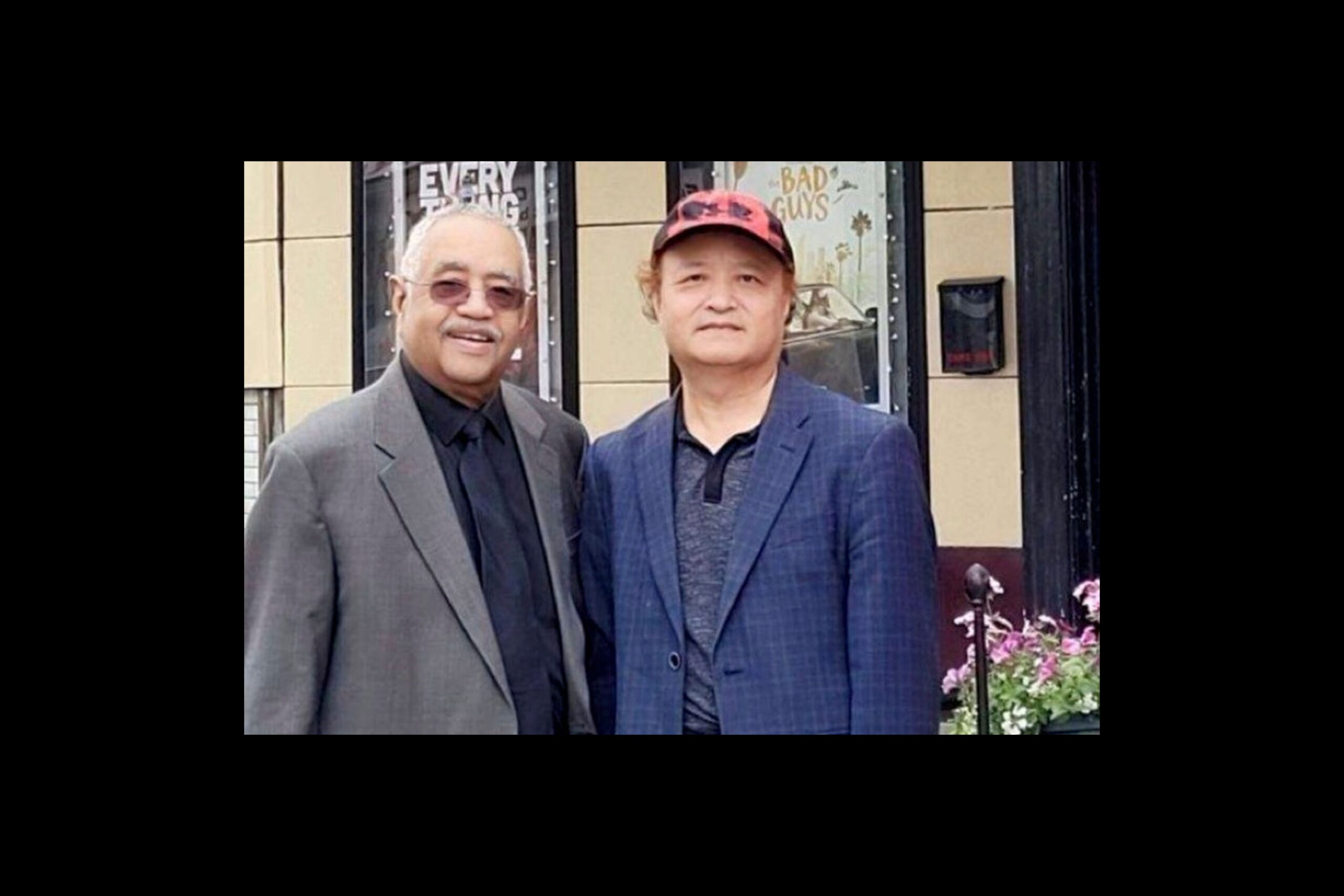 Van Gilmer with Gong Qian Yang, both of whom will highlight a Juneteenth concert at Wilmette Theatre. | Photo Submitted

The Lincolnwood Chamber Orchestra will perform “Harmony on the North Shore-Finding Common Ground” at 6 p.m. Sunday, June 19, to recognize Juneteenth.

In a press release, the event’s organizer, American Music Festivals, wrote that the concert will feature Wilmette’s own Van Gilmer and “music of the African-American experience.” Gilmer is the musical director at the Baha’i House of Worship and a member of the Village of Wimette Human Relations Commission.

The campaign surpassed Loyola’s goal of $70 million and “ushered in a new era at Loyola,” according to a school press release.

“Thanks be to God! This remarkable campaign is a testimony to the strength, vision and generosity of our Rambler community,” said the Rev. Patrick E. McGrath, Loyola’s outgoing school president. “What this campaign means for Loyola is beyond what numbers can measure, but best rendered by the increased potential and preparedness of our graduates and the strengthening of our Jesuit and Catholic mission.”

The funding efforts were anchored by a gift of more than $23 million from the estate of John D. Norcoss, a 1954 Loyola alumnus.

The program began in 2012 under the direction of McGrath, who reportedly prioritized six fundraising initiatives: tuition assistance, a new theater, a new pool, new and upgraded science labs, a fund to support Ignatian educators and a reserve fund.

The first phase led to a one-to-one iPad program and 12 multimedia labs for the sciences. It was followed by the John D. Norcross Aquatic Center, which cost $18 million and opened in 2019, and the Mary and L. Robert Pasquesi Piazza.

The second phase focused on the Center for the Performing Arts, a 29,000-square-foot complex that cost $27 million and is set to open in the fall.

In addition, the school earmarked $23 million for tuition assistance, which will provide scholarship funds to qualified students and educators and maintain a reserve to protect the scholarships.

Founded in 1909, Loyola Academy is the largest Jesuit high school in the United States. The school annually enrolls approximately 2,000 students, who come from all over the Chicago metropolitan area representing more than 90 different zip codes. The mission of Loyola Academy is to form women and men for meaningful lives of leadership and service in imitation of Jesus Christ through a college preparatory education in the Jesuit, Catholic tradition. Loyola has a global network of nearly 28,000 alumni.

Butler ran track at St. Viator High School and DePaul University, where he graduated with a bachelor’s degree in physical education and a master’s in education leadership. He then worked at Highland Park High School, where he coached boys basketball, track and field and cross country for eight years. He also spent time as the school’s athletic director before he was hired by New Trier in 2018.

“I look forward to continuing to work with an outstanding coaching staff to help our athletes be the best they can be as competitors and people,” Butler said in a press release. “I know there are great things to come from this talented and dedicated group of athletes.”

Butler will take over for Bob Spagnoli, who has headed up the program since 1990 and retired at the end of the most recent school year.

In those 32 years, the Trevians tacked up 357 IHSA State qualifiers and 79 All-State athletes and secured six sectional championships.

“Thank you to Augie Fontanetta and the New Trier Athletic Department for the opportunity to lead the New Trier girls track and field program,” Butler said. “I am humbled and honored to continue the team’s culture of integrity, hard work, and success that recently retired head coach Bob Spagnoli has fostered over the past 32 years.”

Butler began coaching Trevians track and field that year and cross country in 2019.

“I am confident Andy’s passion to work with New Trier student-athletes and his experiences in track and field will translate into success for the girls track and field program,” New Trier Athletic Director Augie Fontanetta said in a statement. “I am looking forward to the future direction of the program under Andy’s leadership and the positive experiences he will provide for his student-athletes.”