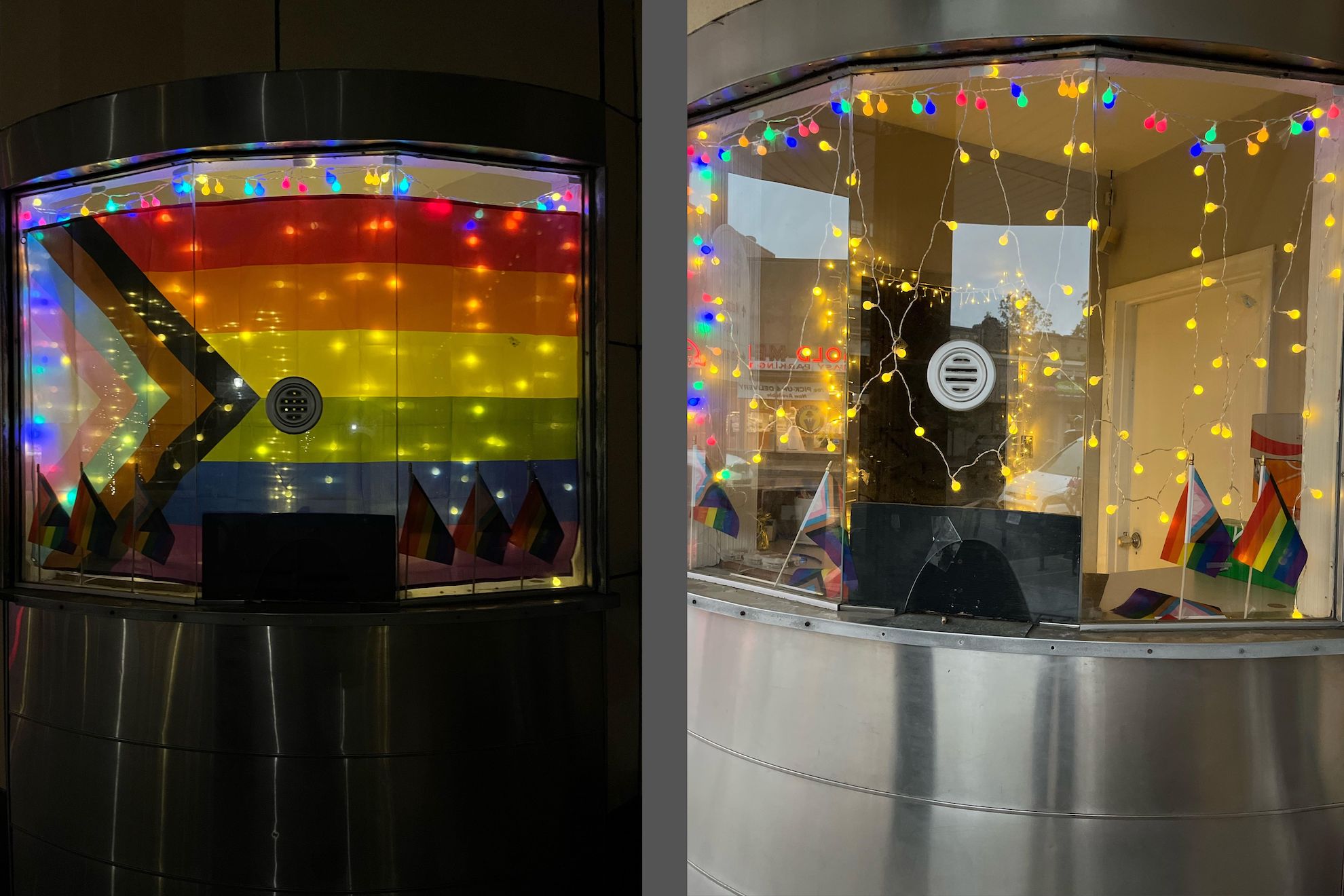 A larger and more elaborate Pride Month display is coming to the Wilmette Theatre following the criminal activity of at least one individual.

In response to an alleged theft, the theater will expand its Pride Month (June) display in a continued effort to support the LGBTQ+ community, said Amy Falkowski, the theater’s program director.

“We’re going to re-decorate the ticket booth, decorate the doors. We were already planning for a Pride film festival for end of month,” Falkowski said. “We’re really going to push all of that, so if anyone is walking by or driving by the theater there is no doubt we are a safe place for all and all are welcome here. We support what this month stands for and the entire community.”

The Wilmette Police Department confirmed the report, and Cmdr. Mike Clark said it is being investigated as a theft.

The flag was on display inside the theater’s ticket booth at 1122 Central Ave., where Clark said an offender would have had to move a barrier (wooden block) out of the way to reach through the small ticket-window opening and grab it.

The theater’s display followed the lead of  the Village of Wilmette, as well as other North Shore communities, which over the past couple of years has increased its efforts to support historically marginalized communities, such as the LGBTQ+ community during Pride month.

This year, for the first time, the village installed Progress Pride flags on lampposts along the Green Bay Road corridor and in the Linden Square business district, inspiring Falkowski and other community leaders to show their support for the LGBTQ+ community.

“You drive and walk around Wilmette and there are Pride banners within this community and in people’s lawns,” Falkowski said. “It feels like it is an inclusive and special place, and we put something up that contributes to that and lets the community know we are a safe place for all. And to have someone vandalize that makes me angry. I’m not happy letting someone get away with something that seems hateful and that hurts.”

In early 2021, a pride flag outside of Winnetka Congregational Church was repeatedly stolen over a six-week period.

Clark said “there is no other pattern in town right now with similar facts or circumstances.”