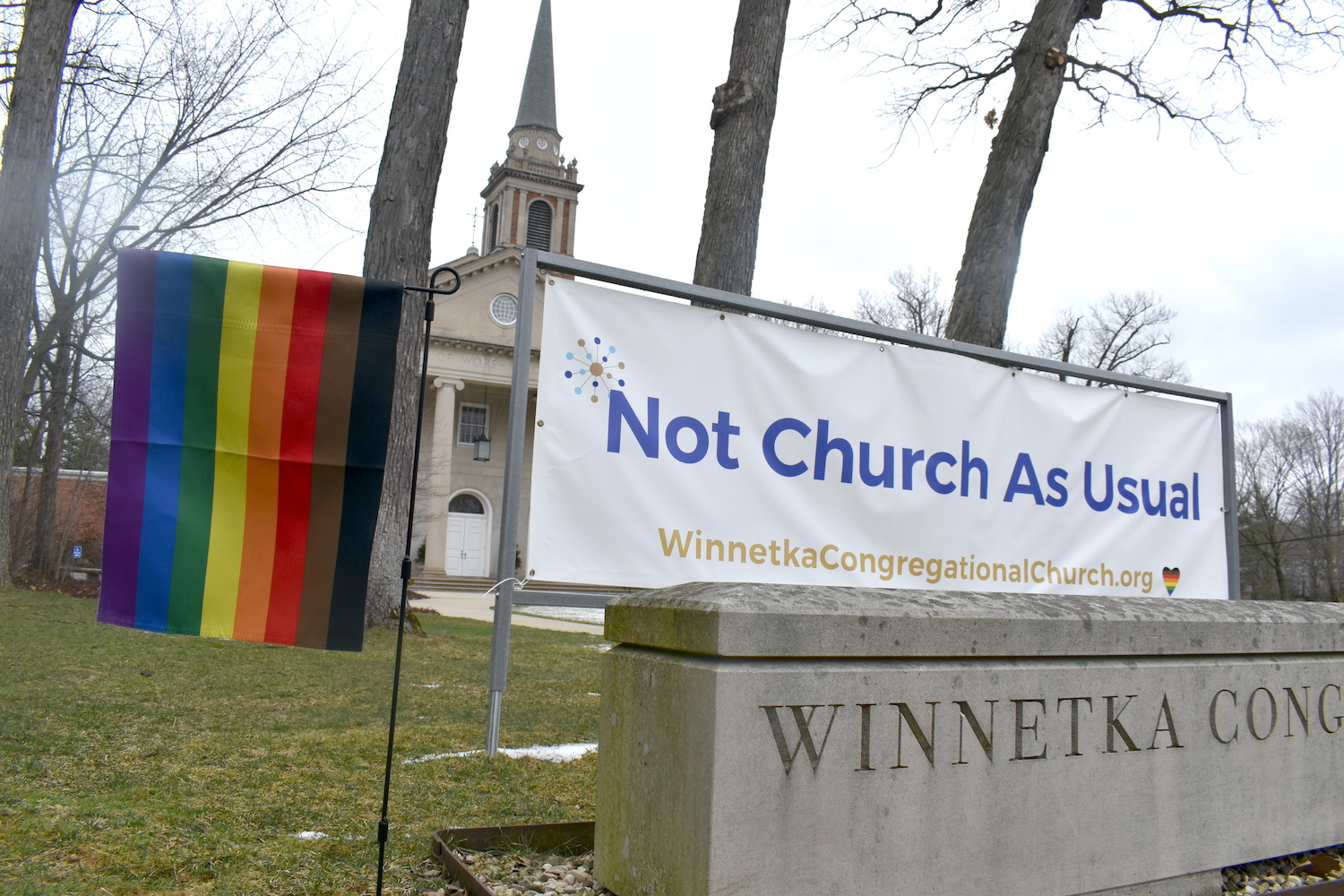 In a six-week span, the rainbow-colored pride flags outside of Winnetka Congregational Church have been taken three times, according to a report from the Winnetka Police Department.

The church’s director of operations Patti Van Cleave, who filed the report after the third theft in early March, said she is hoping the thefts are a “fluke.”

“I think it is kids just walking by and not knowing what they’re doing,” she said. “I’d like to think that about our fellow Winnetkans; that it’s just a fluke and not anything intentional.”

The church began placing the flags on the front lawn on Pine Street as a sign of unity in the early stages of the pandemic.

An inclusive culture, however, has long been a part of the church’s makeup.

Founded nearly 150 years ago, in 1874, Winnetka Congregational Church calls itself a “House of worship for all people.” From the beginning, the church welcomed worshippers of all denominations, and in the 1950s, it dropped the “congregational” affiliation to officially become an open faith community, according to the Winnetka Historical Society.

On its website, the church spells out its mission and how it serves it, bolding the text: “anti-racism, LGBTQ-inclusion, multifaith solidarity and environmental justice.”

Over the past year, many institutions have crafted or amended inclusivity statements to announce their support for individuals from all walks of life. Winnetka Congregational Church has had a statement for years and updated it four years ago.

“We are an open and affirming congregation,” Van Cleave said, “certainly about LGBTQ rights and values. It’s something we believe strongly in, and that’s why we have the flags out there.”

Gay pastors have been involved in the church “for the last couple decades,” she said.

The pride flags are garden-style flags planted in the ground on either side of the church’s stone sign in the front lawn.

According to the police report, the first theft was noticed on Jan. 18, with two others occurring through March 3.

New pride flags flanked the sign as of Tuesday, March 16.