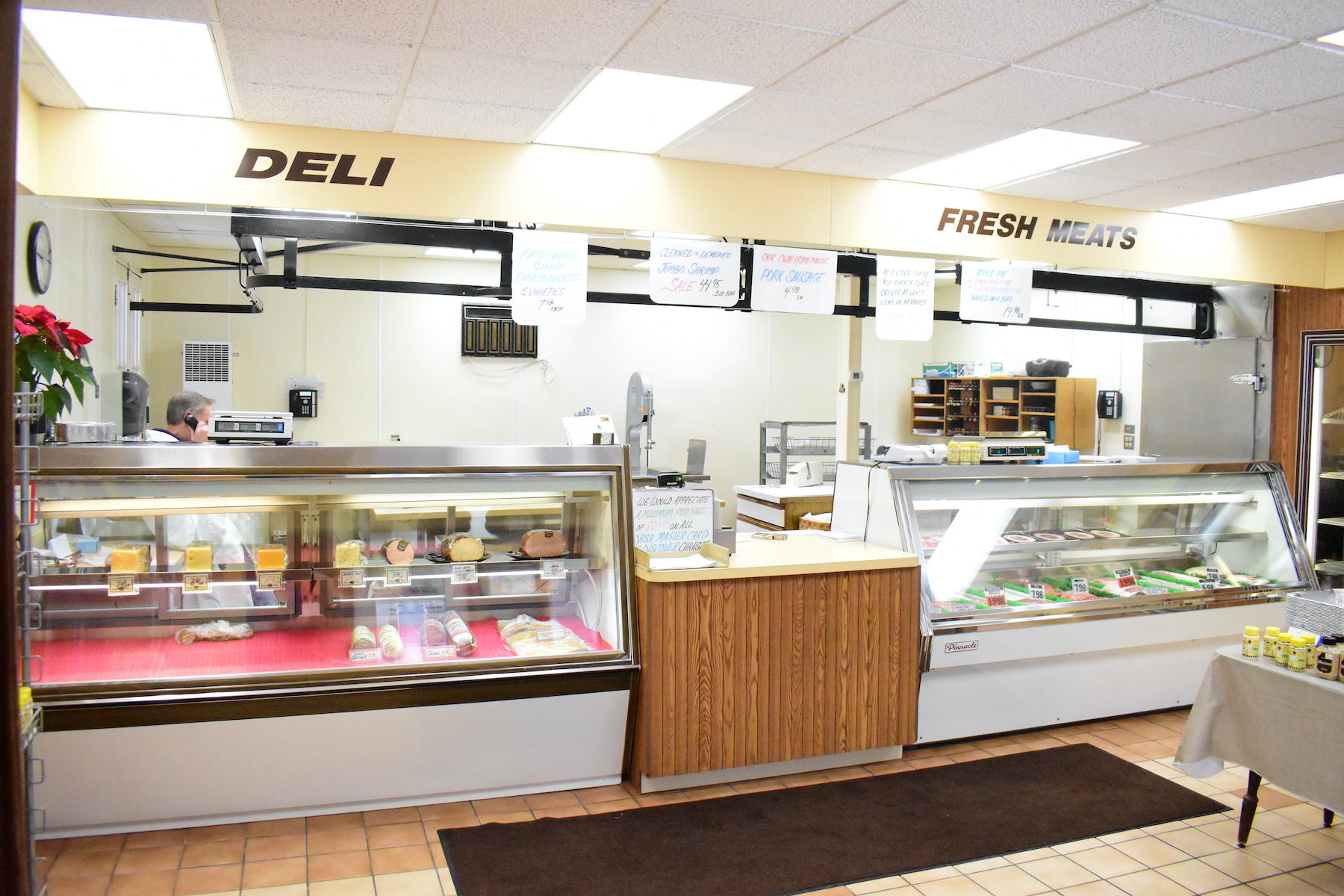 It is closing time for NorShore Meats & Deli.

The 57-year-old Wilmette butcher shop announced in February that it is in its final stretch and will close for good at the end of March.

Gail Ferrari, who runs the store with her brothers Mike and Ed, said it is the right time to pack it in.

“I’m 71. My brother Ed’s wife retired last year … he worked one extra year,” she said, adding that Mike deals with constant hand pain, as well. “It’s always been just the three of us running the place. We’re getting too old.”

According to Gail Ferrari, the building at 421 Ridge Road has served meats and more for a century. It was once a grocery store, which then turned into a butcher shop owned by the Borre family.

After Borre’s butcher shop went under in the 1960s, one of its employees, Archie Ferrari, bought the building and opened NorShore Meats in 1964.

Archie’s children — Gail, Ed and Mike — began working at the shop at different points in the 1970s. The siblings purchased the store and building upon Archie’s death in 1993, Gail Ferrari said.

NorShore kept it simple through the years, butchering and selling quality steaks, pork, poultry and more in a clean and friendly environment.

“I think how particular we’ve been about always getting the best product available and freshness and service,” Gail Ferrari said about the keys to success. “We bend over backward to do whatever the customer wants.”

On a summer Saturday, you could grab NorShore’s homemade potato salad or on any night, the ready-to-cook meatload or pepper steak made things a little easier for local families.

And for their efforts, the Ferraris gained a loyal following. So much so that the shop’s storeroom became known for its conversations as much as its cold cuts.

“Part of what is really sad (about closing) is so many of our customers aren’t just customers, they’ve become friends,” Gail Ferrari said. “The hard part is you are not just saying goodbye to somebody you see now and then, these are people who have been shopping with us forever.”

For about 20 years, Shelly Fabrizio, of Wilmette, has been a customer of NorShore Meats.

Each visit, Fabrizio enjoys a warm welcome and of course, goes home with quality product — sometimes too much of it.

“They all are so friendly and kind,” Fabrizio said in a message to The Record. “They have let me know exactly how much to purchase and often have told me I’m getting too much. But I love the leftovers.

“Customer service has always been outstanding! No matter how busy they are they have time to chat. … It’s really been my pleasure to shop at NorShore Meats.”

The detail and passion put forth by the Ferraris is a primary reason they did not entertain selling NorShore Meats to a new owner, Gail Ferrari said.

She said the store name and family name are intertwined.

“You do whatever has to be done when it’s family,” she said. “Other people don’t do that. We built a reputation and don’t want the name to go on with how particular we’ve been about everything.”

The Ferraris may plan a going-away event as the final day approaches. If so, details will be posted in the store or on the shop’s Facebook page.