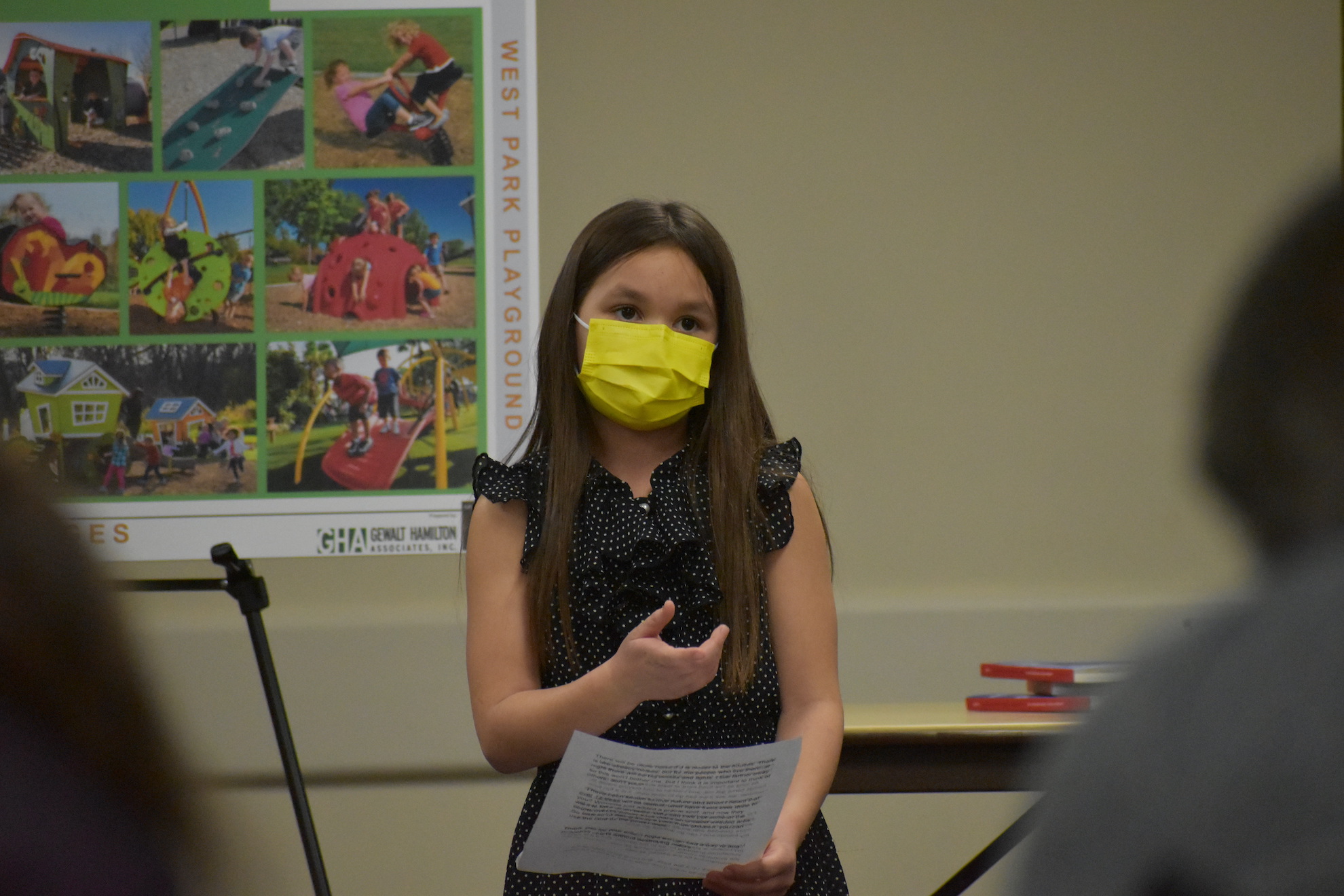 An uprising against plans to revamp Wilmette’s West Park continued during a community meeting Wednesday, Feb. 9, at the Community Recreation Center.

Close to 25 of the park’s neighbors showed up to offer input on the Wilmette Park District’s plan to relocate and upgrade the park’s playground equipment.

The relocation of the playground is a side effect of the district’s plan to expand the racket-sport facility on West Park grounds, and according to park officials, the playground equipment is approximately 20 years old, which is its useful-life threshold and it must be replaced to meet industry standards.

The expansion calls for two additional paddle-tennis courts, a larger paddle-tennis hut and a dedicated pickleball space featuring eight courts, which are planned for the area currently occupied by the playground.

The meeting on Wednesday — which was overseen by Kristi Solberg, the park district’s superintendent of parks and planning, and led by Michelle Kelly, principal architect with Upland Design, the firm tasked with upgrading the playground — was dedicated to the playground changes; however, concerns from residents regularly crossed over to include the planned growth of the facility.

Kelly handled questions about the playground’s size, materials, access and potential equipment. She said the play area will be designed to provide shade and include mature and budding trees. Attendees were encouraged to review and suggest potential equipment.

As the equipment is replaced, the park will go without a playground for about three months, Kelly and Solberg estimated.

Two children who regularly use the park authored letters that were read at the meeting. The girls expressed their hopes that the playground is kept safe as it is surrounded by recreation, such as the paddle courts to the west and turf field to the north.

Some of the residents hope the playground will not need a relocation, as they continue to fight efforts to install pickleball courts amid a lengthy public process.

Sparked by resident interest for more platform tennis and pickleball, a plan to expand West Park’s facilities began to gain momentum at the district’s committee level in the spring of 2021. The Park Board reviewed refined proposals toward the end of 2021 and included funding for the project in the 2022 budget.

A group of concerned residents first confronted park officials during an information meeting at West Park on Jan. 4. That conversation has continued through digital communication ever since.

The next chance for interaction is Monday, Feb. 14, when the entire project will be discussed at a meeting of the Park Board’s Centennial Facilities Committee. A followup meeting about the playground will be scheduled for early March.

The park district must also collaborate with the Village of Wilmette on the project, which is slated to be in front of the Village’s Zoning Board of Appeals in March or April.