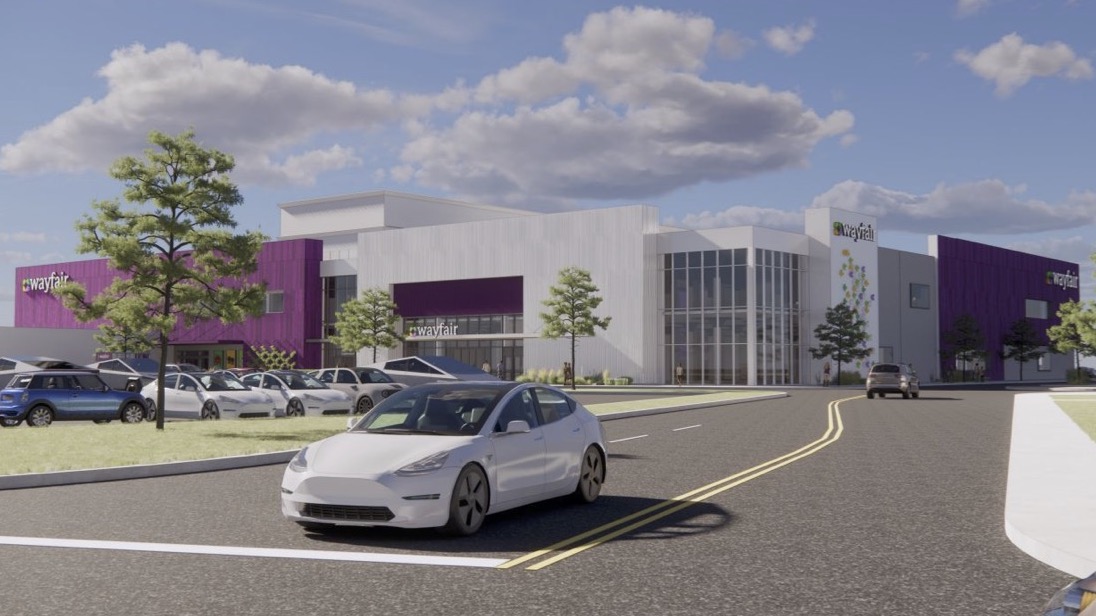 Officials from digital retail giant Wayfair, along with the new owners of Edens Plaza, shared their vision for the incoming anchor store with the Wilmette Village Board at its regular meeting on Tuesday, Jan. 11.

The village announced on Thursday, Jan. 6, that the online retailer will be opening its first brick-and-mortar store in Edens Plaza, filling the 150,000-square-foot space left vacant by Carson Pirie Scott in 2018.

Peter Friedman — a partner with Elrod Friedman LLP and entitlement counsel for Edens Plaza, now owned by WS Development — spoke to Wilmette trustees on the next steps for Wayfair when it comes to final approval and the eventual opening of the store.

“After tonight … we will be meeting with the (Appearance Review Commission) on Jan. 24, and then again on Feb. 7 for the purposes of the appearance review certificate and for possibly sign variation review,” Friedman said. “We will then have a public hearing on Feb. 2 with the Zoning Board of Appeals on two limited floor area and height variations that are necessary to allow Wayfair to undertake its exciting new project on the property.”

From there, Wayfair will return to the Village Board of Trustees on Feb. 22 for what Friedman said will hopefully be final approval.

“All of this toward Wayfair’s targeted mid-2023 opening date,” he said.

WS Development reached a tentative deal in December to purchase Edens Plaza from Newport Capital Partners, who owned the plaza since 2019.

According to Village of Wilmette documents, Massachusetts-based WS Development says it plans to “breathe new life” into Edens Plaza by attracting a diverse retail scene and executing physical improvements, such as lightening the color of the brickwork and adding vertical landscape features.

The firm declined to answer further questions from The Record on the agreement, including the transaction amount, and a time line for aesthetic work.

Village Manager Mike Braiman said this type of meeting, where an applicant would appear in front of the board prior to meeting with the Appearance Review Commission, is not typical, but an exception was made given the unique scope of the project.

“We’re doing this differently given the prominence of this project, that it’s the single-largest piece of retail space we have in our community by far,” he said. “It’s at the entrance to our community and it’s also in our shopping center that is our largest sales tax driver.”

Karen McKibbin, Wayfair’s head of physical retail, spoke about what will make the store a unique experience for shoppers. She said Wayfair will be based around a “neighborhood concept,” and have “a center market area; there’ll be a definite traffic pattern. It’ll be two levels.”

She said the store will offer an “omnichannel” experience, both in terms of their in-store experience in the products they offer.

McKibbin added that Wayfair wants to be a good neighbor, saying they plan to offer classes and would open their space for outside groups to use.

“And (we) really want to be a part of the community,” she said. “Not just somebody who has a store here.”

Trustee Kate Gjaja described herself as a “fan” of Wayfair, and said she’s been following their growth over the years.

“I think this is an interesting next stage in the development of Wayfair,” she said.

Village President Senta Plunkett, in addition to encouraging more green space in the mall, said she’s looking forward to working with Wayfair as they continue their process to move to Wilmette.

“It’s a great community, and I think the more you get to know it, you’ll kind of come to fall in love with it like we do,” she said.

Trustee Dan Sullivan also praised Wayfair for their decision to come to Wilmette.