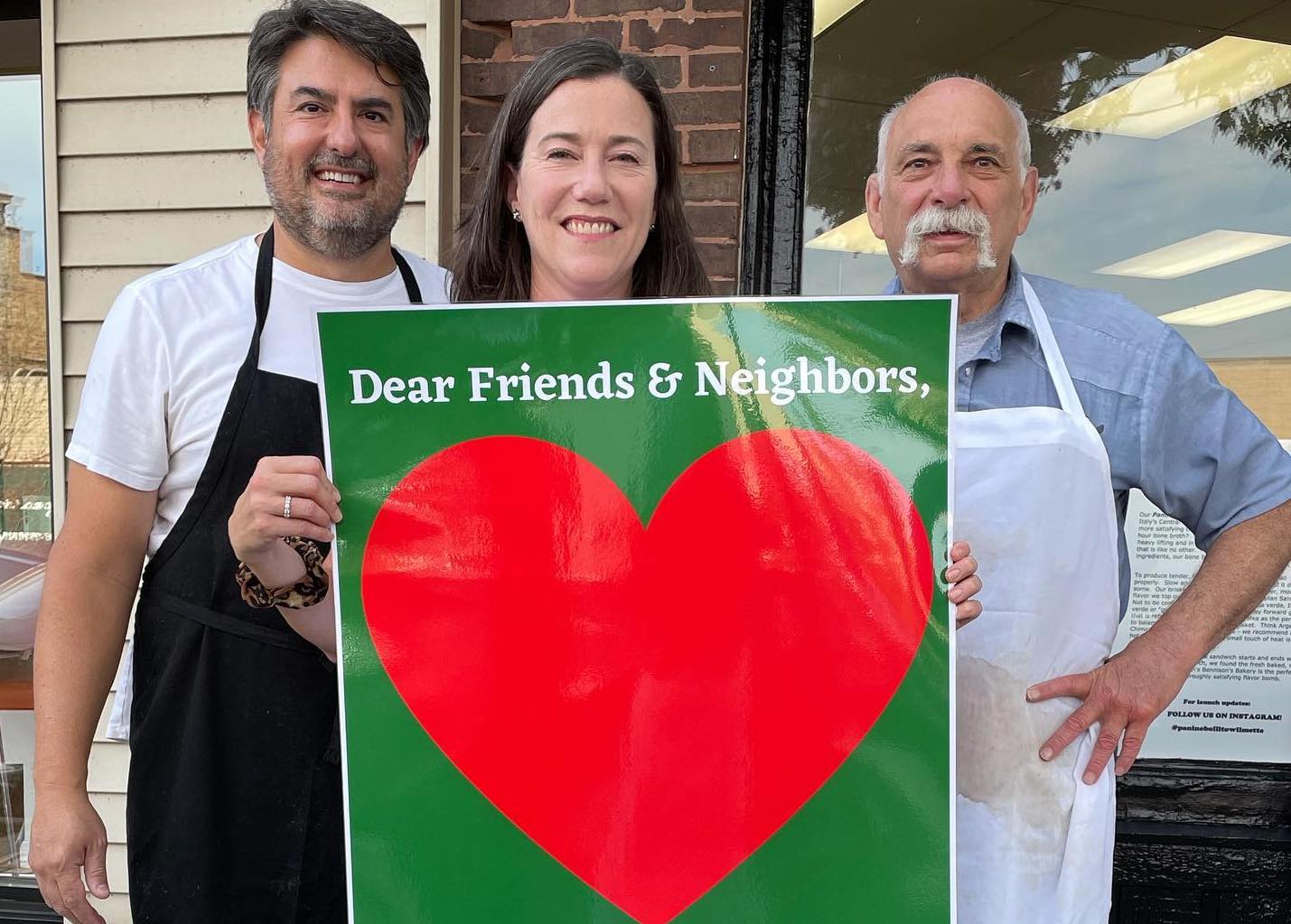 The Bollito is working on a comeback — and it will have friends.

The Italian-style brisket sandwich created by Keith Veneziano, of Wilmette, charmed locals this summer when it was available once a week out of Al’s Meat Market, 165 Wilmette Ave., and now, the Venezianos are working to keep serving made-to-order sandwiches there.

The Venezianos’ proposal was favorably met by the Zoning Board of Appeals on Wednesday, Dec. 1. The unanimous recommendation will be passed to the Village Board, which will consider the plan on Jan. 11.

Molly and Keith told the zoning board that they plan to operate the pop-up shop for lunch (11 a.m.-2 p.m.) on Fridays and Saturdays, offering a new hot sandwich every quarter.

The Venezianos original sandwich, the Bollito, was sold from June through August this past summer. The sandwich was a variant of an Italian beef for which Keith used brisket boiled in bone broth. The meat is chopped, placed on a dipped roll and joined by two dressings.

The Venezianos did not return messages from The Record, so it is unclear if the Bollito will be part of the shop’s quarterly rotation, but Keith told the zoning board any sandwich will fall in the same genre.

“The sandwich designs are inspired by the old-school butcher shop — simple, rustic sandwiches that use high-quality ingredients,” he said.

The name of the pop-up restaurant is also yet to be determined, Keith told commissioners.

Keith Veneziano earned his culinary degree in 2020 and began working with Joe Spera at Al’s Meat Market later that year.

He told The Record in June, ““To see the landscape of downtown Wilmette change has been dramatic, truly dramatic. This is what we’ve found: The community, not just Wilmette, but the community at large is welcoming of these little ideas. It’s very comforting. It’s added a little layer that makes Wilmette stand out.”

Al’s Meat Market opened in downtown Wilmette in the early 2000s. Alongside fresh cuts of meat, pork and poultry, Al’s offers other groceries. The proposed pop-up sandwich shop would serve out of the corner of the market.