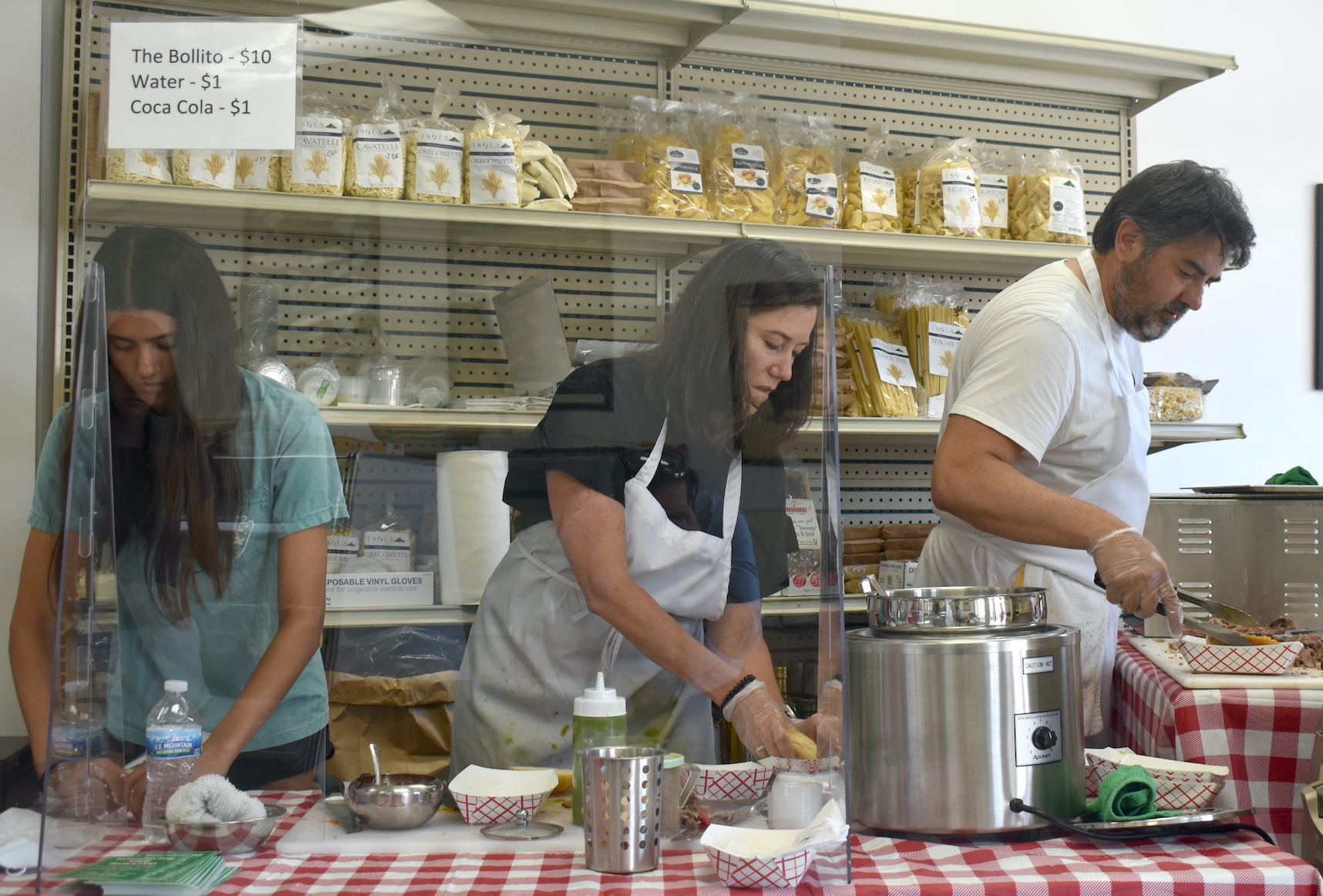 You shouldn’t mess with Chicago food. But if you do, you better not miss.

Wilmette’s Keith Veneziano hopes to have a bullseye with his riff on an Italian beef sandwich. He calls it the Bollito.

You can see for yourself how it stacks up — if you’re quick enough. Keith and Molly Veneziano sell the sandwich for three hours (11 a.m.-2 p.m. on summer Fridays at a small pop-up shop within Al’s Meat Market in downtown Wilmette.

In the first week on June 4, all 50 Bollitos sold within 90 minutes. This Friday, June 11, the Venezianos will make 75 sandwiches.

A traditional Chicago Italian beef starts with a round (top or bottom) roast cooked in a substantial amount of liquid and seasonings. The Bollito uses brisket that is boiled for 12 hours in a bone broth — and that’s all the Venezianos would reveal about the main ingredient.

“I wanted to come up with a sandwich that was simple, rustic, that kind of goes with (Al’s Meat Market’s) space,” Keith Veneziano said. “ … When you slow simmer brisket, it breaks it down and makes it very, very tender. Brisket is a delicious cut of meat, but you have to treat it right.”

Bollito translates from Italian to “boiled,” but it’s “not that sexy when you say boiled meat sandwich,” Keith laughed.

Once ready, the brisket is chopped and escorted to a hard round roll from Evanston’s Bennison’s Bakery. And much to Chicagoans delight, the roll has been dipped in au jus.

The sandwich then gets two toppings: “a drizzle of green,” what the Venezianos describe as an Italian salsa verde that leads with parsley; and “a dollop of red,” a relish made from the Italian Calabrian chili pepper.

“It’s the right amount of heat to balance out that bright salsa verde,” Keith said.

The Bollito is Keith’s first release as a chef. Formerly in pharmaceuticals, he followed a lifelong passion for cooking to culinary school. He graduated in March of 2020.

Keith cut his teeth at a deli in Elmwood Park before teaming up with Joe Spera, owner of Al’s Meat Market in August of last year. The sandwich came next.

The future is wide open for the Bollito. Molly and Keith said they’ll see how the summer plays out and take things from there. Right now, they are glad to be working with Spera in downtown Wilmette.

“To see the landscape of downtown Wilmette change has been dramatic, truly dramatic,” Keith said. “This is what we’ve found: The community, not just Wilmette, but the community at large is welcoming of these little ideas. It’s very comforting. It’s added a little layer that makes Wilmette stand out.”