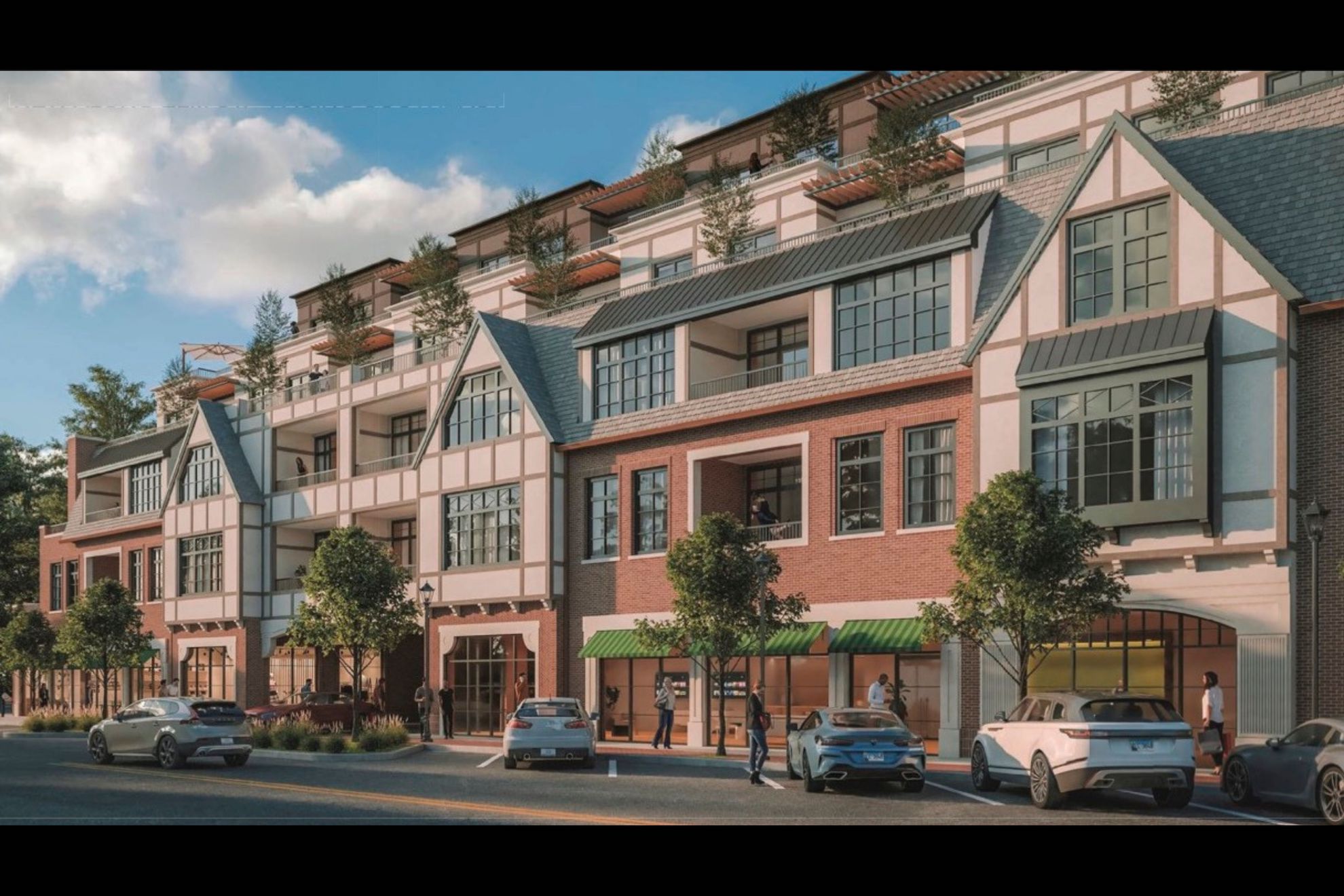 Winnetka Village Manager Rob Bahan saved the best for last Thursday, Dec. 2, during his portion of the virtual State of the Villages event organized by the local League of Women Voters chapter.

While explaining the ongoings in Winnetka, Bahan finished with the news that One Winnetka was coming back to the table. The original developer, he said, has submitted new concepts to redevelop the southeast corner of Lincoln and Elm streets.

The Winnetka Village Council will give the early-stage designs a first look during its regular meeting on Tuesday, Dec. 7.

“This is just the beginning of a process and is an opportunity for the developer to present the concept and get feedback from the council and the community,” Bahan said during the event.

The meeting will occur less than a month after the council approved settlement agreements to halt litigation associated with the One Winnetka project.

Prior to the Nov. 16 meeting, Winnetka Community Development Director David Schoon said that property owner Romspen Mortgage, which took over the properties out of foreclosure, was already in advanced discussions with One Winnetka developer David Trandel, of Stonestreet Partners.

According to village documentation, Trandel is behind the new concepts along with a new designer, OKW Architects, and partner, Murphy Development Group.

An introductory note in the developer team’s project application reads in part: “(Murphy), a new face on the team, brings to the table a deeply creative understanding in luxury, multi-family housing and mixed-use developments as well as the economic realities associated with the product type. (Murphy) will help us to better respond to the marketplace and make One Winnetka not a dream, but a reality.”

The note goes on to mention that the development’s “luxury apartments” fill a void in the North Shore and when paired with the commercial space, “promote community, walkability and place-making” to advance Winnetka’s downtown.

One Winnetka gained headlines as an ambitious multi-use development that eventually gained Village Council approval in 2018 after more than 30 public meetings. A year later, however, the council pulled its approval after Trandel and company failed to meet project deadlines.

Another developer, CA Residential, then submitted preliminary designs to develop the site but backed out after the Winnetka council’s initial review and feedback in January 2020.

The site was then tied up in litigation until November 16, when the Village Council approved settlement agreements that ended the lawsuits and awarded more than $200,000 to the Village of Winnetka.

With the road cleared, Romspen and Trandel’s team were ready with a new multi-use concept — still called One Winnetka — that is a five-story building with 18,000 square feet of commercial space on the first floor and 74 apartment units spread through Floors 2-5. The design will add 158 parking spaces, 115 of which will be underground for residents of the complex, according to a memo from Village of Winnetka staff.

Other significant differences between the plans include the exclusion of 736 Elm St., home to Conney’s Pharmacy. Also, in the new design, the old Phototronics storefront at 740 Elm St. will survive but “the applicant intends to refresh the look and re-tenant the building,” village documents say.

Using a stepback design, the fourth and fifth stories of the building will be set further back from the property line than the first three floors. The documents say, “The step back of the upper stories is required by code to reduce the perceived scale of buildings at the sidewalk.” The 2018 design featured no such step backs.

According to the staff memo, the council is only reviewing the One Winnetka designs on Tuesday, Dec. 7; it will not take any action. This is the second of four phases in the plan review process. The third step, should the applicant stick with the project, is for the applicant to submit a preliminary plan development application to first be considered by the Planned Development Commission and Design Review Board.