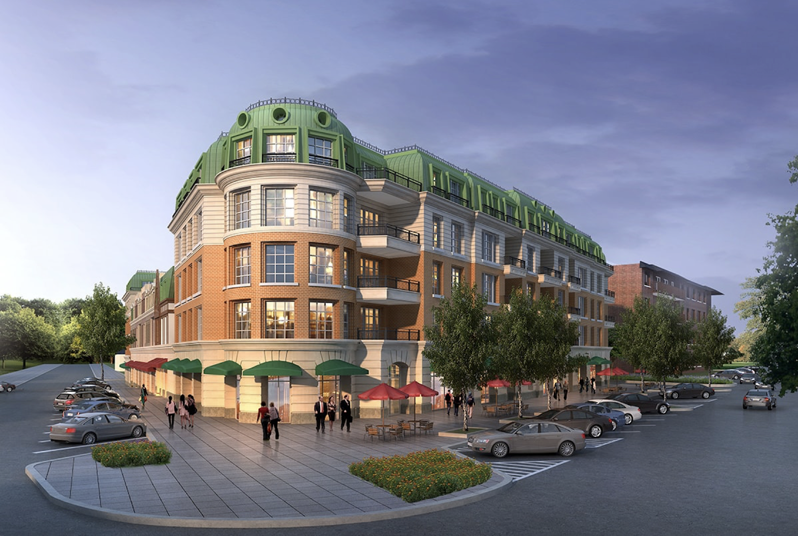 A significant obstacle is disappearing from the path to develop the southeast corner of Lincoln and Elm streets in Winnetka.

During its meeting Tuesday, Nov. 16, the Village of Winnetka Council is expected to approve settlement agreements that will end ongoing litigation in relation to the failed One Winnetka project.

As part of the settlements, which are conditional on each other, the Village will receive more than $200,000, according to village documents.

In 2018, the Winnetka Village Council approved a mixed-use development for the prize location in downtown Winnetka that comprises 511-515 Lincoln Avenue, 714-732 Elm Street and 740 Elm Street, a visible downtown location that has been called “blighted.”

The project — called One Winnetka, which still maintains a website — was a $100-million, three-building, mixed-use development that would include 30,000 square feet of commercial space, 22 condominiums, 36 “luxury rentals” and more than 200 parking spaces.

The Village of Winnetka held more than 30 public meetings involving One Winnetka, which was officially approved in October 2018.

When the developer, David Trandel, failed to meet several agreed-upon milestones, the Village of Winnetka in 2019 terminated the development agreement, and the property soon fell into foreclosure.

Amid the foreclosure process, the Village of Winnetka sued property owners SB One Winnetka and SB Winnetka in Cook County court for a failure to maintain the property, alleging unsafe conditions and code violations.

Lender Romspen Mortgage assumed ownership of the property out of foreclosure.

In March 2021, Romspen and the property receiver, Ryan McNaughton, sued the Village of Winnetka for purportedly interfering in a prospective property sale to a third party. Prolific local developer Hoffman Commercial Real Estate had once agreed to purchase the site, but the agreement was terminated.

Romspen’s litigation was dismissed; however, Romspen and McNaughton filed a motion to reconsider.

“In order to avoid the time, expense, and uncertainty of further litigation,” the agreement reads, all parties agree to settle “the Unsafe Property Action, only in conjunction with a separate settlement agreement and mutual release” from Romspen’s lawsuit against the Village.

In the settlements, all parties are released from liability and agree not to sue, village documents say.

The Village says the settlements allow it to enforce its building and life-safety codes at the site, while Romspen is required to make utility payments, install new window treatments and maintain utility connections.

With the legal roadblocks cleared, Schoon said the village is open to consulting with prospective developers upon Romspen’s request and added that the property owner currently is in continued discussions with original developer David Trandel.