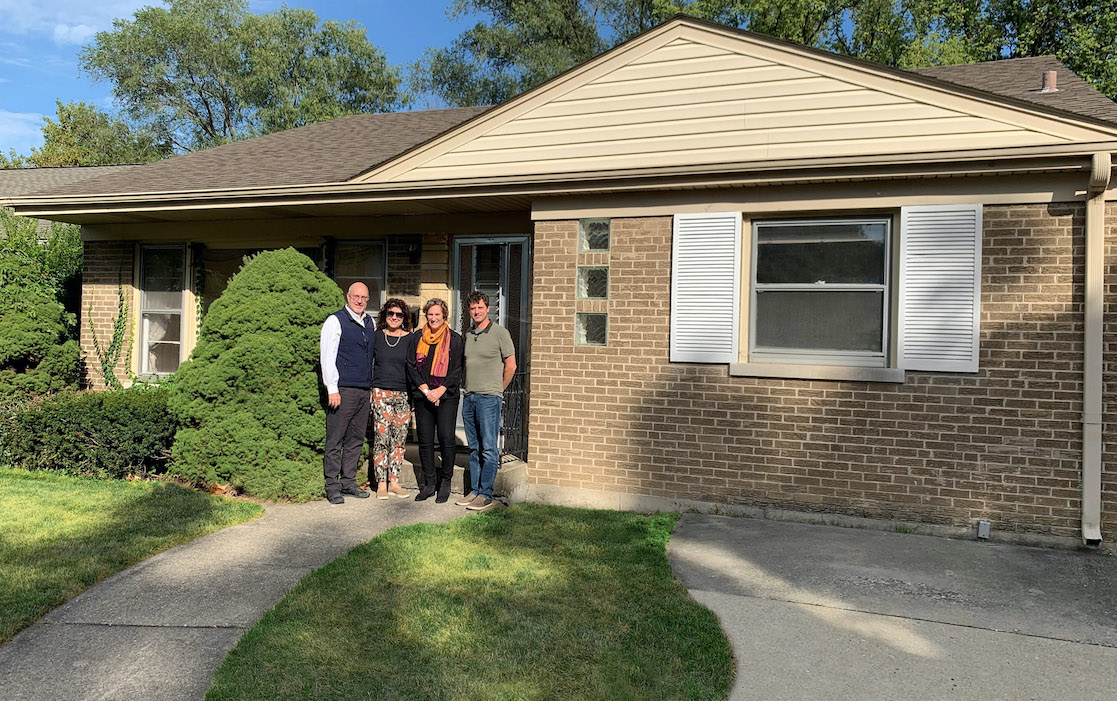 It has been a year of firsts for affordable housing in Wilmette.

In the latest milestone local groups collaborated to purchase a home in west Wilmette in August to become a permanently affordable residence.

Community Partners for Affordable Housing got an assist from the Morgante Wilson Foundation to buy and renovate the three-bedroom, two-bathroom home before selling it to a qualified low-income household under the Community Land Trust program.

The Morgante Wilson Foundation is led by Wilmette residents and couple Fred Wilson and Elissa Morgante, who launched the foundation in 2020. The organization’s first fundraising campaign benefitted this project.

“As residential architects, Elissa and I have built our careers on our personal and professional belief in the importance of home and the idea that everyone deserves a place where they feel safe and that they can call their own,” Wilson said in a press release. “We see sustainable affordable housing models like CLT as such a critical tool in building stability through home ownership – so much so that we created the Morgante Wilson Foundation nearly a year ago to focus our firm’s philanthropic efforts on those principles.”

The home reportedly will be one of 14 CLT homes CPAH builds in Wilmette over the next four years.

Wilmette, along with many of its neighbors, was one of 46 Illinois communities (1,000 or more residents) with less than 10 percent of its housing units deemed “affordable” by the Illinois Housing Development Authority in a 2018 report.

Village officials have called addressing the issue a priority.

In August, the first nonsenior affordable-housing development opened in Wilmette. Cleland Place, 1925 Wilmette Ave., is managed by Housing Opportunity Development Cooperation and features 16 apartments that cost between $600-$800 per month.

Then, in October, the Village of Wilmette received $1.6 million in affordable-housing funding from Optima — a developer that committed to the support to move forward with its 100-unit mixed-use project in downtown Wilmette. The money will help fund 14 affordable housing spaces across town, according to village officials.

The home in west Wilmette is Wilmette’s first single-family residence dedicated to affordable housing. According to CPAH, the CLT program maintains the home’s affordability in perpetuity.

“The success stories you hear from CPAH often involve those who’ve simply come up against difficult circumstances, whether an illness, change in employment or other situation,” Morgante said in the release. “The CLT model provides the boost they need to purchase a safe and secure home in a supportive community with great schools, strong park district programs, exceptional libraries and more.”

The Morgante Wilson Foundation is focusing on Wilmette, the release says, and it is planning more local support in the near future.